If you are not tired from watching fireworks footage, here is something I don’t think was seen before. Videographer Jos Stiglingh took his DJI Phantom 2 along with a GoPro Hero 3 silver and flew them right into a fireworks show. Some of the footage is shot above the action, but some of the footage is shot with sparkles and debris flying around the camera (see the first photo after the jump).

I don’t actually think there is another way of obtaining such footage. And while I can’t vouch for the safety of such practice (either of the drone or of the spectators) Jos reports that the drone was unharmed. 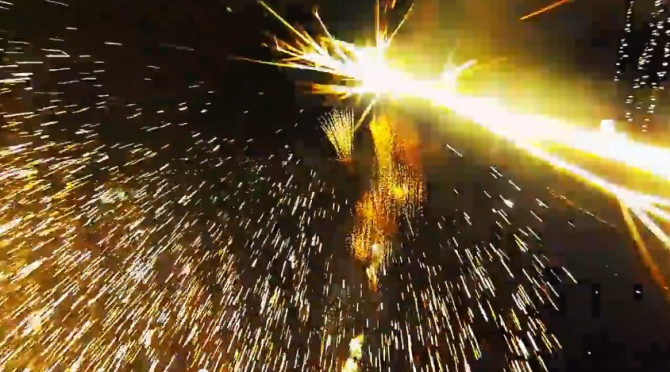 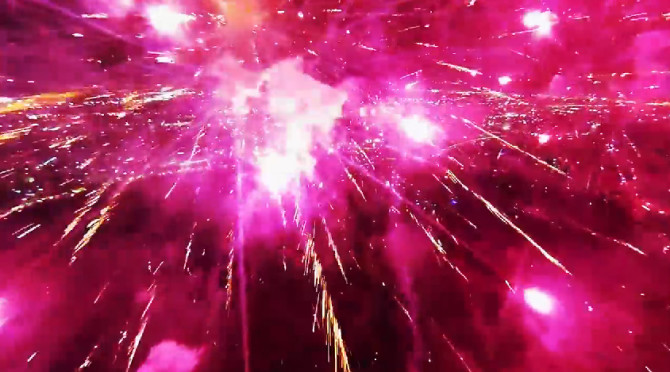 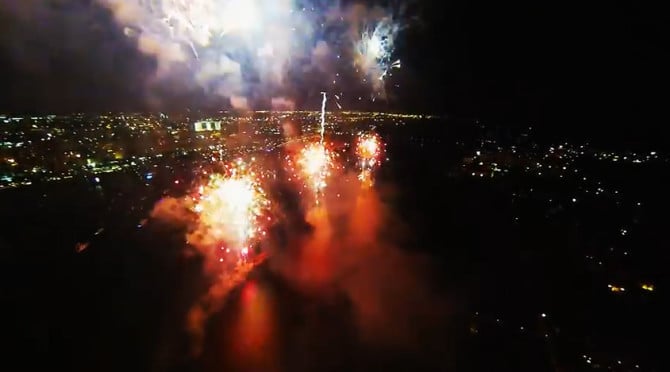 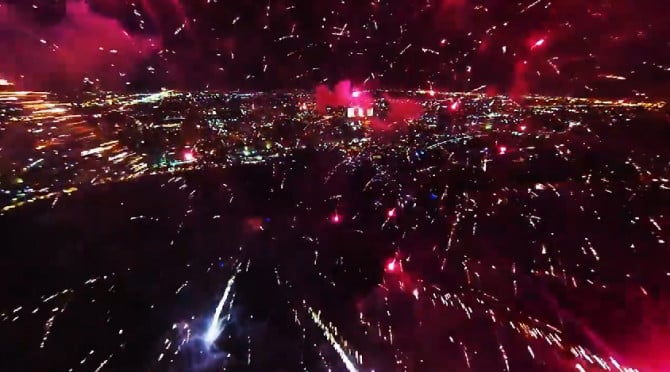 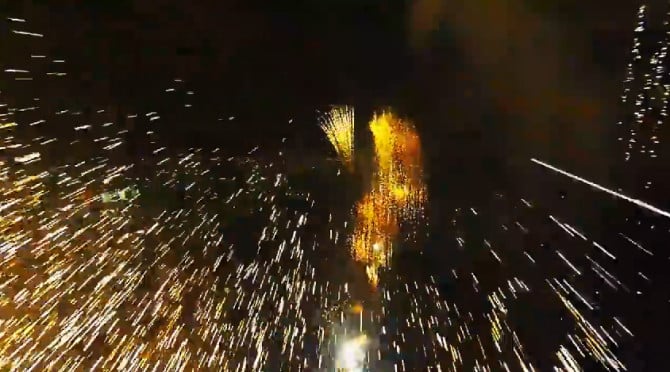 The results are staggering and are in a close match to the footage of blasting the death star. If only George Lucas had drones back in the days.

[Fireworks filmed with a drone via gearjunkie h/t Stefan]

« Convicts Share Powerful Advice With Younger Versions Of Themselves
A Time-Lapse with a Twist: The Night Sky in Sync with the Camera »