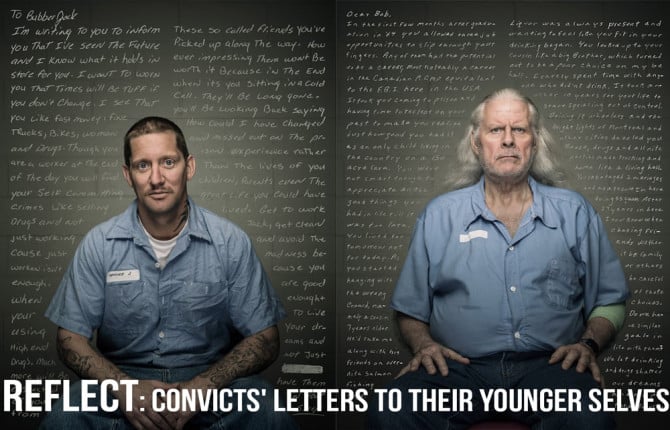 How many times have you wished you could go back in time and advice a younger version of yourself to avoid doing something with hideous consequences? Photographer Trent Bell came to the realization of the power of choices we take when a friend of his got sentences to 36 years in prison. The fact that this friend was an educated professional, a husband, and a father of four children got Bell obsessed with the impact of bad choices. Not only of his friend but also his own.

This realization resulted in a of photo project that merged large-scale portraits of inmates in the Maine prison system with handwritten letters the convicts composed as though writing to their younger selves.

It was very emotional, very enlightening, to be in that situation and talk to those guys. You had time to stop and think about your own life and appreciate where you are at. They are all pretty much normal guys who made some bad decisions. It’s quite a bit of an awakening that we are all capable of what those guys have done. 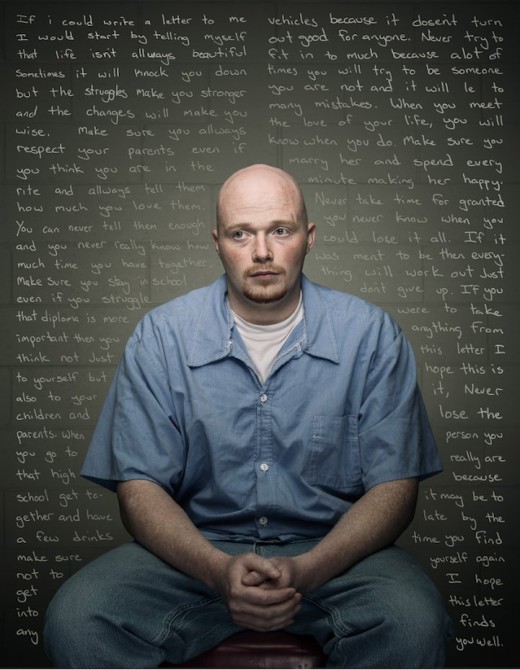 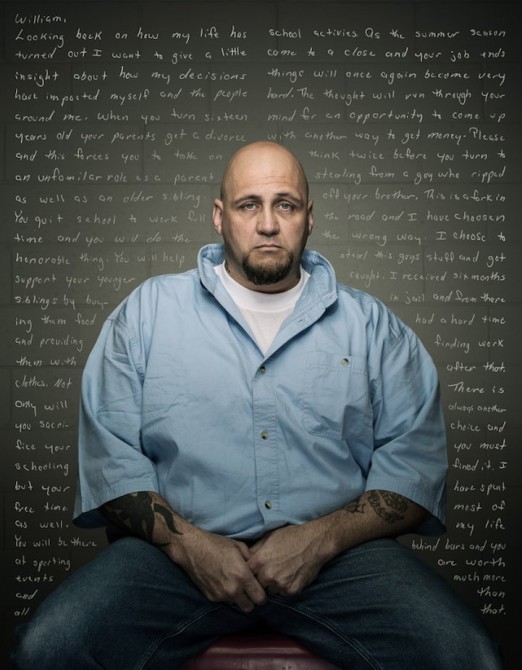 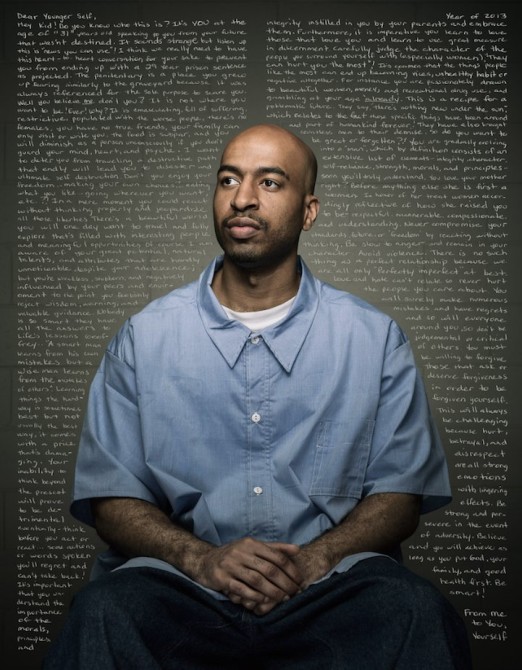 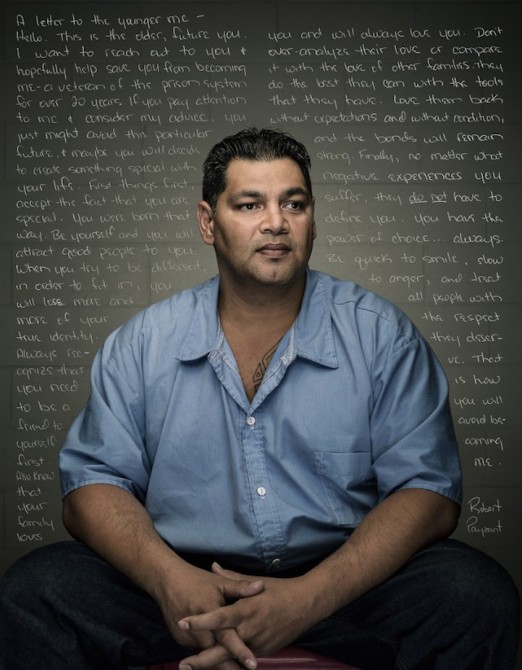 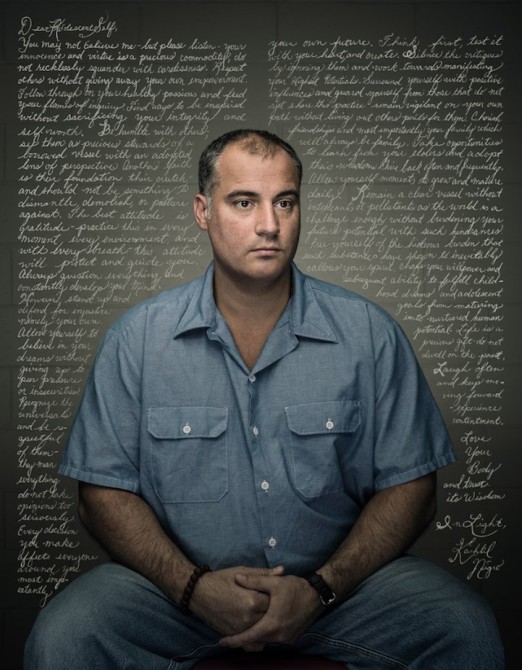 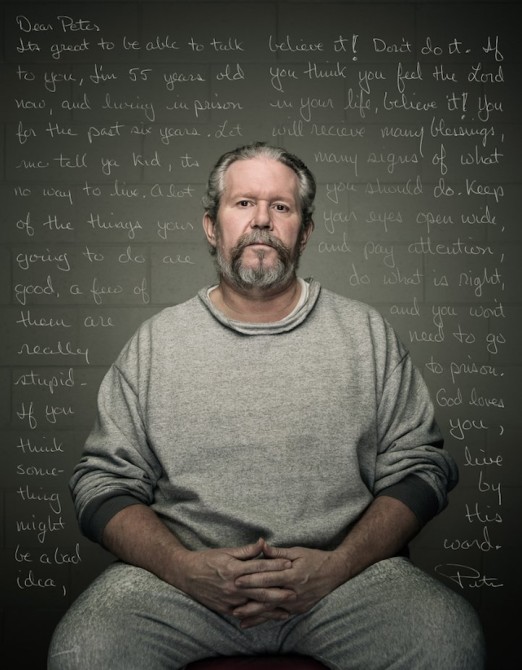 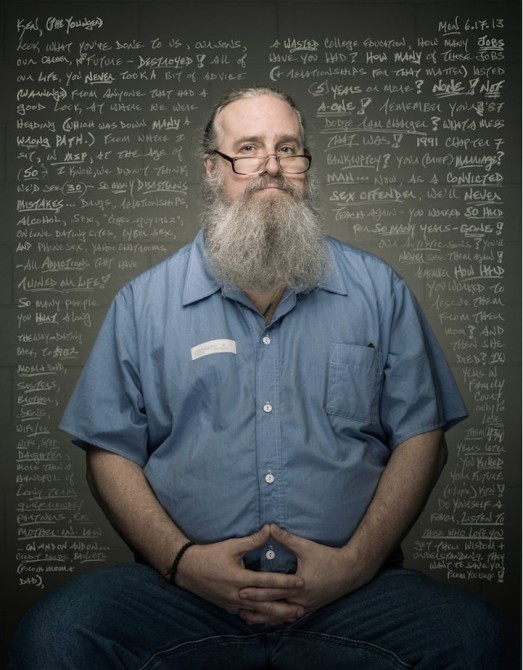 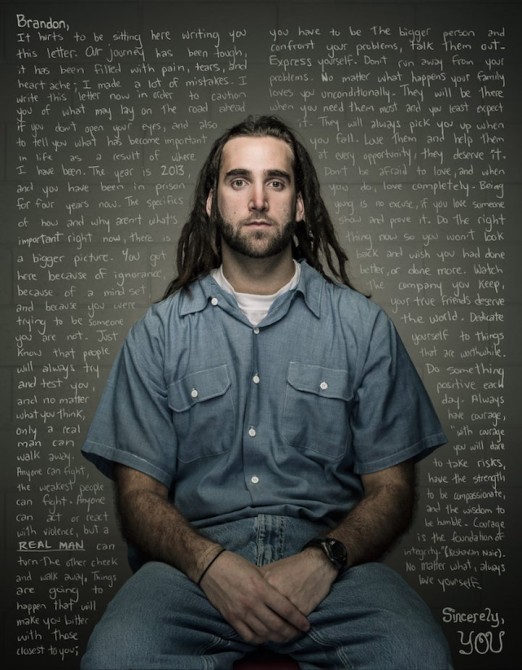 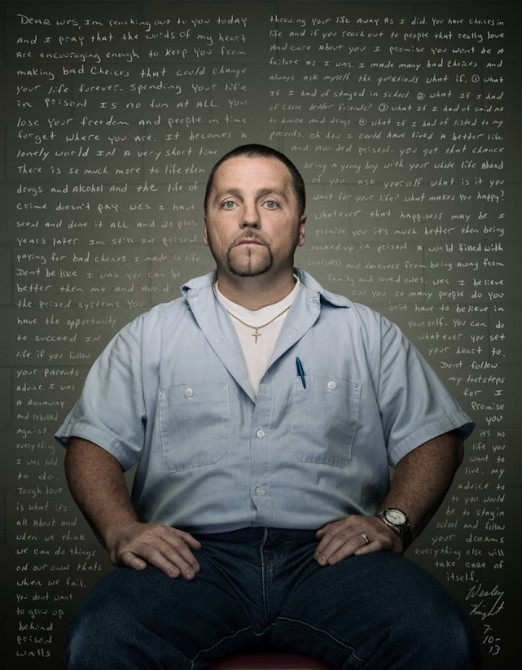 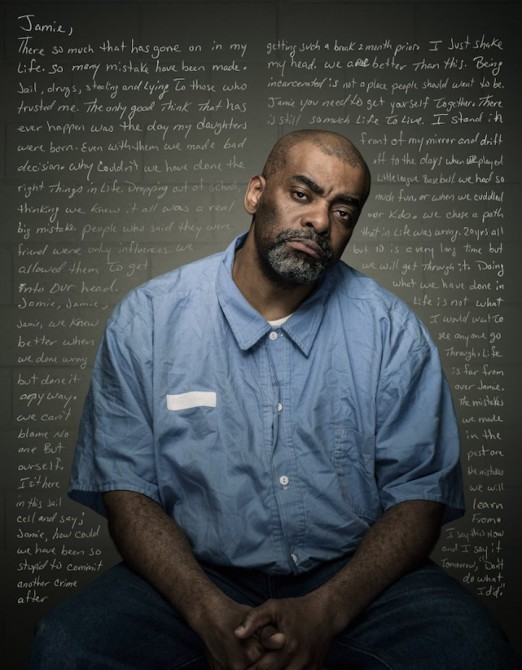 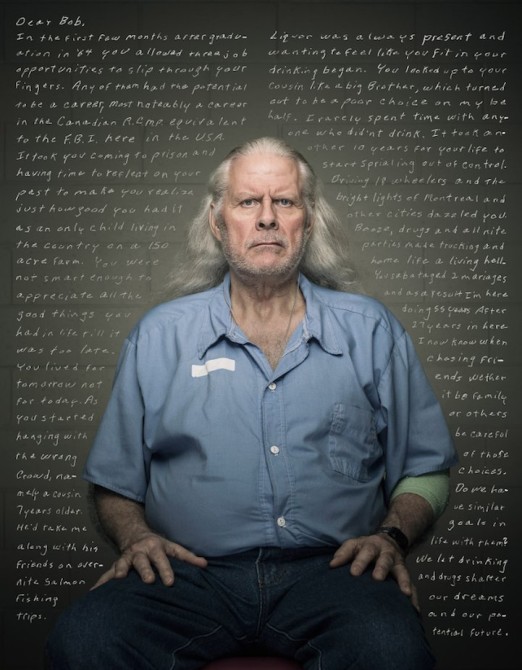 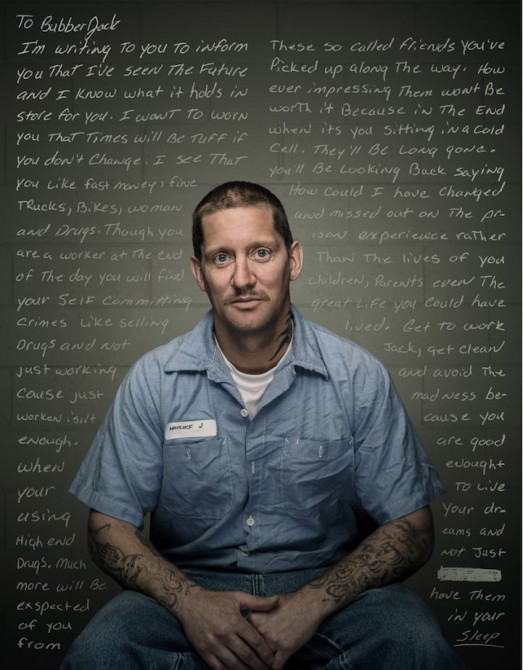