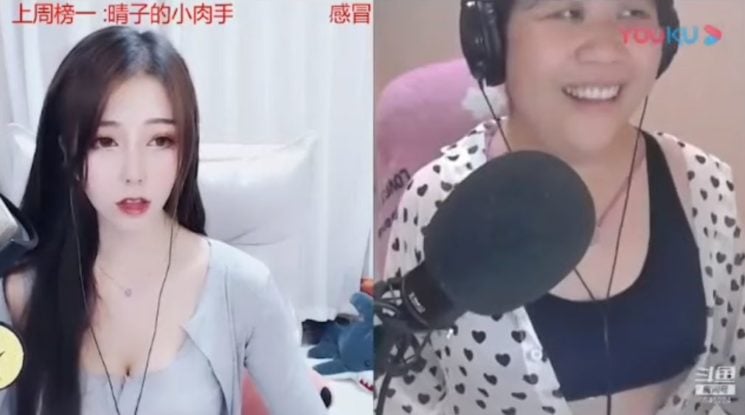 A Chinese vlogger known as “Your Highness Qiao Biluo” recently came under fire after she was busted for using a face filter to make herself look younger. Thanks to a glitch during a live stream last week, Qiao Biluo appeared without her usual filter. And as it turned out, she is much older than she presents herself to be online.

Qiao Biluo has been described by some of her fans as “cute goddess” and she is known for her “sweet and healing voice,” the BBC reports. I understood from the comments on YouTube that she normally covers her face with anime filters. So, she was anonymous (until the incident) and she was mainly popular because of her voice. This voice initially brought her over 100,000 followers on Douyu, a popular Chinese live stream platform.

According to China’s Global Times and as reported by the BBC, some of Qiao Biluo’s fans even supported her with more than 100,000 yuan ($14,533). Many of them urged her to show her face, but she refused. Reportedly, she said that she couldn’t show her face until she receives gifts worth 100,000 yuan ($11,950). “After all, I’m a good-looking host,” she added. But when her face was accidentally revealed, it seems that some of her fans disagreed.

The incident happened on 25 July during a joint live stream with another user, Qingzi. Qiao Biluo was using a filter, but at some point, it stopped working. She reportedly noticed something was wrong only when a bunch of people started leaving her VIP access room. According to the BBC, this incident caused many of her original followers, especially men, to stop following her and withdraw their transactions.

Users on YouTube captured the video of the incident. For those who might be confused as I was at first, Qiao Biluo is the woman on the right. Although I’d say that the woman on the left also uses filters, check out her mouth.

Although Qiao Biluo has lost some of her initial followers after revealing her identity, the incident quickly went viral. As a result, her Douyu profile page now reportedly has 650,000 followers. You know what they say, there’s no such thing as bad publicity.

We live in an era full of fake people, even literally. I mean, even politicians use face filters during live streams (not on purpose, but this one was still funny). So, I am hardly surprised that Qiao Biluo used a filter during her live streams.

What does surprise me, however, is the alleged reaction of her male fans. They were reportedly so disappointed with her appearance, that they stopped following her and revoked their transactions. I mean, if you follow and support someone who is anonymous, I guess that you are interested in something other than their physical appearance. After all, Qiao Biluo was famous for her voice. But maybe these men had created a mental image of her looks based on her voice, so they were disappointed when she appeared to be something other than they imagined. I personally think that’s superficial and sexist, but I guess that’s another topic.

Convicts Share Powerful Advice With Younger Versions Of Themselves

« JPEGmini’s crazy compression is now available as a plugin for Capture One
Nikon’s new Z mount 85mm f/1.8 lens costs $800 and will ship in September »