With the 4th of July having just passed, I think it’s a good time for us to look at some natural lights in the sky. Brace yourselves; here’s a video that wholeheartedly deserves the any amazement you’ll probably throw at it.

We’ve all seen some amazing time-lapse videos out there. Personally, I’m captivated most by the videos people shoot of the night sky. Living near a major city, it’s hard to find a field out there that doesn’t have utility poles, lights, and buildings, so I really don’t get much of a chance to experience looking at the stars like others do.

This video’s another night-sky time-lapse, but with a (pretty literal) twist. Instead of watching the stars fly past the camera in the night sky, you get to watch the stars move gracefully in sync with the rotation of the camera itself. I can’t think of a better way to explain it than , the director of the video, himself:

“I had the idea of a new astro time-lapse technique in which the camera is pointed right at the north star and mounted to a motorized pivot point directly lined up with the sensor so the camera is able to spin with the stars through the night. This is where inspiration for the title came from. Sit back, relax and Ride the Sky.”

There’s times when I listen to a song, and get a bit frustrated because of how much I like it, and how much I wish I could have thought of something like that. That’s the exact same feeling this video gave me. The concept behind it is something incredibly simple, and it makes me wonder why I’ve never seen it done before. For those that want to take a behind-the-scenes look at it, the director has a post online detailing how he approached making the time-lapse. Not surprisingly, there is quite a bit of gear involved (yet, stuff that can be used by anyone) 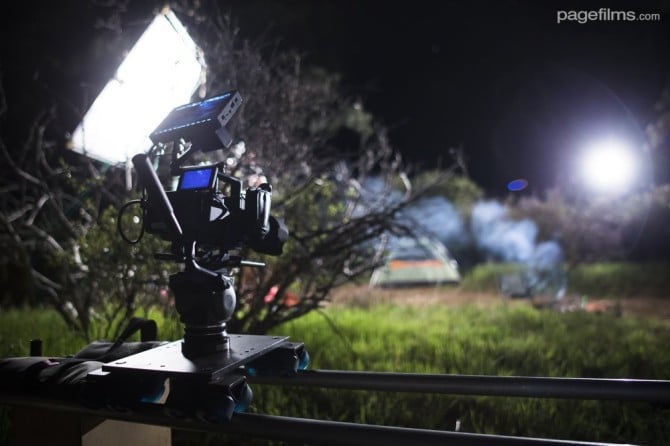 This time-lapse is an innovative, creative, and refreshing take on something that’s been done many times before; it’s the first thing that’s ignited inspiration in me for a good while now, and it might do the same for you. Check it out and enjoy the ride.

[Via No Film School]

« Videographer Flies Drone Straight Into Fireworks, Looks Better Than Blasting The Death Star
5 Reasons You Should Own At Least One Prime Lens »