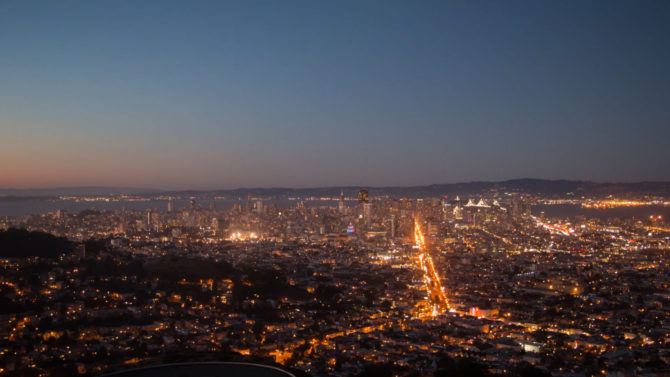 It’s why mine always suck, too. Light pollution. It’s hard to escape it these days. It’s the thing that puts many budding astrophotographers off before they’ve really  even got started. This video from Sriram Murali puts things into context.

Filmed mostly in California, this short shows how the night sky changes as you get further from the city lights. Sriram uses the Bortle Scale, which ranks skies from 1-9 in order of darkness. 1 is the deepest darkest sky, while 9 is the inner city sky.

The video was shot with a pair of Canon 6D DSLRs with Rokinon 24mm f/1.4 and 14mm f/2.8 lenses. It’s a fascinating look at exactly how light pollution affects our night shots.

For new astrophotographers, the disappointment of shooting with a bright sky can often put them off for good. They do some reading online, watch a few instructional videos, head to the local park and give it a try. When they get home and check out the images on the big screen, they don’t see what they had hoped for. 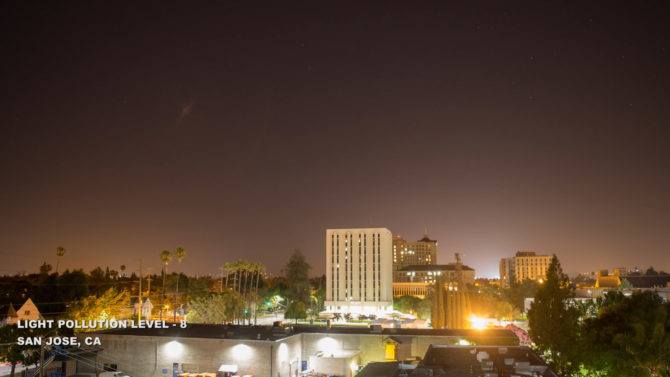 Light pollution is the biggest enemy of night sky photographers, but getting to the middle of nowhere in the dark can be a daunting task. Some new astrophotographers haven’t yet learned about light pollution and that they need a super dark sky. Others just don’t want to have to fumble around in the dark in unknown remote locations. But, perhaps they simply don’t have easy access to them.

If you can find a way to make it happen, though, the results are definitely worth it. 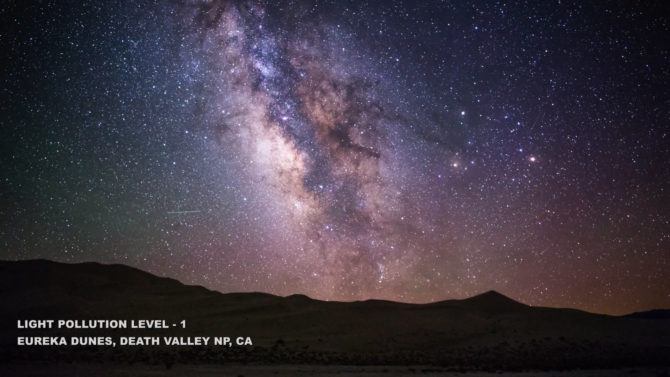 Thankfully, there are one or two services online that show light pollution maps to help us plan our journeys. Even Google Earth apparently has a night sky feature.

Most of us live under heavily light polluted skies and some have never even seen the Milky Way. We take the skies for granted and are rather lost in our busy lives without much care for the view of the stars.

So, tonight, find somewhere with a dark sky. It’s the single biggest improvement you can make to your astrophotography. And don’t forget your tripod!

What are some of your favourite dark sky locations around the world for astrophotography? Have you gone to remote locations and randomly stumbled across other night sky photographers who had the same idea? What apps or research do you do to find locations at which to shoot? Let us know in the comments.