If you have been wanting to try your hand at night sky photography, or just want to improve on the star photos you’ve already taken, you’re in luck. Canon Australia has teamed up with Phil Hart, winner of an Astrofest David Malin Award and creator of some truly brilliant astrophotography shots, to put together a video tutorial that will help you out with everything from selecting the right tripod to exposure settings.

What’s In An Astrophotographer’s Kit?

Hart has been an astrophotographer for over 20 years and his gear list is indicative of that. He’s worked with an extensive amount of astrophotography specific equipment which can get pretty pricey. To take more basic, but equally beautiful, night sky photographs, you don’t necessarily need all that. As Hart explains, one of the most important items you can add to your kit is a good quality, sturdy tripod. Hart uses a ball head on his tripod, which offers him the freedom of easily moving the camera position in just about any direction.

If you have a cable release, that’s awesome, it will certainly come in handy. If you don’t have a cable release, however, there’s still hope. To eliminate camera shake and blurry photos, just set your camera’s self timer to 2 seconds. This way, you will be granted a 2 second delay before the image is exposed, giving your camera a little bit of time to recover from the jostling, however subtle, you gave it when you pushed the shutter release. Shooting in mirror up mode will also help to reduce camera shake defects.

This is a tricky step in the process for a lot of photographers just getting started with night sky photography. Harts preferred method of focusing is to get his camera and tripod setup when there is still daylight so you can easily focus on an object in the far distance. He then makes sure his camera and lens are set to manual focus and, when night falls, he will be ready to start shooting.

Alternatively, you can focus on a bright street light, or the moon if it happens to be up. 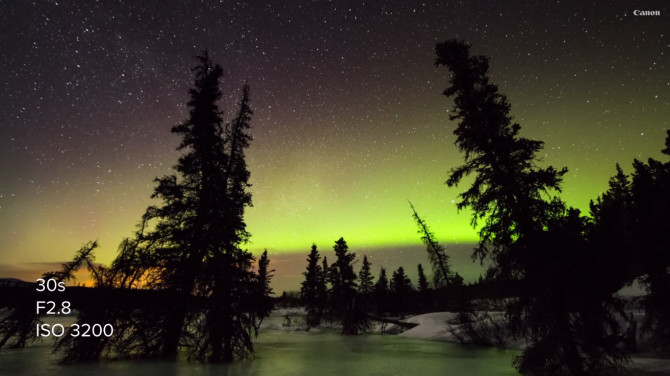 First, make sure your camera is in Manual Mode and set to record images as RAW files. Now, open up your aperture to f 2.8. If your lens isn’t that fast, just open it up as wide as it goes. Since you’re shooting in RAW, using an ISO such as 3200 isn’t of too much concern since noise reduction software and the improved sensor technology really help to minimize noise.

Despite the fact that Hart shoots in RAW, he still makes it a point to set his white balance in the camera to sunny or daylight balanced. This, he explains, ensures the colors present on the back of the camera remain true to the colors of the sky.

Getting Star Trails With One Exposure

Star trails are becoming increasingly popular and rightfully so. They offer an interesting take on already interesting subject and can even make for an otherworldly image. There are a couple ways to capture star trails, the easiest (or at least the one with the least amount of necessary post processing) is to capture them in a single exposure.

To do this, put your camera into Bulb mode and adjust your aperture to f/4 and your ISO at or around 200.  Start with a shutter speed of 15 minutes. Depending on which camera you are using it may be possible to program in the shutter speed, or you can use a cable release to open the shutter and close it again after 15 minutes has passed. 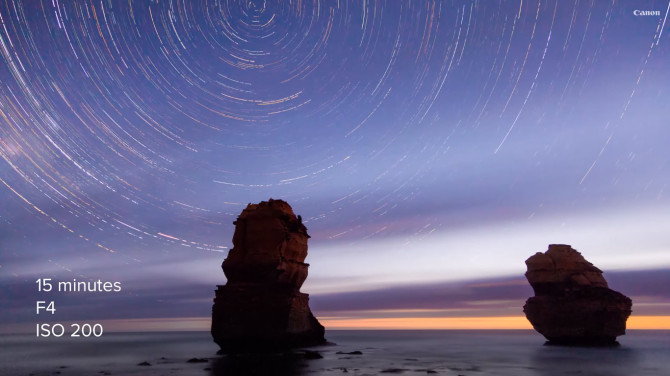 Lastly, it’s worth noting that a single exposure star trail is not ideal for every situation. The same can be said for exposure times, ISO, etc…Like all types of photography, almost everything is situational. A lot depends on what kind of lighting you have to deal with, what kind of images you are try to create, subject matter, the list goes on and on. You can use the settings Hart mentions as a starting point, but you should also try adjusting the settings based on your specific needs.

« Instagram’s New Hyperlapse App Is Surprisingly Smooth
Photoshop vs. Lightroom: What if You Had to Pick Just One? »