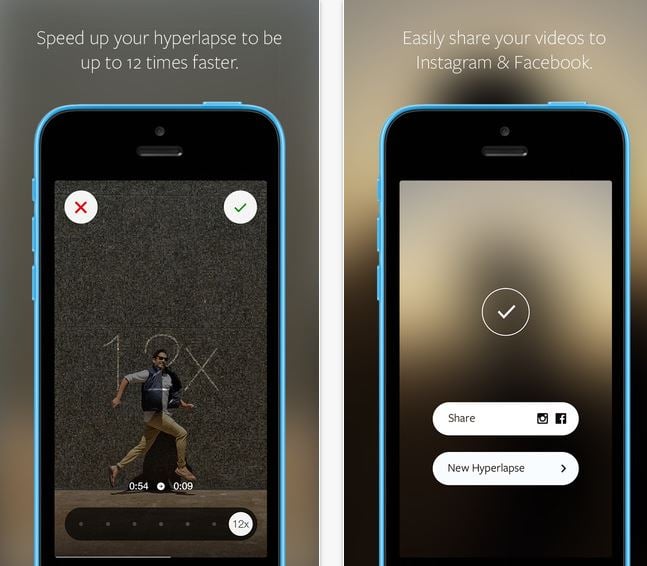 Instagram is making it easy for everyone with an iPhone to become timelapse creators with the new app it announced today, which the social photo sharing giant has dubbed Hyperlapse. In it’s infancy, Hyperlapse was nothing more than a side project a few developers from the Instragram camp decided to take on for the fun of it; however, the underdog of an app got its big break as it started circulating around the Instagram offices winning the hearts of all the employees. The positive reaction the app garnered among their own motivated Instagram to go public with it. A move, I suspect, will pay off big for the company given the popularity of it’s namesake app.

The  app allows iPhone 5 users to capture up to 45 minutes of video footage to be converted into a hyperlapse all within the app. iPhone & iPod Touch 4 users can also use the app, but will be limited to 10 minute capture times. According to Hyperlapse Technical Support page, all devices must be running iOS 7 or later.

By default, the app converts video into a hyperlapse at a speed of 6x original playback which means for every 60 seconds of video you capture you will have 10 seconds of hyperlapse footage, though the playback speed can be increased to as high as 12x.

The stabilization algorithm Hyperlapse employs is surprisingly solid. By calling on information retrieved from your devices gyroscope, the app smooths the playback out by comparing the position of the device throughout the recording. Here’s a quick preview of the stabilization effects at work.

Yes, the stabilization formula in the app is really quite astounding considering the bumpy nature of handheld smartphone video in general, but what is going to make this app really successful with those who don’t quite care to understand the technology behind it is that, despite being a standalone app, it also allows users to post their hyperlapse creations of up to 15 seconds long directly into their Instagram feed.

Hyperlapse is currently available only on iOS devices as it does not yet have the necessary API’s to bring it into the Android market. The app is 100% free and available for download via iTunes. If you decide to put the app to a test, be sure to share your creation with us in the comments below!

« How To Turn A $4,000 D800 Into A Spiffy Peephole
Take Your Night Sky Photography To The Next Level With This Helpful Tutorial »