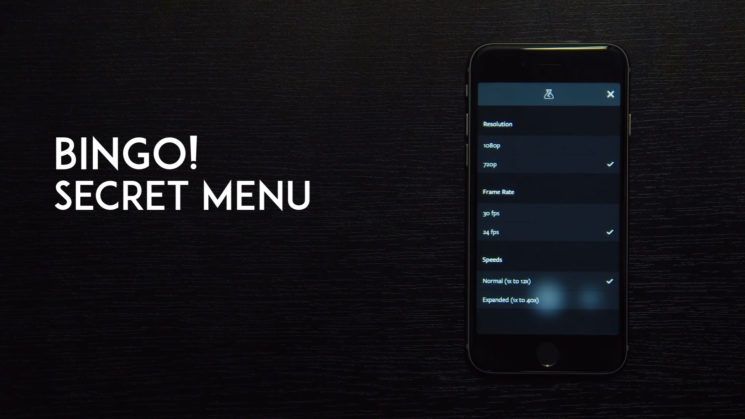 I love hyperlapses, and I was really into the Hyperlapse app for iOS when Instagram first released it. But, it always annoyed me that it would only shoot 720p footage. There aren’t exactly many options within the app itself besides the playback speed. Now, this is probably a hack that the rest of the world have known about for years already, but it’s new to me.

And along with this tip, photographer Matthew Rycroft brings along three more. One is a similar hack for Instagram’s Boomerang app which opens up some cool creative possibilities. There’s also a blacklight hack, and a 3D hologram thingy.

It’s as simple as tapping four times with four fingers and you’re into the secret menu. As well as letting you go up to 1080p, you can also change the framerate, and speed up your hyperlapse even more if 12x isn’t enough.

The same four finger four tap trick works with the Boomerang app, too, which opens up a whole host of options. 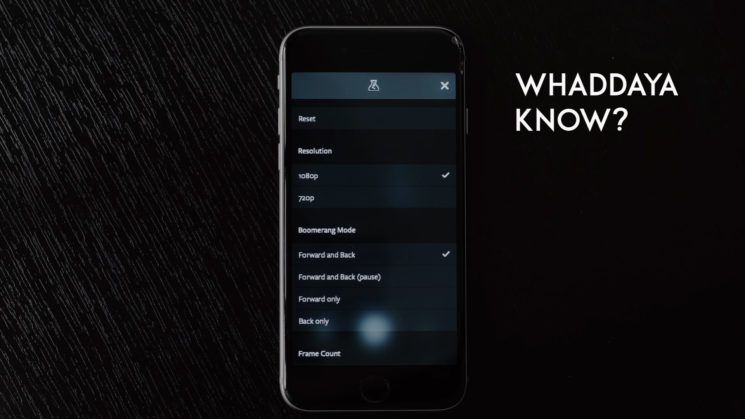 It, too, has the option of switching up to 1080p, but it also lets you change how your Boomerang flies. You can insert pauses, or make it play the same loop forwards or backwards over and over rather than bounce. But, it also lets you break out of that one second time limit, extending it up to 10 seconds. You can also play around with the framerates to speed things up.

I’m definitely going to have to experiment a little more now with those two apps. Being able to shoot hyperlapses at 1080p and faster framerates on long drives is going to make life a lot easier. Previously I’d used an action camera and then stabilise & speed it up in post. Which often takes hours.

The third trick is how to turn your smartphone’s LED light into a (sort of) black light. This is something we’ve shown you before, though. Finally, there’s the fake hologram thingy. This is another one that was rather popular a little while ago, but it’s still rather cool.

If you’ve seen all of these before, then this video isn’t for you.