It’s hard to imagine that a particular film stock, especially something like infrared film, might have an origin story that’s almost as wild as a superhero. But the way Todd Dominey tells it, that’s pretty much how it sounds for Kodak Aerochrome. In this video, he goes over Aerochrome’s origins and its life until its demise in 2009.

Developed by Kodak specifically for the US military during World War II, Aerochrome has had a colourful history (pun intended). It was initially created to allow armed forces to see the enemy camouflaged within the jungle. The normally green landscape shows up as pink and red on infrared film, whereas the camouflaged uniforms do not. This makes enemy bases and troops easily stand out against the environment. 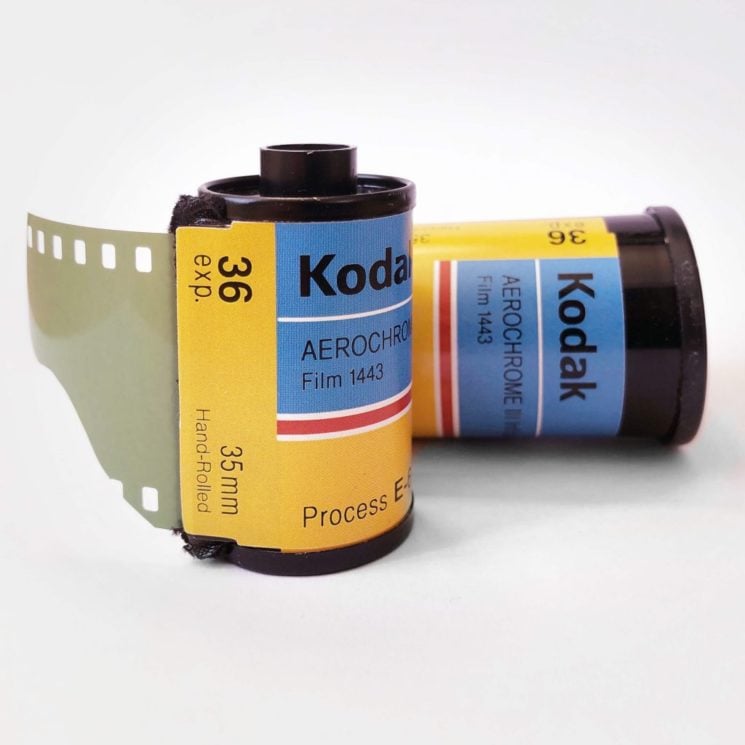 After the war ended, Kodak decided to turn the film loose on the consumer market, available in the usual commercial sizes. It saw great interest, particularly during the LSD-induced 1960s and was used to create many popular album covers of the day. But then over the years, interest in infrared film started to die down. The “newness” crazy of infrared was over.

In a somewhat cruel twist of fate, Kodak ultimately killed off Aerochrome film as recently as 2009 due to lack of demand. But that discontinuation resulted in a demand surge – thanks largely to the artist Richard Mosse and his (now extremely expensive) book Infra. But Kodak has yet to produce any new Aerochrome film as a result of the renewed interest.

Fortunately, we have digital options these days that can somewhat replicate the look of Aerochrome. Getting your camera converted to full-spectrum and using Kolari Vision’s IR Chrome filter (examples here), for example, is one way. It’s not quite the exact same look, but it’s about as close as we’ll get until and unless Kodak changes their minds and fires Aerochrome production back up!

« These are the worst holiday gifts for landscape photographers
Dear Adobe, please add these 16 features to Photoshop »