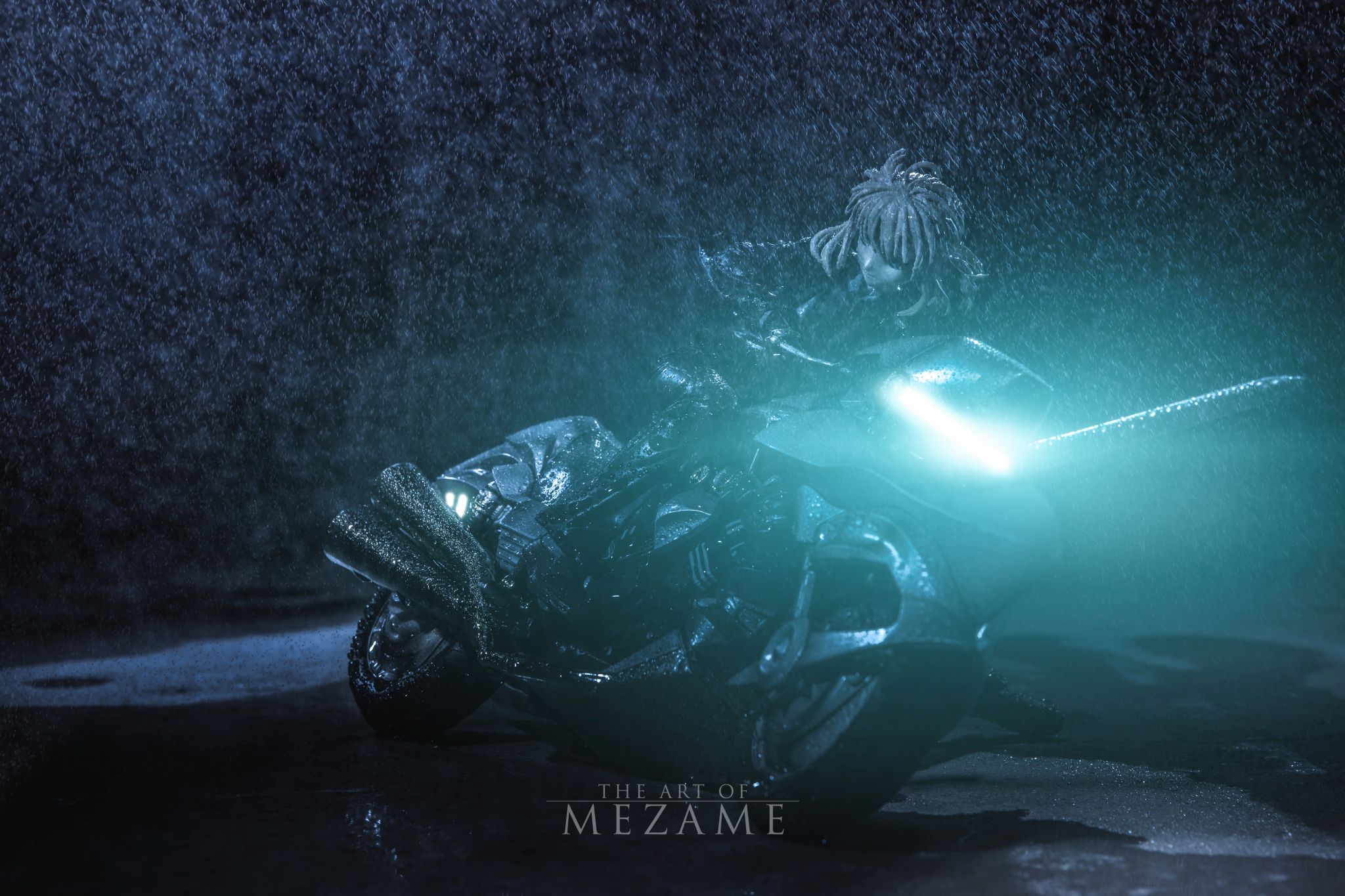 Sometimes bringing a toy to life is just a matter of setting it in the right environment. For me this was the case when shooting Fate Zero’s Saber and her Motored Cuirassier. While this shot may seem fancy, it was actually taken in a corridor just outside my home. I did ran into some difficulties as I did not have anyone assisting me for the shoot but I did come up with some solutions that worked well in the end.

I did this shot as a single exposure, so all the effects were done in-camera. With a spray bottle. 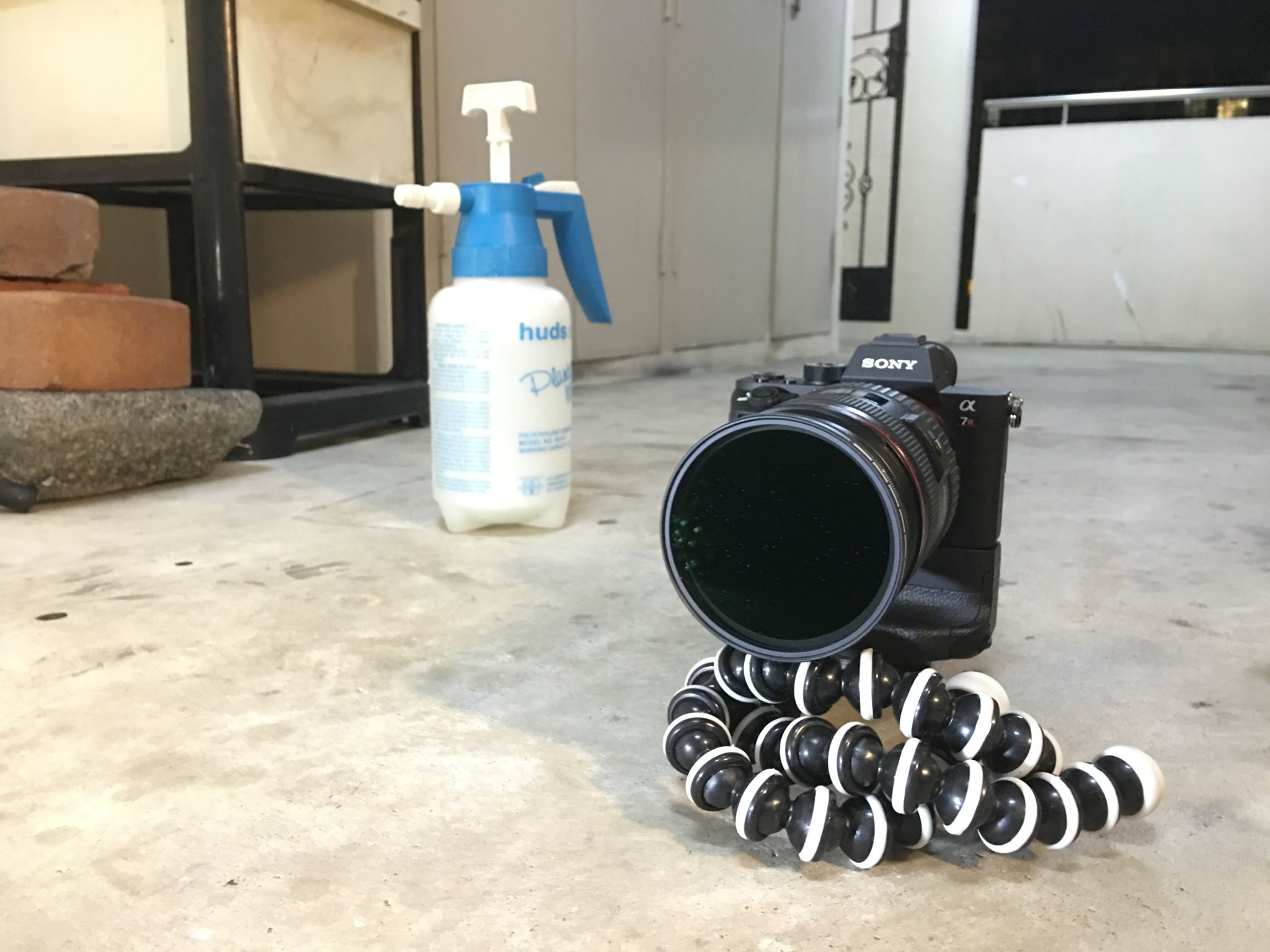 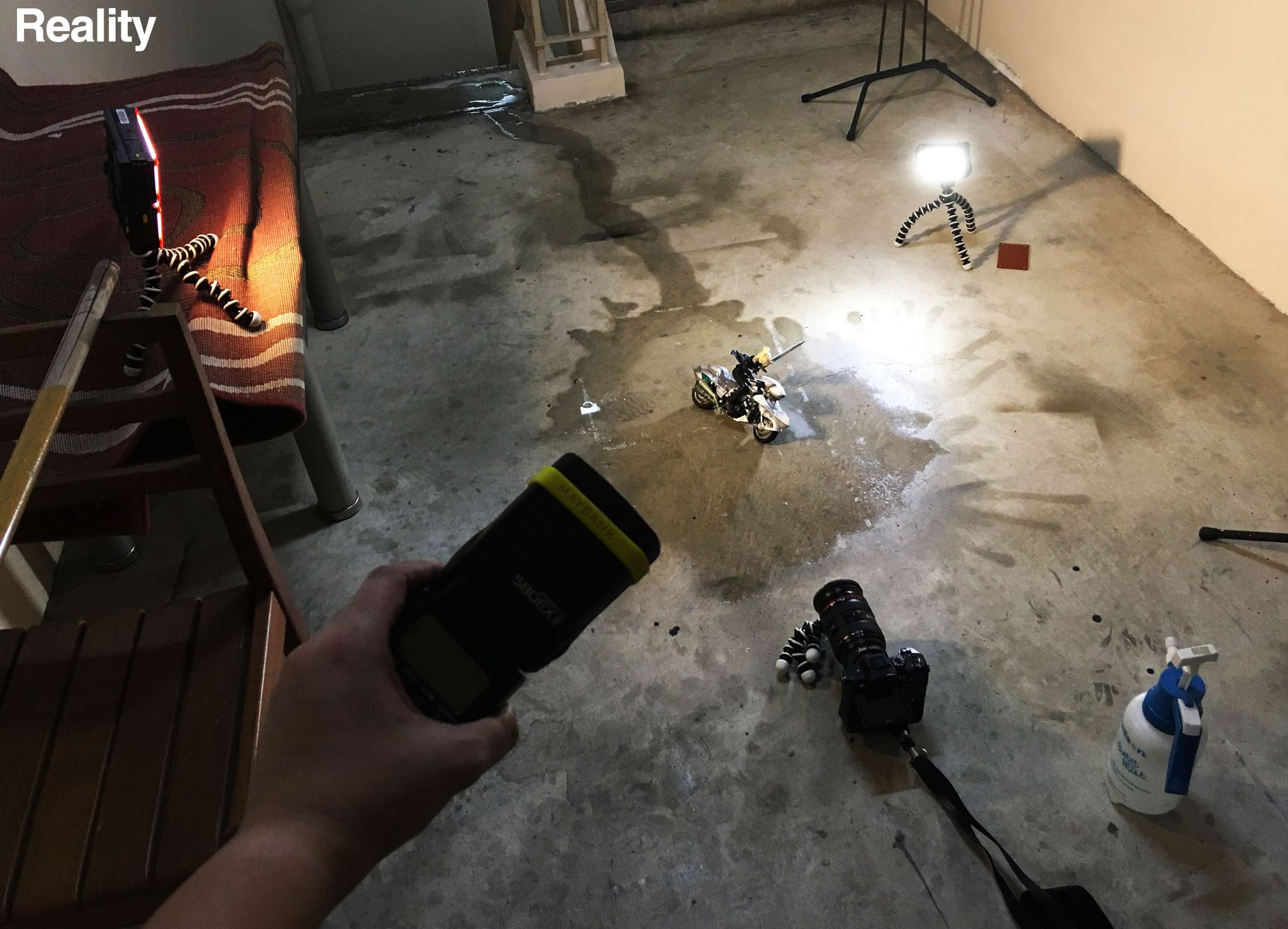 For this shot, I mainly needed to capture the ‘rain’ in the scene to create a dramatic environment for Saber to be in.

The only way to capture the rain is by using a speedlight and lighting the scene from the back. Firing off the speedlight from the front would certainly light up the toy, but definitely won’t light the ‘rain’. Water drops love back light.

On the other hand that back-light will not be enough for lighting the figure. So I needed a light strong enough to compete with the strobe. To do this, I used three Z96 LED lamps which lit up the scene from various angles (see photo above). Since the LEDs are still relatively weak comparing to a speedlight AND since , I used the following settings:

This amount of time allows me to fire off the speedlight multiple times from different angles to light up Saber and the detailed edges of her bike. It also allows me to capture the rain.

To further avoid overexposure, I had a variable ND filter placed on the lens to allow the 6 seconds of exposure to work. This is especially useful since I had the speedlight firing off multiple times. 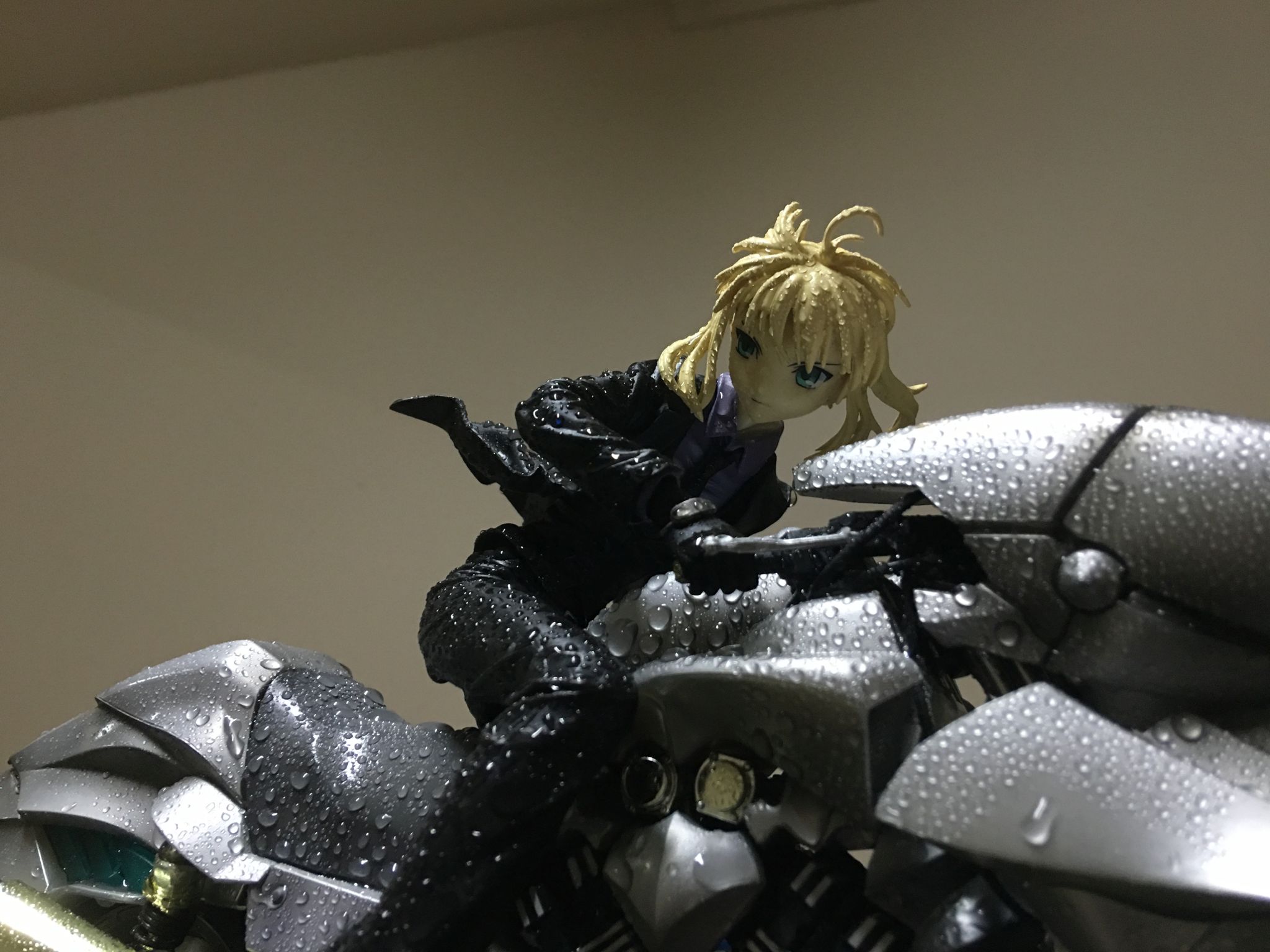 Not a lot of post production was done on this photo. I used Lightroom 6.5 for adding clarity which is fantastic for rain shots, and Photoshop to clean up the image and color grade it.

Mezame Shashin-ka is a Cinematic Photography Director based in Singapore who combines fantasy and reality to tell a story. You can follow his crazy adventures on his portfolio, blog and Facebook page.