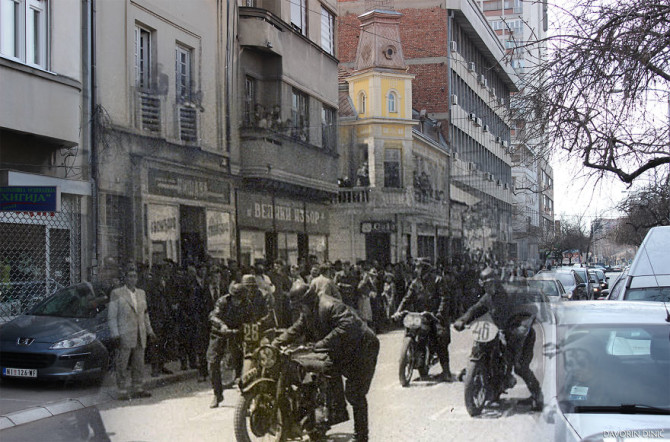 Davorin Dinic, an amateur photographer from Serbia, merged old photos of his hometown with new photos he took from the exact same spot. The result is a wonderful series that emphasizes the city’s history and feels like a magical port to the past has been opened.

Touched by his work, people have offered Davorin access to their private collections of never before seen photos of the city.

Despite this being his first project since he bought his first camera just a few months ago, Davorin’s photos will be exhibited at an event organized by the local museum.

We’ve seen similar projects in the past and Davorin says they were the inspiration this project. However, instead of comparing the new and the old side by side or creating 50/50 photos, he decided to merge certain elements of each photo. 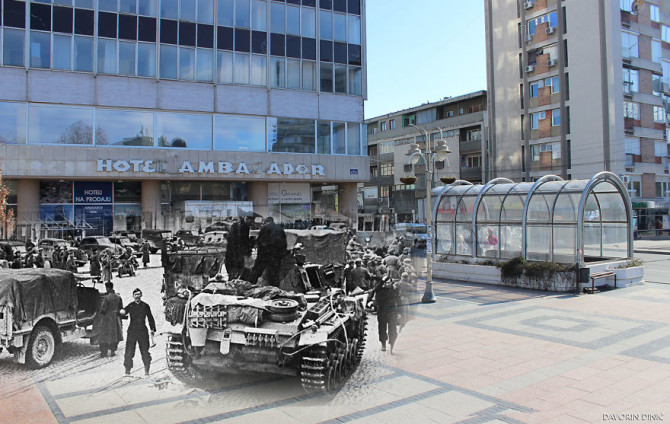 “At first I thought it’s not a good idea because I was afraid that by taking out the part of both photos I will end up losing on both of them”, Davorin told DIYP. “However, the incredible happened with the first test photos I did. Instead of losing the information I realized that these photos actually gained new kind of information that hasn’t existed on each photo separately. They had substantial nostalgic influence as well as strong emotional impact”.

Living in a city both culturally and socially rich comes with the advantage that his hometown of Niš has been photographed quite a lot over the years. Davorin was able to find many old photos online as well as at the History Archive Institution, with the oldest dating back to the Balkan Wars in 1912. 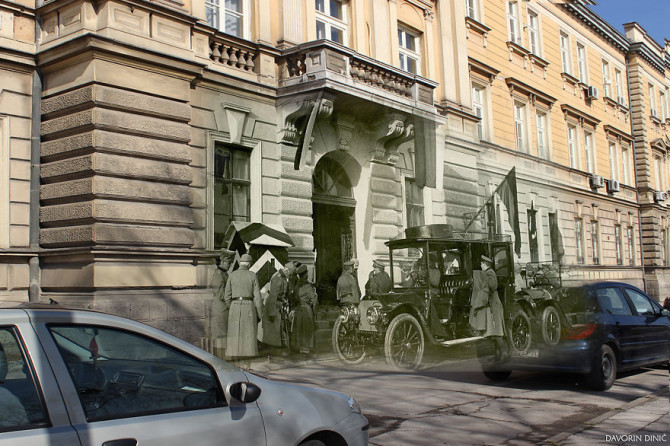 Davorin, an actor by profession, shared with us a bit about his expectations from the project as well as the feedback it received:

“I started the project in February 2015 without greater expectations. My initial plan was to try to make something that I myself would find beautiful and meaningful. These photos had great emotional influence at me so I wanted to make a lot of them for my own pleasure. I wasn’t prepared for the social impact that the photos made almost immediately as I published them on social networks. They went viral in a matter of hours and only then I’ve realized that other people are enjoying them as much as I do.

Because of that a lot of people has contacted me and selflessly offered their private collections of never before seen old photos of my city that made me decide to make an extension to my original set. In near future I hope to present another album of these photo creations. The second part of the photos will wrap up the project”. 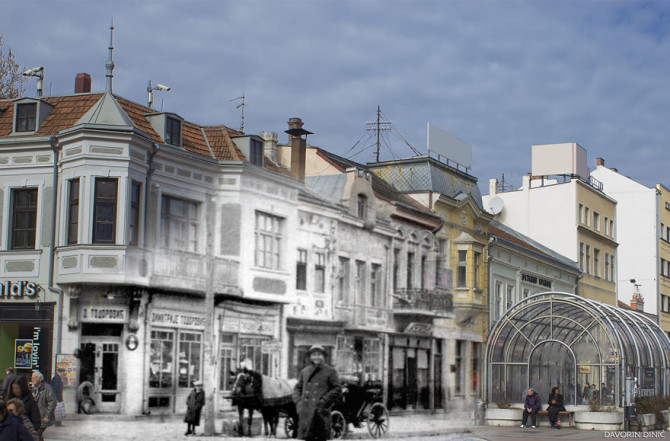 Davorin was also kind enough to explain his work process for DIYP:

“The project itself was made in several stages:
Research– I went through very large number of photos searching for the ones that seemed suitable for recreation. At this stage I rejected the photos that were badly damaged or didn’t contain enough information.

Selection and filtration– At this stage I carefully rejected the photos that proved to be impossible to make due to urban or landscape change that occurred over the years. Also, I filtered them according to some guidance I made for myself. I favored the photos that had people in them or plenty of other interesting information and I have chosen those that were of more familiar public places in the city than private ones of hard to identify locations.

Recreation– I uploaded selected photos to my tablet and took my camera and went hunting for locations. Once located, the challenge was to recreate the photo form the exact place and angle the original was shot. I was holding up my tablet and tried to match the old photo with the picture I’m seeing on the camera viewfinder. This is not very safe method, I’ll tell you that :D, because couple of times I was so occupied with finding the exact spot matching the perspective on the old photo and on the view on my camera that I wandered on the middle of the street where couple of angry drivers showed me their piece of cultural impact by introducing me to the concept of never ending car horn…

Digital production– This is the stage that I prefer not to call the “creation stage” but rather the “revealing stage” as I felt as discovering the way the photos interact and merge rather than creating it myself. The photos “revealed” themselves to me in the process of merging as I tried to understand the best way to make them coexist and finding what parts of the photos should prevail.
In this process I was driven by the beauty of my hometowns history and spirit it carries…”

Although it is obvious Davorin is not a professional Photoshop retoucher, and perhaps because of that, there’s an authentic feel to these photos that I really like.

See more photos and keep track of Davorin’s work on his Facebook page. 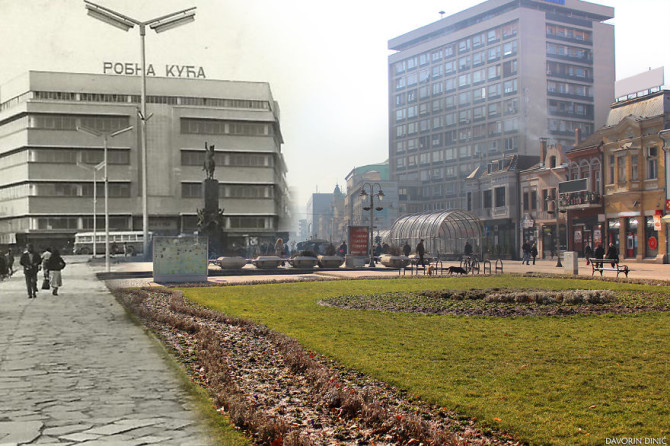 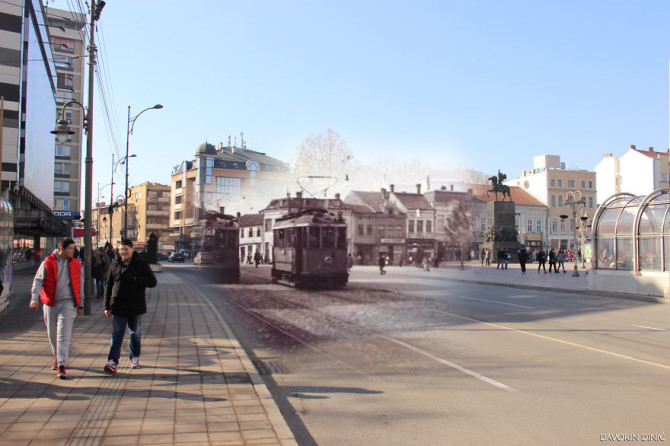 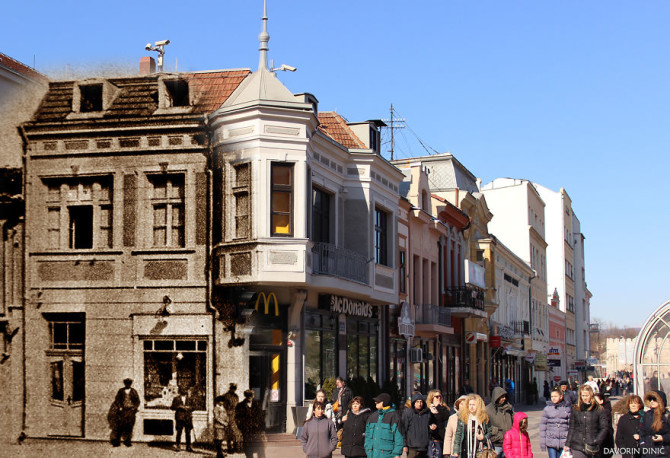 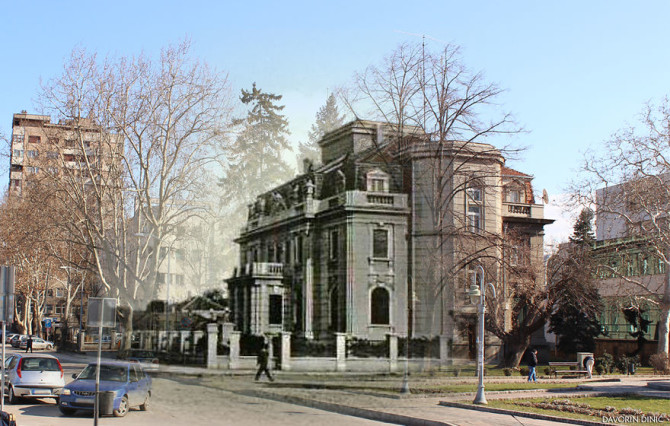 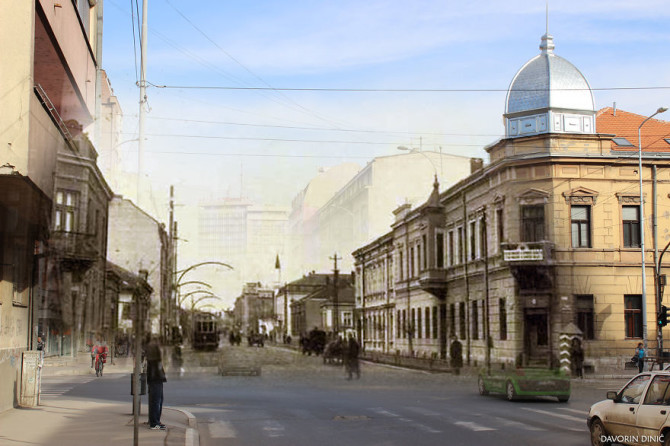 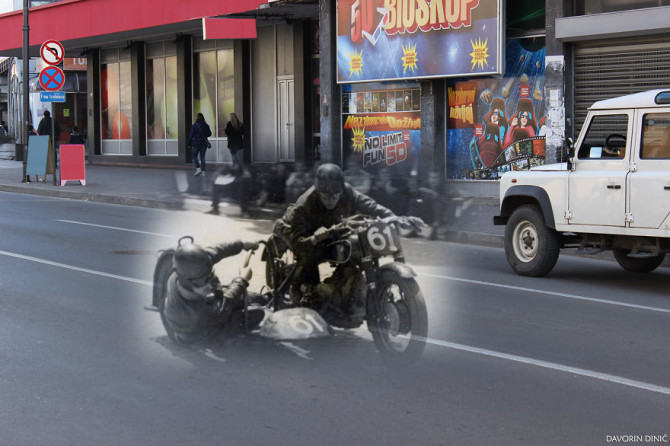 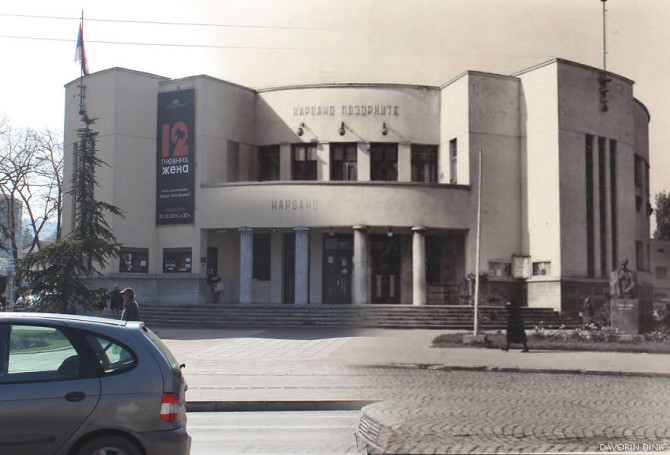 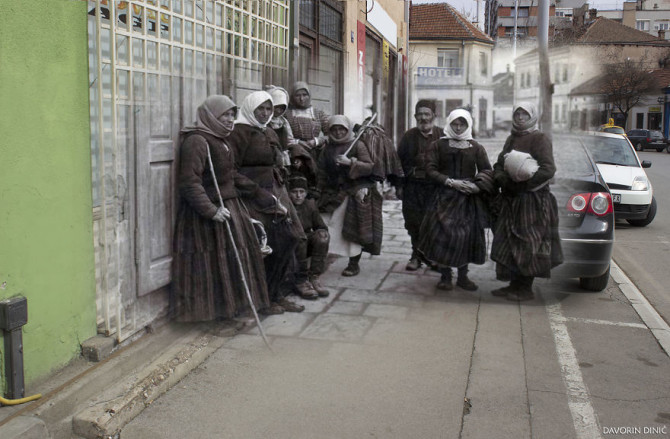 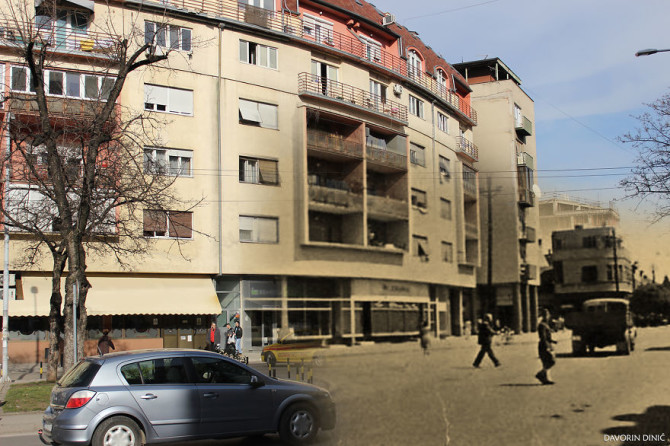 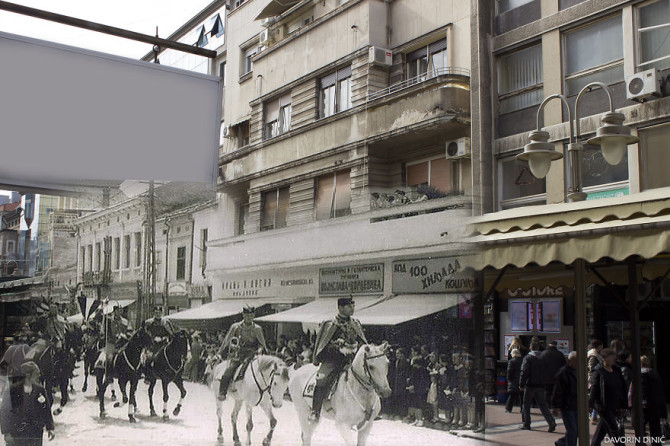 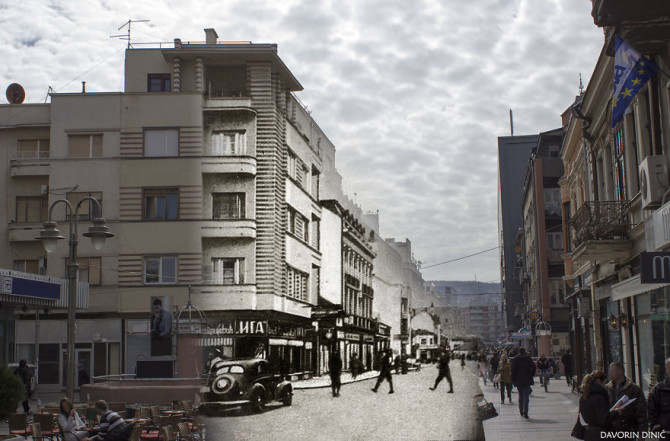 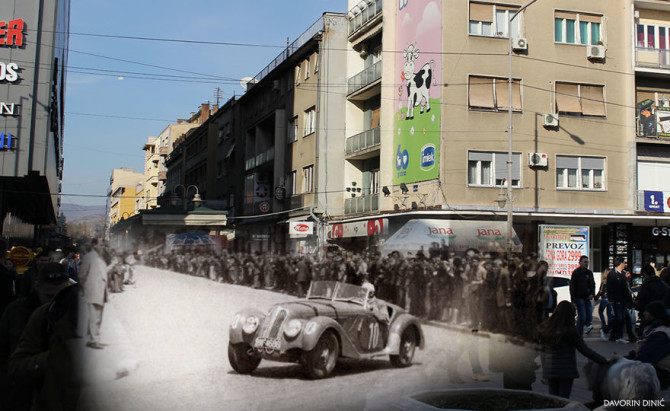 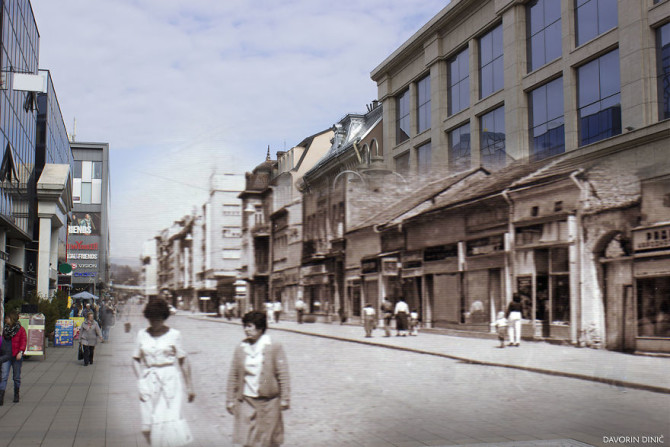 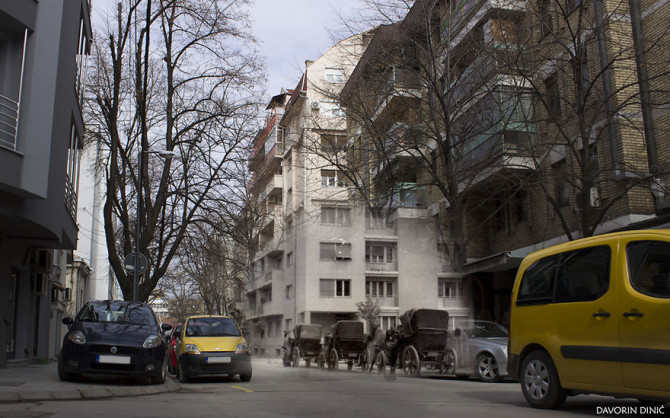 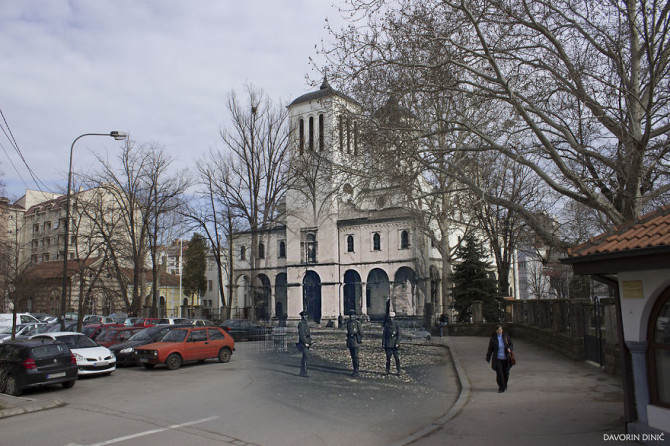 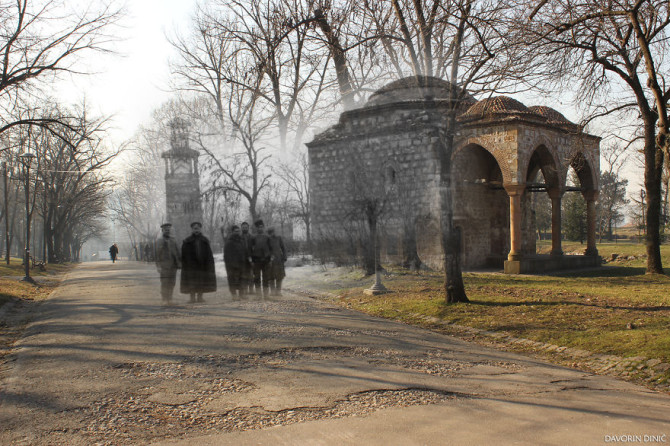 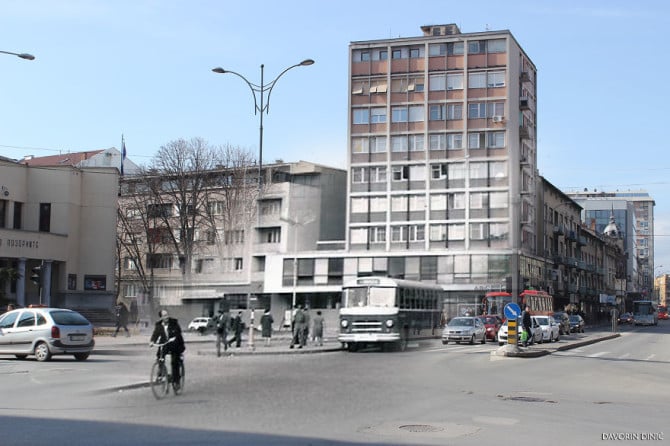 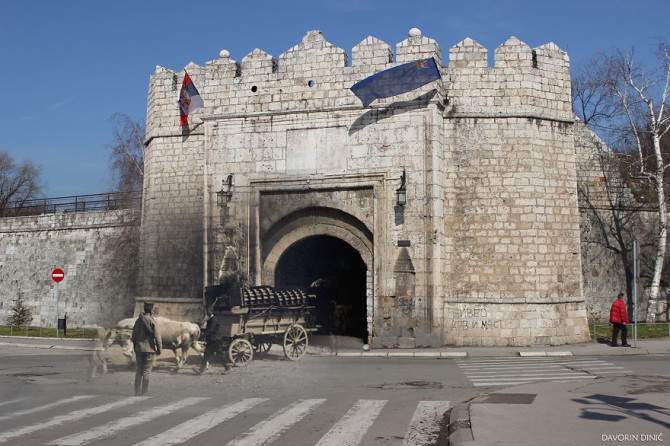 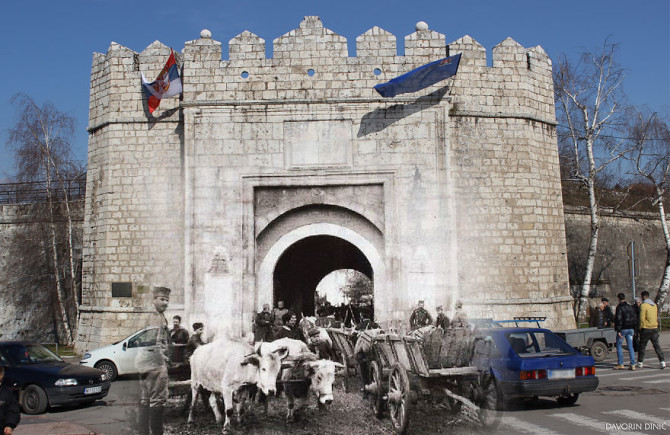 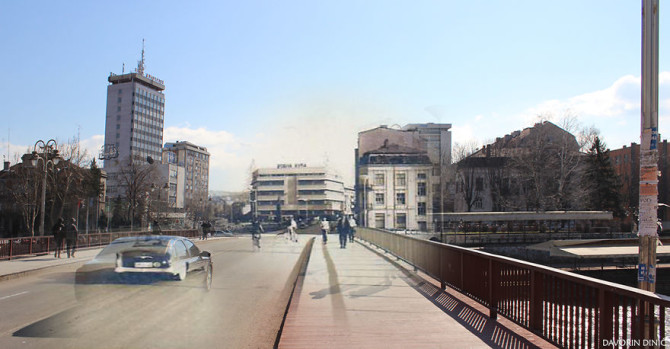 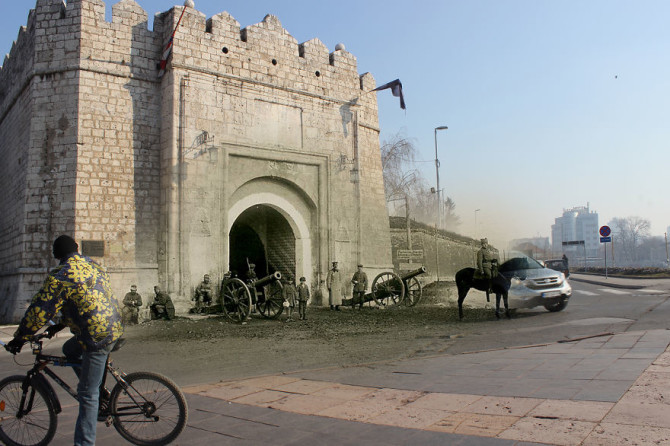 « Make Keywording In Lightroom Insanely Easy With The Paint Can Tool; Here’s How
IN EXTREMIS – Captures The most Glorious Accidents Ever (mildly NSFW) »