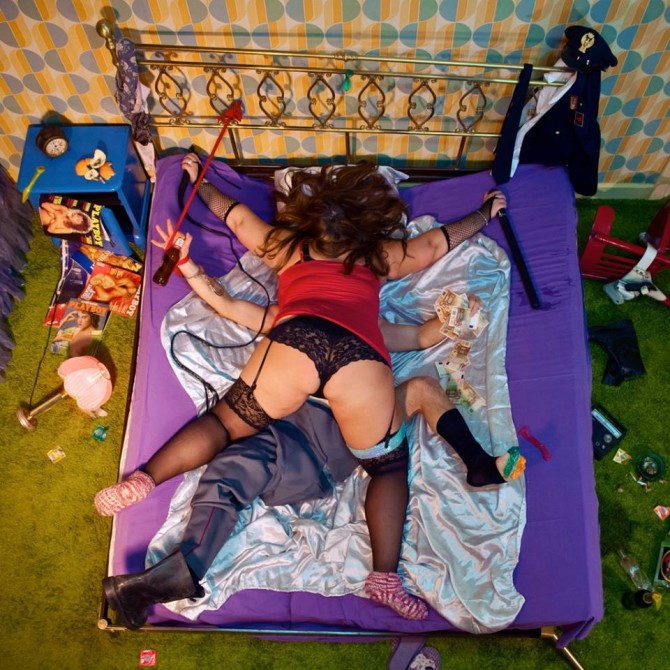 Remember that epic fall that Madonna had in the Brit Awards? This stuff is to Epic to be staged. Originally from Rome but now living in Barcelona, photographer Sandro Giordano creates and photographs even more bizarre falls and accidents (albeit not featuring famous singers).

We picked inside Sandro’s brain to understand where those crazy photos are coming from. 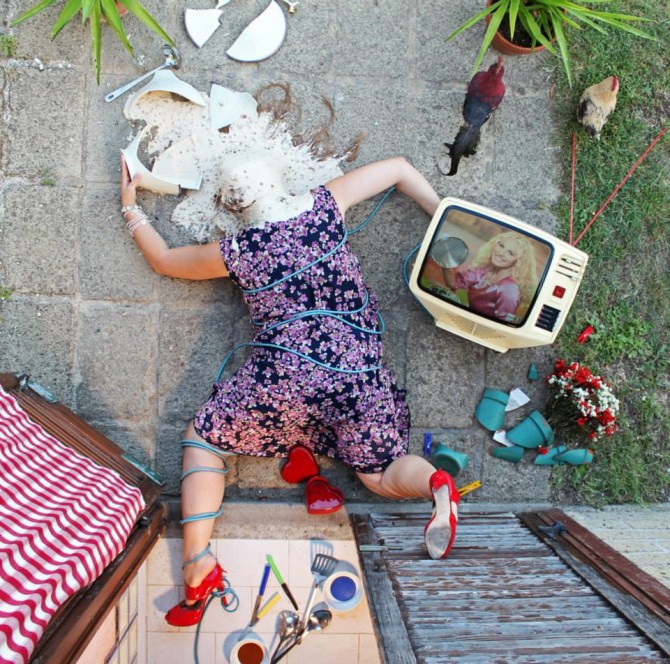 I studied to be a set designer but then started working as an actor. I’ve worked as an actor up to two years ago, I’ve never studied photography and this is my first photographic project. For this reason I consider myself more as a Visual Artist than as a photographer. 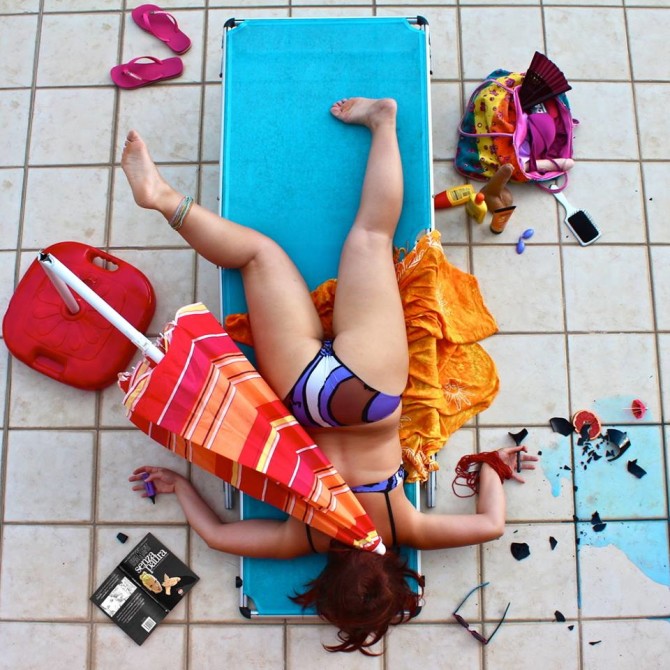 Everything started last summer after a bad accident with my bike, after that a friend of mine ended up in hospital with a broken leg. We both held on tight to an object as we hurt ourselves. I thought there was something very dangerous in our behavior relatively to our accidents. Assailed by materialism we moved our own safety to the background, and this is really worrying. Obviously I didn’t start this project after the accident with such a rational vision. It started for fun a couple of months later I started photographing people up side down or down on their faces for personal pleasure and enjoyment. It then all linked with what I just said about materialism: the world is in downward motion, especially the western side of it. I concentrate on a spiritual downfall more than a physical one. What we see on the outside is the consequence of an inner death. I’d like people to smile, think and empathize with my character’s stories. What happens to them could happen to any of us. 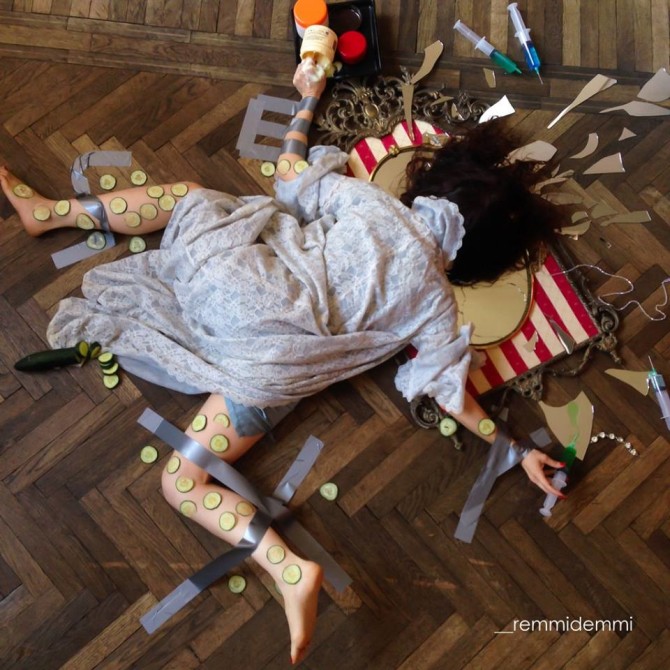 The models are all friends of mine and colleagues actors. I like working with people who know how to use their bodies. You need a great physical and mental effort in order to keep the positions for several minutes and actors know how to behave on stage. 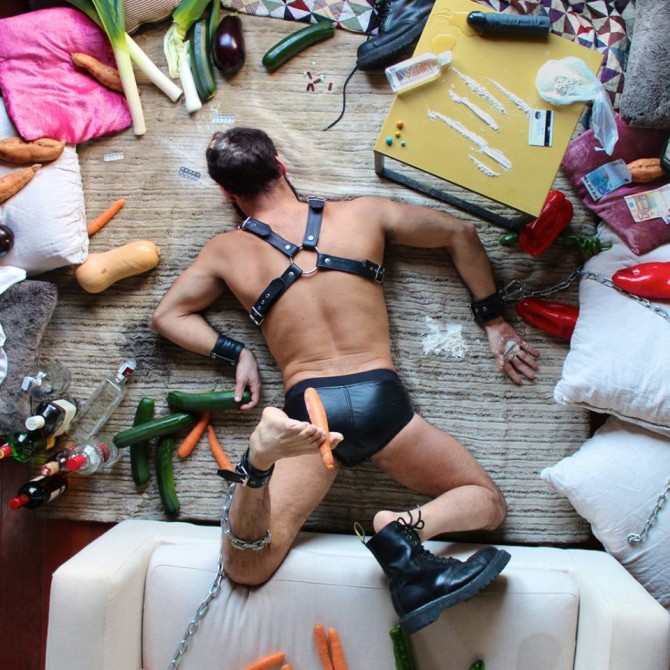 The photo’s been on my mind for several days, but it will be possible to make it happen only once the right location has been found and after I go there for a couple of times to try out the shots. I take some photos from different angles so I can study them once they’re on my computer. In front of this empty scene, I build and imagine the whole set including the position for the model. In most cases the locations are real spots in the city (stairs, courtyards, sidewalks, balconies), but in photos such as __PROTEZIONE 65 (who’s next), I completely revolutionized a medical waiting room to recreate it as I had it in mind. Everything that happens around the models is scenic design and nothing is accidental. So, leaving out the time the photo has actually been in mind, it takes about ten days, sometimes a little more, for making it. As time goes by, everything becomes more and more complex with a longer and more accurate production, I don’t know where we’ll end up, but it sure is very exciting. 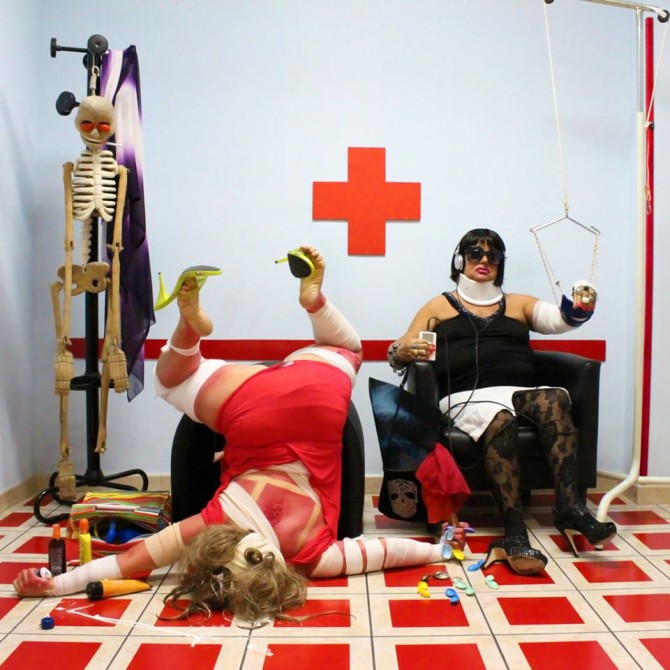 I choose the best shot from each different angle. I study them on my computer, I observe the details. I then leave them for a couple of days, and when I go back to them I choose the one that hit me the most. This way I feel I’m more lucid for the final choice. After I found the right one, I move on to color, contrast and light adjustments using photoshop but I nearly ever retouch or use filters. Only if I notice something strange like the corner of a piece of furniture in frame, then I ask my loyal Matteo to remove it. Apart from this I consider the photos totally handcrafted. I’m very proud of this, everything you see in the photo is absolutely real-built! 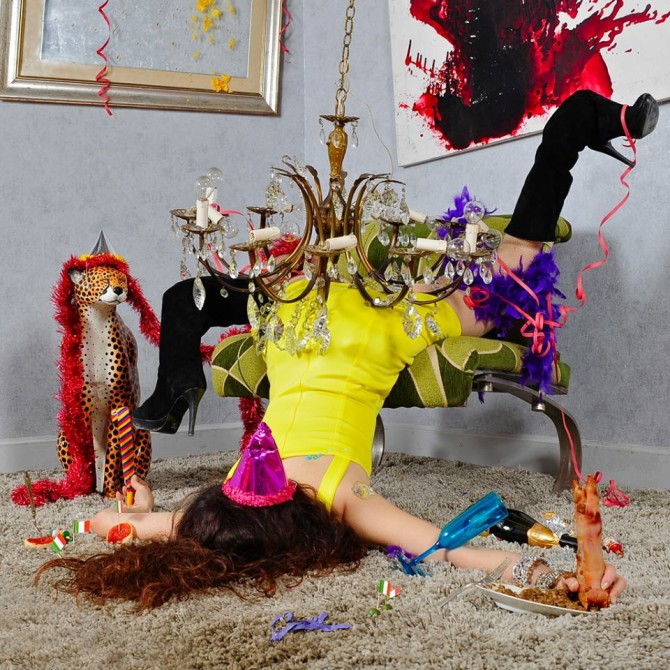 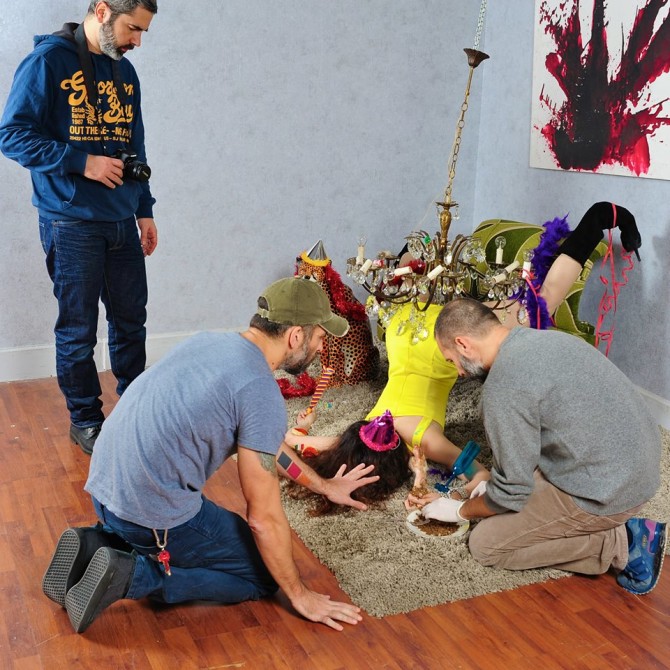 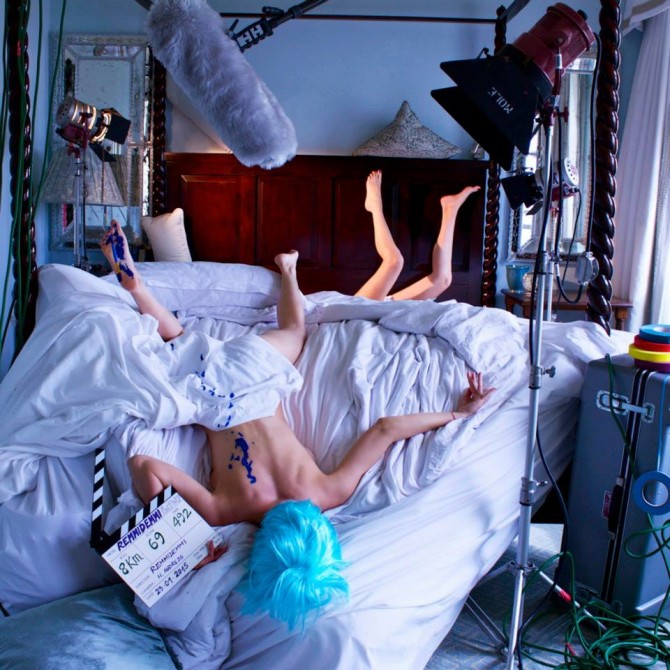 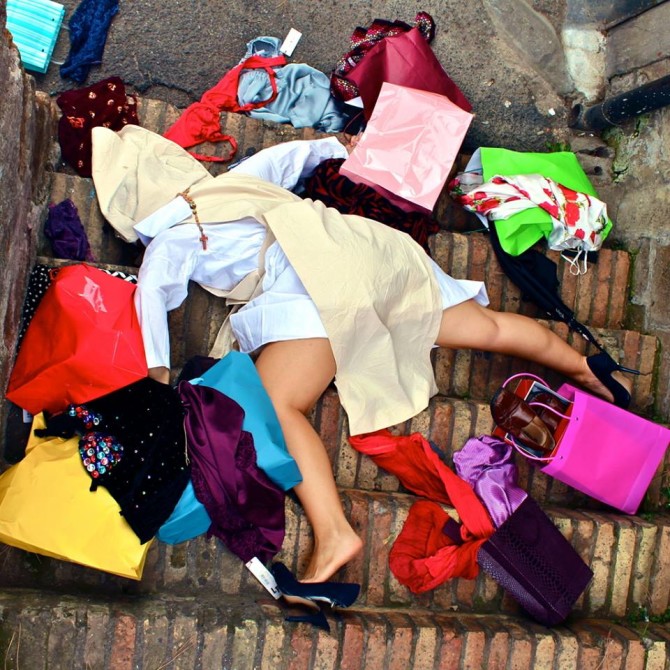 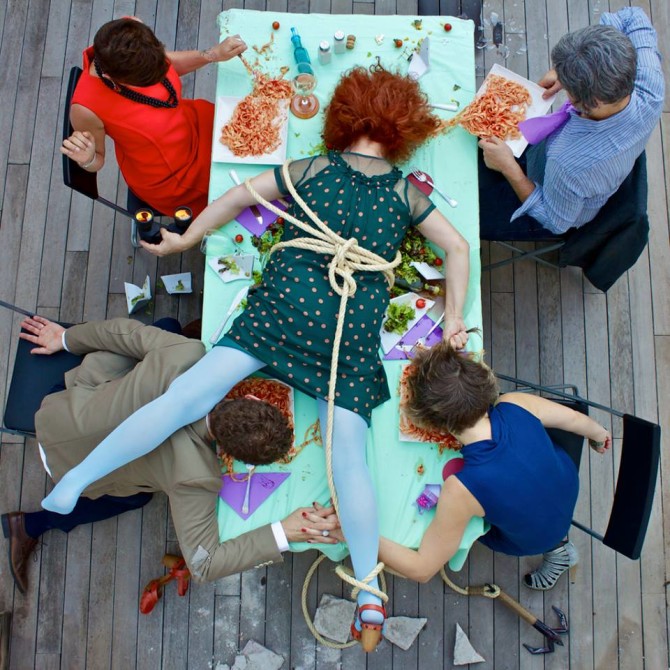 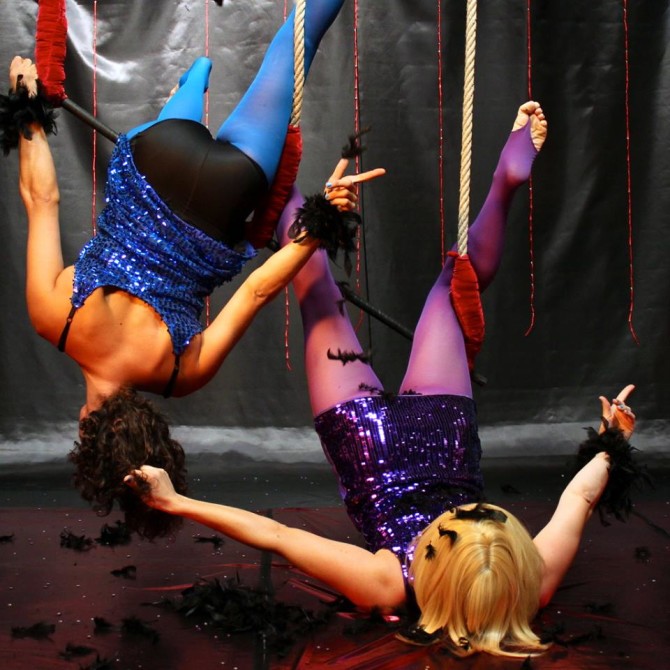 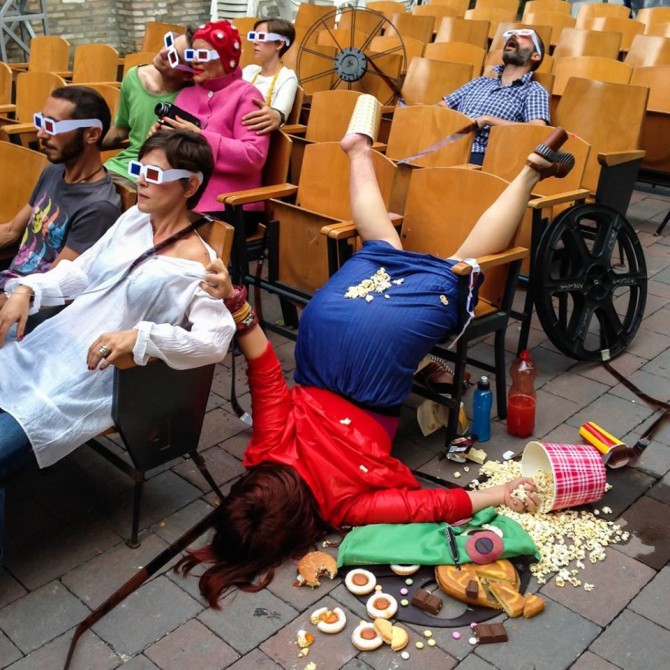 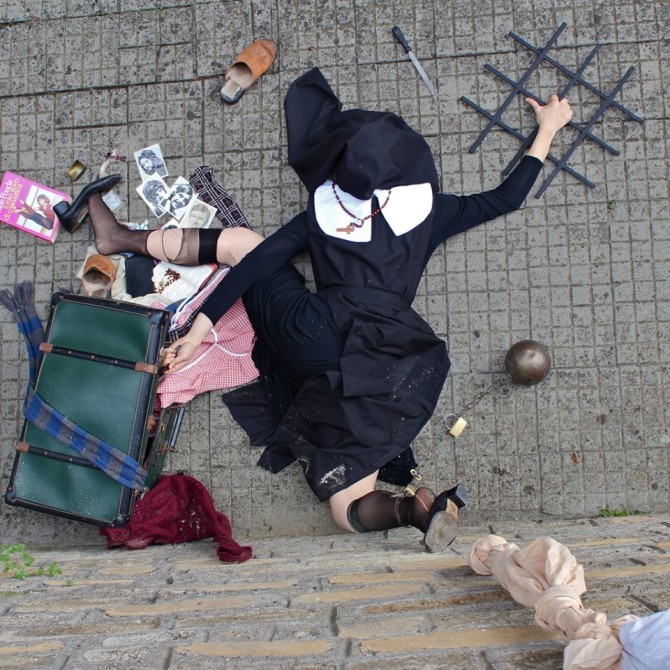 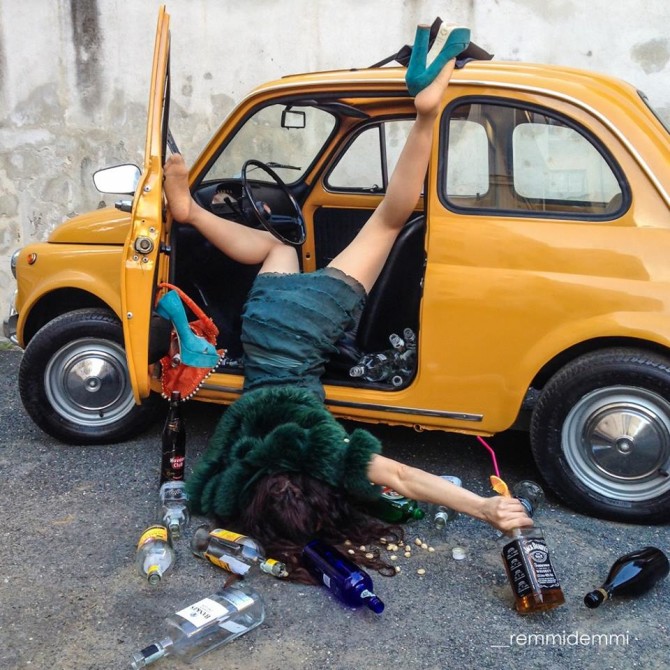 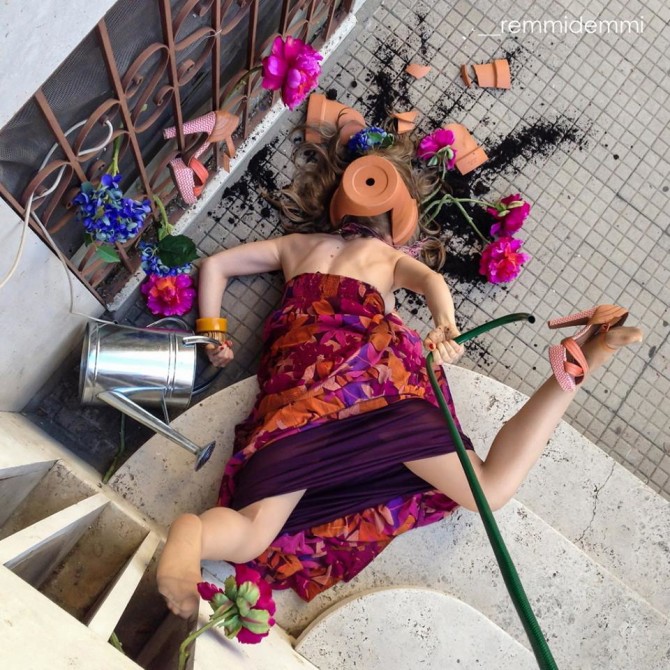 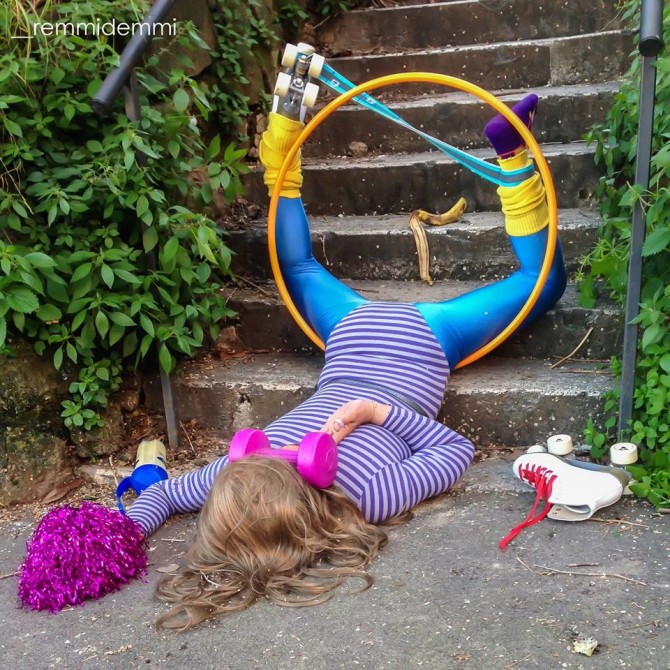 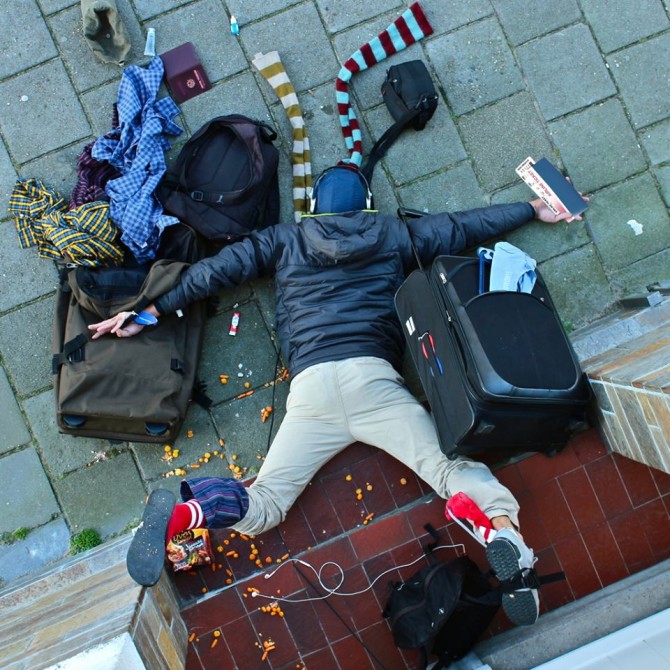 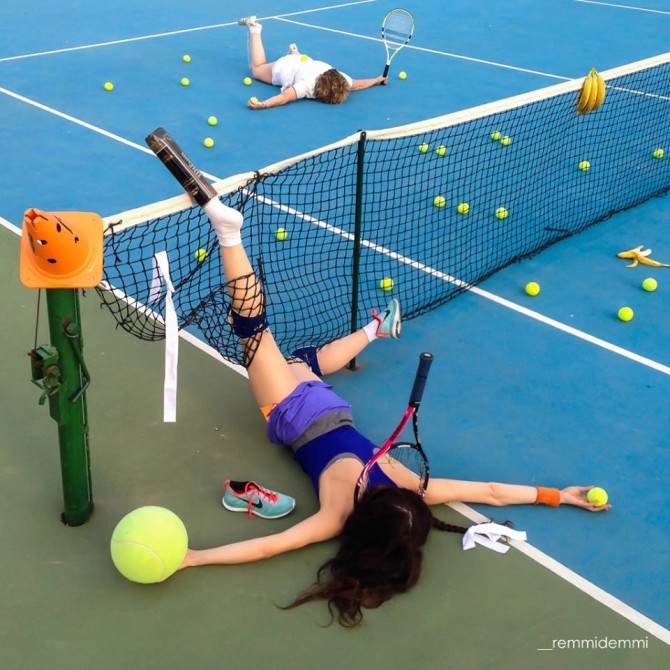 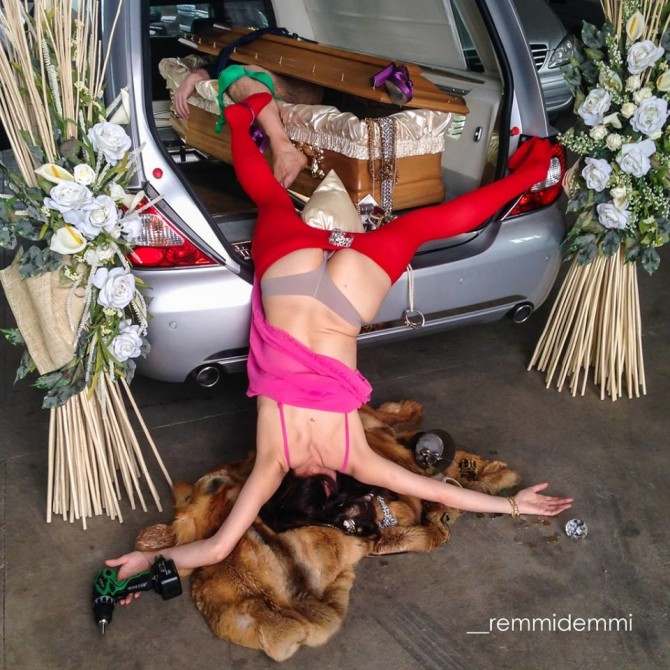