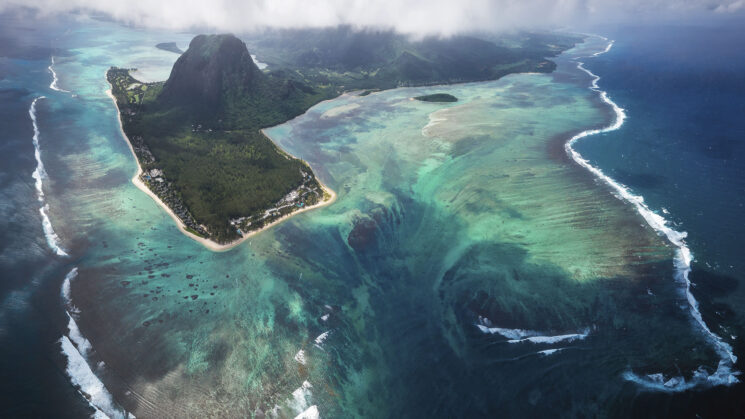 One of the beautiful things about aerial and drone photography is that you can appreciate the earth from a completely different perspective. You can often see things from an angle that from the ground you just can’t appreciate. These images that photographer Stefan Liebermann captured recently of what looks like an underwater waterfall do exactly that.

Stefan was visiting the Island of Mauritius and flew his drone over the Le Morne Brabant peninsula. The peninsula is on the far most South Western tip of the island and boasts its own microclimate. But don’t worry, the island isn’t in any imminent danger of being sucked down a waterfall under the sea, it is, of course, an optical illusion. 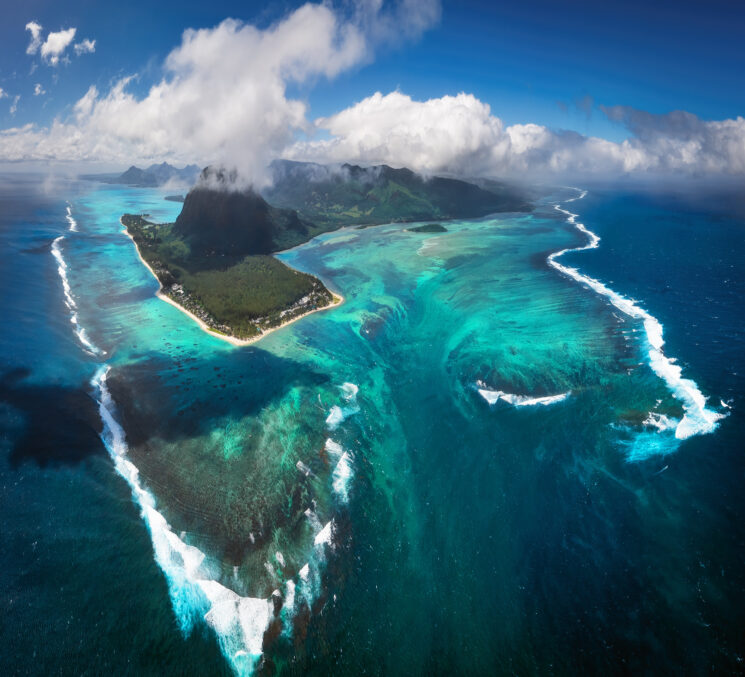 Stefan climbed 600 metres up the mountain in order to make the most of his DJI Mavic 2 Pro‘s altitude. He flew the drone 4 kilometres out and around 300 metres high. He then took multiple still images to create these panoramic photos of the whole scene, combining between 10 and 12 photos.

Any self-respecting photographer knows that there’s no great shot without a little pain, and Stefan says that the climb up the mountain was “steep and a little exhausting”. He also commented that flying the drone 4 kilometres out and back put a lot of pressure on the battery. The drone managed to make it back with zero battery left on not much more than a wing and a prayer, according to Stefan.

Still, even with a steep climb and a trashed battery, these images make it worth it. So what’s exactly going on in the image then if it isn’t really a waterfall?

It’s actually just the silt and sand sediments being moved around by the ocean currents that create this incredible effect. It’s apparently quite safe to swim and surf there without worry of getting sucked down a waterfall. Either way, I’m adding it to my list of places to visit!

« How the paparazzi were created out of the postwar Italian film industry
Watch: The best and worst ways to clean your camera sensor »