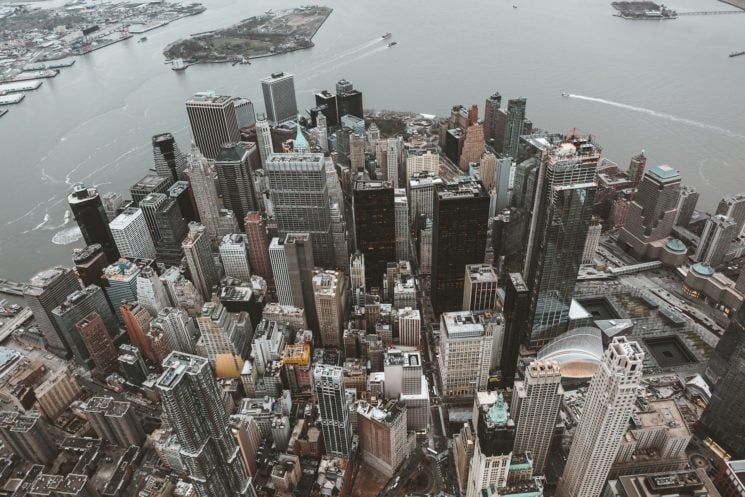 The number of coronavirus-related deaths in New York City is alarming. Because of this, there have reportedly been more mass burials on Hart Island than ever. Photographer George Steinmetz was recently documenting a burial ditch on Hart Island with his drone, which put him in legal trouble. His drone was confiscated by the police and he was issued a Desk Appearance Ticket.

Steinmetz is a regular contributor for National Geographic and The New York Times, with over 30 years of experience under his belt. The incident happened last Thursday when he was documenting the preparations for mass burials on Hart Island. According to DPReview, he was cited for violating NYC Administrative Code § 10–126. This code prohibits the takeoff and landing of drones within New York City. And from what we know, it can be quite tricky to legally fly a drone in NYC, even for professional pilots.

Speaking with DPReview, Steinmetz said that his encounter with the NYPD “was not about any safety or privacy considerations that [he] assumes the law was designed for.”

“The officers who cited me were not local, and appeared to be working in conjunction with city employees involved with Hart Island interments. It was a clear example of a law being used for petty press intimidation. It doesn’t look good to see the city’s poor treated like toxic waste.”

Steinmetz managed to save the images he took and he shared one to his Instagram account. He explains that the images show preparations “for burials of what appear to be more COVID-19 victims this morning on Hart Island, New York City.”

“For over 150 years this island with no public access has been used to bury over a million souls [whose] bodies were not claimed for private burial. With the morgues of NYC strained, the pace of burials on Hart Island has increased dramatically.”

The photographer writes that he was cited by NYPD while taking this photo, his drone was confiscated as evidence, and he is scheduled to appear in court mid-August. There are hundreds of comments on the photo, and people’s opinions vary greatly. Some call it “disrespectful” to take photos of a burial. Others believe that, in moments like this, these images are important evidence of the situation the world’s going through. One comment especially caught my attention, replying to someone’s claim that taking these photos is disrespectful:

It’s certainly debatable whether photos like this are ethical or not. And I’m sure we all have strong opinions about the subject. Personally, I believe that all faces of this pandemic should be documented. And for the most part, these faces are not nice. Not to mention that there are images way more graphic and disturbing than these, so all in all, I personally wouldn’t say that Steinmetz’s photos are disrespectful to the dead. But of course, that’s just my two cents. I would love to hear your thoughts on the matter, too.