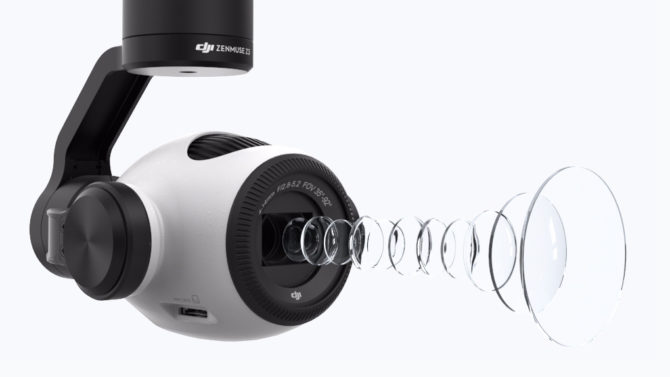 Everybody seems to have a drone these days of some sort or another for all kinds of different things. Most of them have cameras attached, but almost all of those have one limiting feature; they have a fixed focal length, which means the only kind of zoom you’re going to get is digital.

DJI’s new Zenmuse Z3 is changing that by integrating an 3.5x optical zoom lens and a “2x digital lossless zoom” to let you get a closer look at your subject from the skies.

The “lossless zoom” is a bit of a trick, really. It’s only available in 1080p, so you’re actually just cropping a 4K shot down to 1080p. You might as well just stay 4K, use the 3.5x optical zoom, and then crop in post if you’re going to do it that way (which is what most people do with fixed focal length footage already).

In 1080p, the zoom gives a field of view equivalent to that of a 22-77mm f/2.8-5.2 lens on a 35mm DSLR, which is a pretty good wide to medium range. 24-70mm f/2.8 lenses are a staple amongst many ground based photographers and cinematographers, so it’s a useful range to cover.

The lens at its widest view is similar to that which you might expect from any other drone available today, but when you’re zoomed in all the way, you can get pretty close to your subjects. 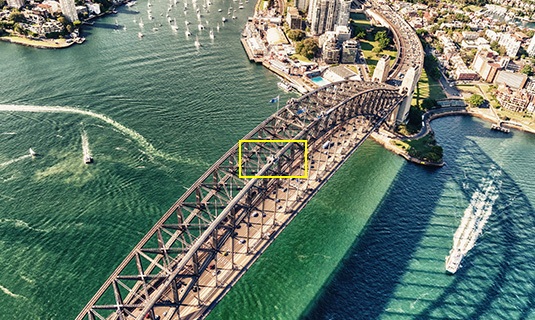 Without further assistance, I imagine your gimbal would be working overtime to keep this kind of focal length equivalence steady.

To combat this, DJI have added an additional layer of fine-tuning to the yaw control of the Z3, with a custom designed “reaction wheel”. This works in tandem with the normal yaw motor to allow for smoother control, smaller movement adjustments and greater stability. 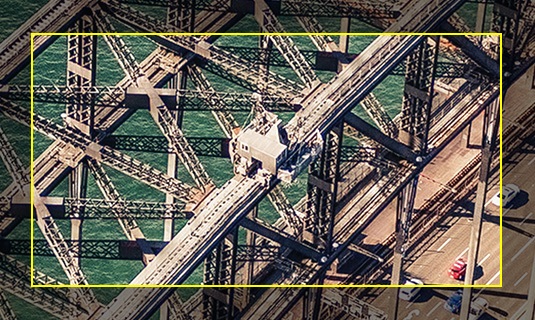 DJI say that this still won’t be perfect, though, at least not for video.

Video shot at 7x zoom will be shaky. This is the result of the extended focal length, which magnifies the image, reducing the performance of stabilization systems. This shake does not affect still image capture. Still image capture is recommended when zoomed in.

DJI aren’t the first to produce a drone-mountable optical zoom lens, nor is it the most powerful, the Aeryon HDZoom30 offers a 30x optical zoom, and the “digital zoom” is a bit of a gimmick, but it’s good to see zoom technology starting to become a little more available to the mass market.

DJI say this drone camera is aimed at equipment inspection, fire control, search & rescue, building inspection and similar such tasks. All perfectly legitimate reasons for requiring a zoom to a drone, especially if you’re not able to get your drone that close to what you want to see.

Adding optical zoom power in a drone, however, does potentially raise even more privacy and security issues, so it’ll be interesting to see if this takes off with other manufacturers, or if it stays in the realms of specific task markets.

Compatible with the DJI Inspire 1, Matrice 100 and Matrice 600 drones, the Zenmuse Z3 costs $899 and is available now.

A valuable tool for specific real-world tasks and creative purposes? Or a major privacy problem just waiting to happen? Let us know your thoughts in the comments.