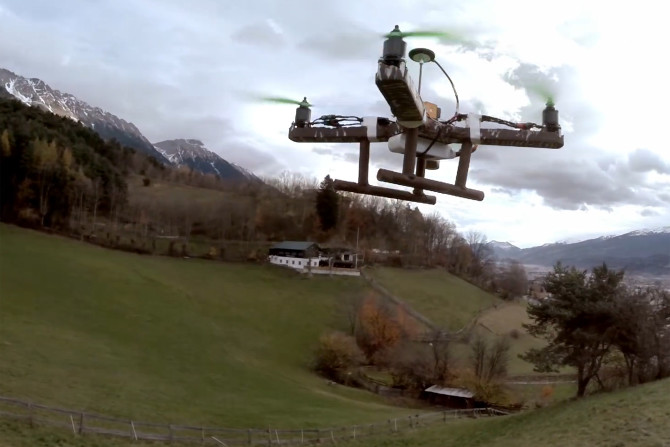 The Phantom 3 might have a fancy built-in 4K camera and 3D Robotics’ Solo can orbit around you, but when you’re feeling a bit peckish at the end of a shoot these drones have nothing on the Chocolate Copter.

This airborne dessert is made of homemade chocolate and electronics available online, and flies surprisingly well. Just don’t fly it on a hot day.

Watch as Julia creates the delicious drone and then goes out to fly it with her husband Michael, in what seems like a great way to spend an afternoon.

As you can see, the process is rather simple. Make some chocolate, drop it in a cross-shaped mould to cool, add landing feet and the electronics and you’re good to go. Obviously I’m over-simplifying the process, but it’s really not that hard to do. 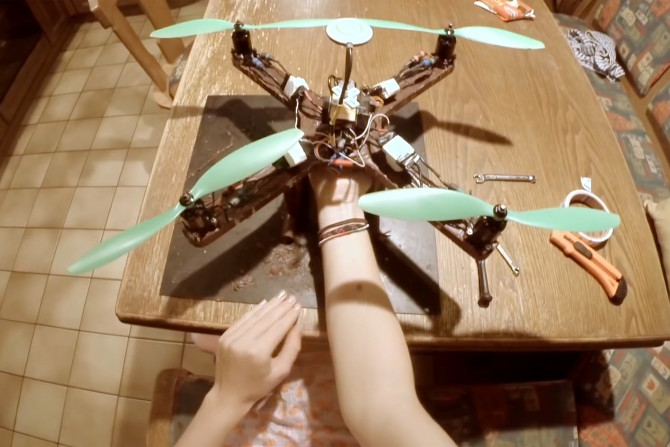 The video above seems to have been made specifically for GoPro, and was uploaded a couple of weeks ago.

The original video of the chocolate quadcopter, the first of its kind, was uploaded back in June of last year. The concept is almost identical; it’s just less professional and messier.

OK, so we probably won’t see DJI making drones out of chocolate anytime soon, but you’ve got to admit this is a yummy idea.

Social Media Networks Don’t Give a Flying Fudge-Nugget About Your Copyright!

A very sweet Nikon camera for all the chocolate-loving photographers