What do you get when you cross Hasselblad’s A5D aerial camera with a DJI Matrice 600? The photo above is what you get, and it’s an absolute monster of a flying camera.

DJI bought a “strategic minority stake” in Hasselblad last year, which seems to now be bearing fruit with their first joint product, and the creation of this ultimate aerial photography rig.

Combining best-in-class aerial optics with the world’s most powerful aerial platform is a natural development for DJI and Hasselblad. We are delighted to provide this unique bundle to professional photographers, surveyors and mappers.

The A5D comes with a 50mm lens, and a 50MP sensor about twice the size of a full frame DSLR’s, in a body light enough to be flown in the air and seals strong enough to prevent dust and other airborne nasties from entering the optical system.

The M600 is fully compatible with the Ronin-MX gimbal, which sets the price of the drone at well over $6,000 before you even add the camera. 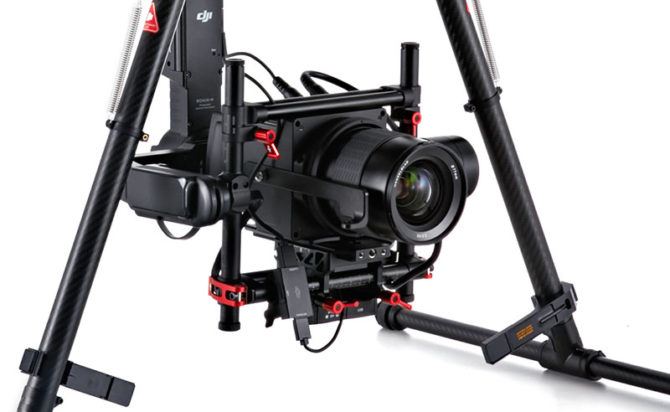 The price of the camera on its own still doesn’t seem to have been officially announced by Hasselblad, despite the camera itself being announced last year, but I would imagine it’s not pocket change.  There’s also no word on pricing or availability for the whole bundle yet, either.

It’s a hell of a rig, but I think it’ll be out of my reach for quite a while. How about you? Are you ready to up your aerial photography game? Let us know what you think in the comments.