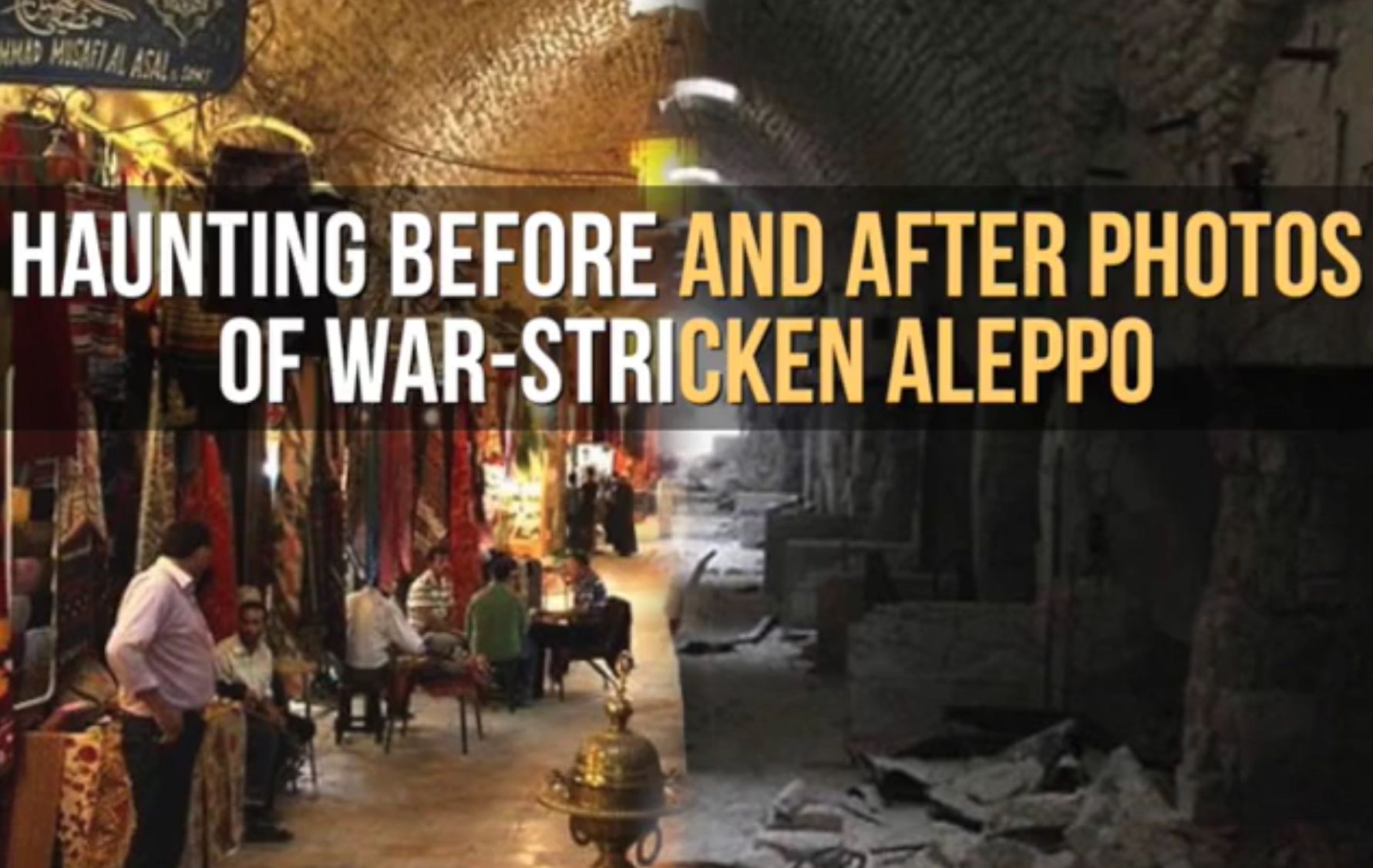 The war in Syria has claimed more than 130,000 lives. On top of the lives lost, over two million Syrian citizens had to evacuate into bordering states and about two million others were dislocated within Syria.

Aside the sad reality of the of the people of Syria, it is also suffering from vast bombardment. The results of which are maybe best displayed  when looking at the Old City of Aleppo – Syria’s biggest city . The Old City of Aleppo, was officially designated as a UNESCO World Heritage Site about 30 years ago. After the bombardment it was reduced into a rumbles.

Bored Panda featured 20 photos of before and after the the city, a post which got over 60,000 social interactions.  But those photos compiled into a movie by LA celeb David Wolfe, and the movie gained over 11,000,000 views in just two days.

« DJI and Hasselblad team up to laugh at your puny drone camera with this medium format monster
I am photographing 1,200 pilgrims, here are the first 200 »