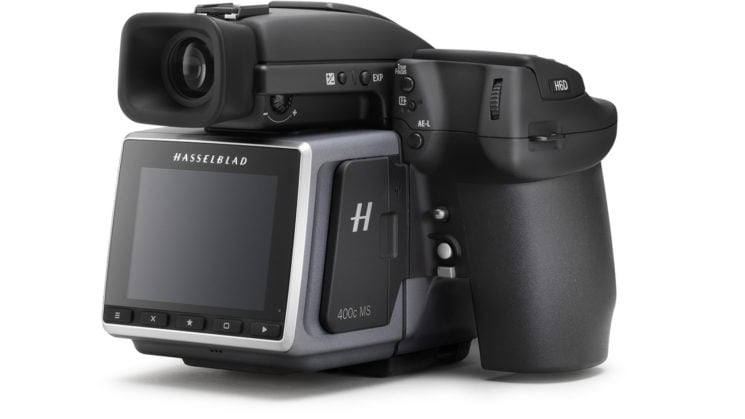 Hasselblad have just announced the new H6D-400c. A 400MP monster of a camera, but there’s a catch. All is not quite as it initially appears. Yes, it can produce 400MP images, but it’s not a 400MP sensor. It’s still a 100MP sensor, but it uses pixel shifting, taking multiple shots to form a single higher resolution image. Six shots this case.

As well as this, the H6D-400c offers a four-shot multishot mode which allows the camera to record full red, green and blue values from every pixel. A very cool technique that should (theoretically) yield Foveon-like quality from a Bayer sensor.

Although the native sensor is still the same 100MP resolution we’re familiar with in the H6D-100c, the new technology is very cool. And looking at the samples from Hasselblad, the difference is quite obvious. In the images below, the shot on the left is the straight 100MP image from the sensor magnified at 400%. In the middle, is the 4x multishot mode, giving every pixel full red, green and blue values. On the right is the 6x multishot mode producing a 400MP final result.

The way each of the two systems work is not an original idea. We’ve seen pixel shift technology used in Pentax before, and it’s in plenty of phones – my new ASUS Zenfone 4 does it, too. But this is the first time I’ve seen it applied in a medium format camera. Both multishot methods work slightly differently.

The four shot version essentially shifts the sensor around a pixel at a time horizontally and vertically to ensure that each of the red, green and blue photosites sees the full scene. It then merges them into a single image with no need for interpolation. 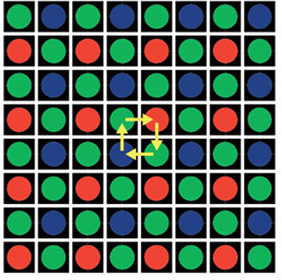 But you can see in the image above, that the photo sites don’t cover the entire sensor. The six shot technique performs as above and then fills in those gaps between each of the pixels to create a more complete picture. It then slots these “new pixels” in between the others to create a final 400MP 16Bit TIFF file. 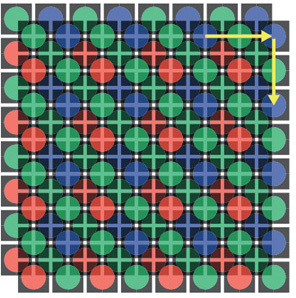 It’s a very cool idea which hardcore Hasselblad shooters will love if they’re doing any kind of serious product work, landscapes, etc. I probably wouldn’t count on it if you’re shooting things like sports, or possibly even portraits if you’re going handheld. It still has to shift the sensor and take multiple shots which takes time. It’s a very small amount of time, but enough that you can expect to see oddities if you or your subject are moving quickly.

But it would be nice to be able to play with this and see exactly where its limits are in that regard. I would like to be pleasantly surprised, but I wouldn’t get my hopes up.

If you happen to have a bit of loose change burning a hole in your pocket, the Hasselblad H6D-400c is available to pre-order now for $47,995 body only. You can find out more information over on the Hasselblad website.