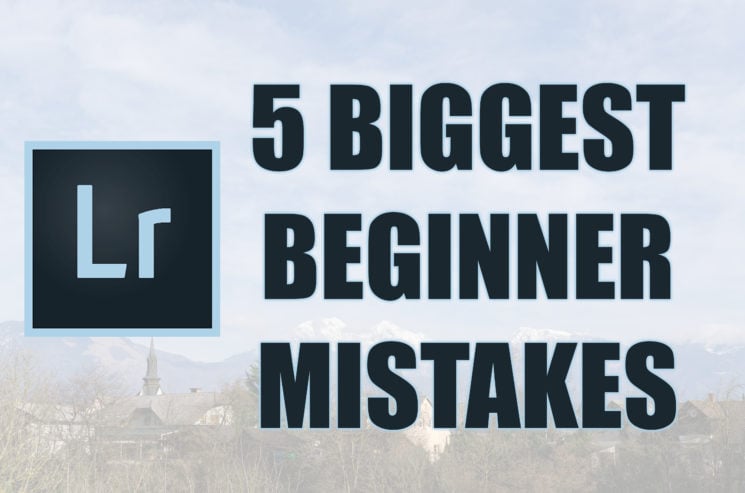 As I always say, we all make mistakes, and it’s good because we learn from them. But there are some mistakes that can be avoided, or at least we can learn to overcome them much faster. In this video, Nigel Danson reflects on the five biggest mistakes beginner landscape photographers make when editing their photos in Lightroom.

1. Paying too much attention to histogram

I don’t know about you, but one of the first things I was told about histogram is how an “ideal” one looks like. And there’s no such thing as “ideal” type histogram. How it will look depends on your scene, and Nigel suggests that you look at the photo and rather see what looks right in it. Histogram is definitely a helpful tool, but it’s not the only one to rely on when editing the exposure in your photos.

2. Darkening clouds too much

When you have bright, white clouds in an image, you may have the urge to darken them so they don’t stand out too much. Heck, I know I do. However, it’s easy to overdo this, and you’ll end up with a photo where the clouds don’t really match the scene. So pay attention when editing the clouds and making them darker.

3. Wrong balance of tones and colors

Another common mistake is getting the tones and colors wrong, or rather not balancing them properly. When you lighten or darken certain parts of the image, pay attention not to overdo it or else you might lose the original “mood” of the image. Similarly, pay attention to the color tones and how they complement each other. Nigel gives great examples in the video to make it clearer.

4. Not thinking about the edges

This is something many people overlook when shooting, but also when editing. Pay attention to the edges of your scene and look for distracting elements. You can clone the out or crop the photo to remove them, so they don’t draw the viewer’s eye away from the main subject.

If you shoot RAW, you’ll certainly need to pump up the vibrance and saturation in your images. But this is also one of the edits where you can easily get carried away. Nigel often boosts contrast, which also improves saturation in the image. He most commonly adjusts saturation based on color, so he adds or removes saturation only from specific colors in the image. You can do this either through HSL or Color adjustments. I suggest that you also check the “before” and “after” of your image from time to time (just hit “/” on your keyboard). This makes it easier to see if you overdid it with the saturation boost.

Nigel gives some great examples in his video to illustrate each of his points. As I mentioned, we all make mistakes and use them to learn, but you can check out Nigel’s video so you don’t have to learn things the harder way. :)

10 Common Lightroom mistakes and how to avoid them