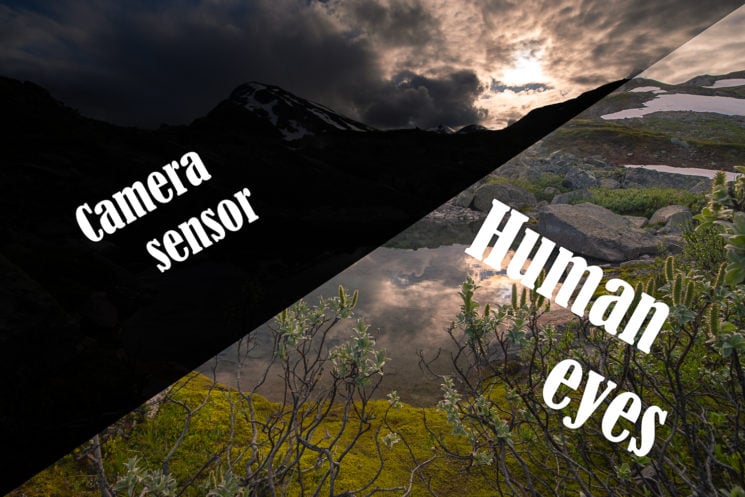 When I received my first camera I only shot jpegs. That was all I knew. A few months later a friend of our daughter came for a visit. She told me that it would be an idea if I started to shoot in RAW. I was like: “Say it again….what?” My ignorance was almost tangible. However, I took the challenge and have never looked back. Little did I know that my yes would start a life long learning and cost me a small fortune in editing software.

As photographers, we play with light. We often learn by trial and error on how to master and control light. Our greatest challenge is that a camera sensor doesn’t perceive light as our human eyes do. The sensor is linear in its perception of light whereas our eyes handle light quite differently.

Human eyes are tuned to see a wide range of tones. We are able to see shadow detail in a very contrasty scene, and we reduce the impact of the highlights. It is as if we add a curve to the light so that we make it non-linear compared to the camera sensor’s treatment of light. We can compare this curve to what the shadows and highlights sliders do in Photoshop. When we edit, we open up the shadows and take down the highlights to arrive at an image in the likeness of what we saw.

The difference between our eyes and the camera sensor

Let’s have a closer look at this photo which was shot in Jotunheimen, Norway. The sun found an opening in the clouds and the scene was very contrasty. The image below shows how the camera sensor perceived the scene when I exposed for the highlights like my eyes saw them. (Shot with the Pentax K-1 and Pentax 15-30). 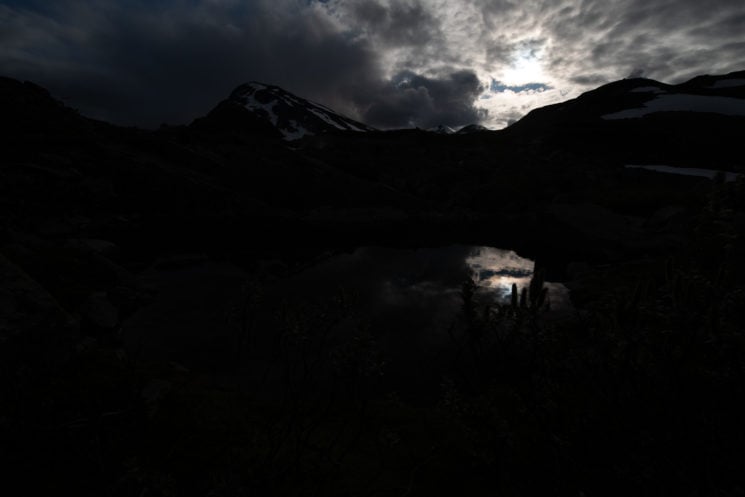 The next image is approximately how my eyes interpreted the scene: 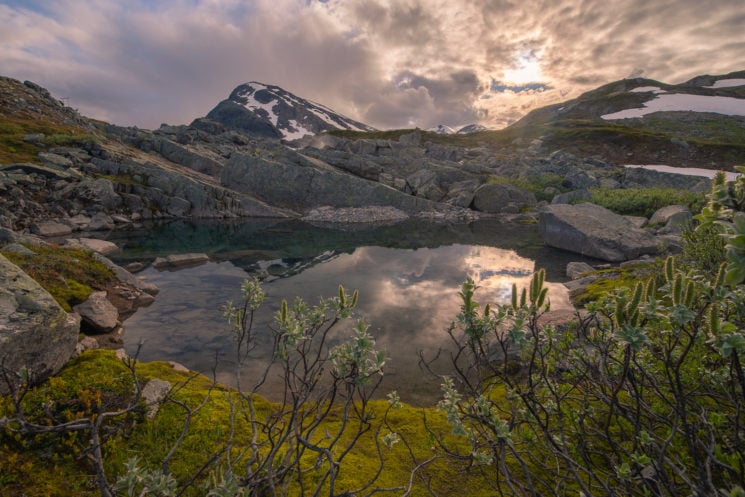 Since I shot the scene in RAW, it was possible to extract a lot of shadow detail from the original file. And it is even now still possible for me to fine-tune the white balance. The “problem” with a jpeg file is that we allow the camera software to destruct a lot of information which is impossible to recreate at a later stage. This includes the possibility to adjust the white balance after the image is captured. Image compression also contributes to this information loss. Some say we lose around 20 percent information. Others prefer to point out that a raw file is three to four times larger than a jpeg in terms of megabytes.

Switching from jpeg to RAW comes with it own set of challenges, but it is so worth the effort. As an added bonus we in increasingly degree become the masters of our own creations and can let our creative juices flow. What was your biggest challenge when you switched to RAW?