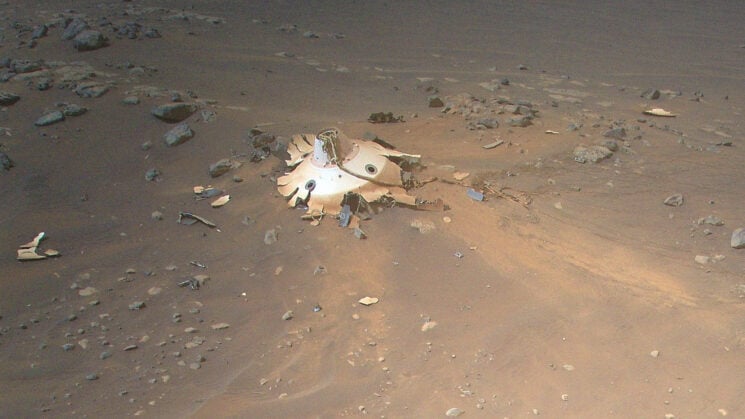 NASA’s Ingenuity is the first free-flying helicopter on another planet, and if you’re into drone photography, it’s providing views that are literally out of this world.

Some of the images taken include views of the parachute and backshell that propelled the craft to Mars in the first place. They look reminiscent of some low-budget sci-fi film, but for the conspiracy theorists out there, are entirely real. 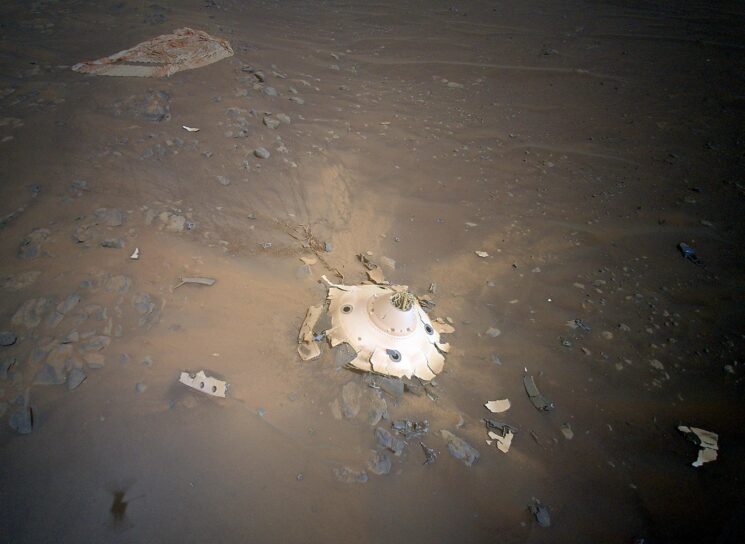 The images are from the helicopter’s 19th flight which it took on April 26th. They show the equipment that helped protect both Ingenuity and the Perseverance rover when they landed on the planet in February 2021.

NASA is particularly excited about the images and hopes that they will shed further light on the landing of the mission and give insight into how the success of future missions can be improved. At some point, they are hoping that samples collected by the rover can one day be returned and studied. Although the mission landing was determined to be a success overall, the images of the crashed debris do show that there could be significant improvements. 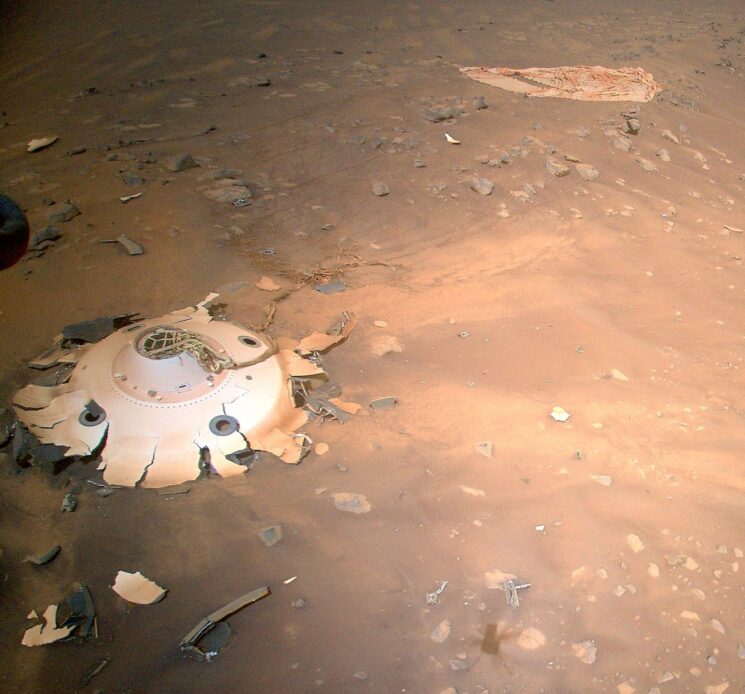 “Perseverance had the best-documented Mars landing in history, with cameras showing everything from parachute inflation to touchdown,” says Mars Sample Return ascent phase lead Ian Clark. “But Ingenuity’s images offer a different vantage point. If they either reinforce that our systems worked as we think they worked or provide even one dataset of engineering information we can use for Mars Sample Return planning, it will be amazing. And if not, the pictures are still phenomenal and inspiring.”

The helicopter has so far spent a total time of 49 minutes in the air and has travelled approximately 3.9 miles in that time. A key goal of the current mission is to search for signs that ancient Martian life may have existed in the ancient river delta that both the helicopter and the rover are exploring.