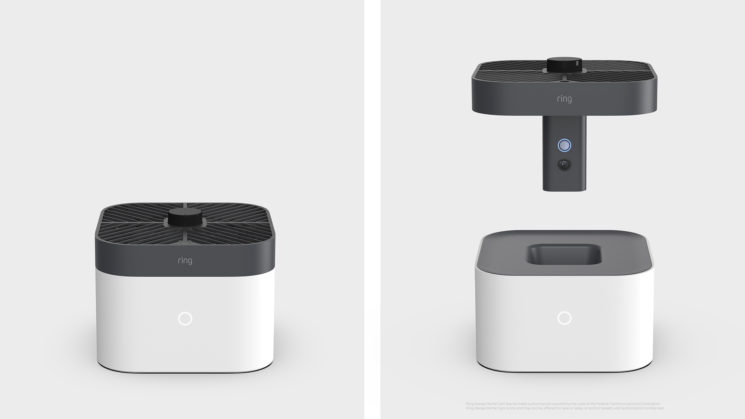 This is both cool and super creepy – especially given past stories of Amazon employees being caught (and, thankfully, fired) for spying on Ring customers. But Ring’s newest announcement isn’t just like their regular home security cameras. It’s called the Ring Always Home Cam, and it’s basically a drone that sits there, silently, patiently, creepily waiting to spring into action.

As you can see from the video above, Ring’s Always Home Cam (I’m callin’ it RAHC because that’s becoming a pain to keep typing out already) essentially sits there waiting to be triggered by an alarm elsewhere in the house. Once one is triggered, it springs into life, alerting the owner and streaming its view to their smartphone.

It’s described as a “compact, lightweight, autonomously flying indoor camera” and it flies along predetermined paths set by the user to help check out your home for you when nobody’s there. Or at least, when nobody’s supposed to be there. They say that it’s built with privacy in mind, and that it only records video when in flight. In fact, when it’s in the dock, the camera is physically blocked by the dock itself so it can’t see even if it wanted to.

The drone itself looks quite well protected, with a big wide band around its propeller blades to make sure it doesn’t slice anything it might bump into – whether that be an intruder or your favourite plant – but there’s been no mention of any kind of obstacle avoidance so far. Will it know when doors are shut? Will it know when you’ve moved your favourite plant that wasn’t in the middle of its flight path before, but now is?

It’s a neat idea, although it means you’re going to have to keep all your doors open when you’re not at home so that the RAHC can actually go and check on stuff ( even if it can detect that they’re closed and doesn’t try to fly through them, doors make for terrible windows to see through). And even if you’re not worried about Ring employees spying on you, having to keep all your doors open could be a problem if you have pets or nosy kids (or siblings) who like to snoop when you’re not around.

But whether or not you’ll adopt your very own RAHC, the fact that it even exists demonstrates just how accepted drones have become in the mainstream market now. And not just on the geeky electronic fringes, amongst vloggers and filmmakers, or even just as toys for the kids to get bored of in a couple of weeks. They’re actually becoming regular everyday things in our lives.