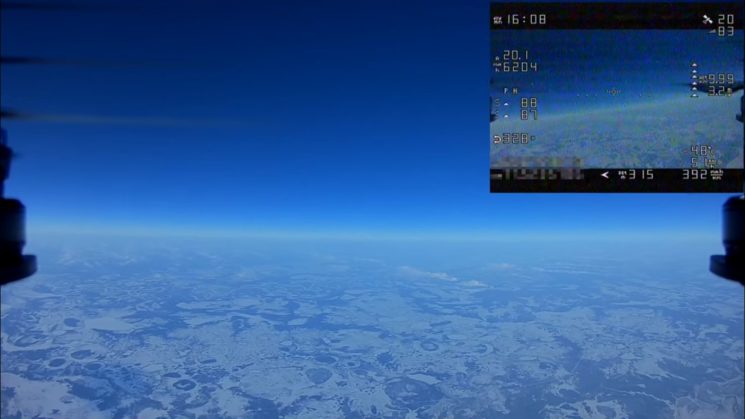 You know how you’re not supposed to fly a drone above 400 feet altitude? Well, a pilot from Russia managed to fly a 1.06 kg (2.3 lbs) drone at 33,000 feet, the altitude most airplanes use for cruising.

The pilot Denis Koryakin explains that the temperature outdoors day was about -10° C. The minimum temperature during the flight was -50° C at around 8,000 meters (26,246 feet) altitude. Luckily, there were no airplanes nearby during this little experiment, and the flight lasted 26 minutes.

Denis shares some details about the drone in the video description, and this is his setup:

As FStoppers writes, Russian laws don’t mention the altitude limits for drones. They report that this video was most likely filmed near the Siberian city of Strejevoï. Reportedly, the commercial flights in this region aren’t common, and most flights crossing between Europe and Asia fly at higher altitudes than 33,000 feet. So apparently, this crazy drone flight wasn’t dangerous. Although it’s impressive, I think it’s still wrong because it could potentially interfere with an airplane. So, I’d suggest you don’t try this at home.