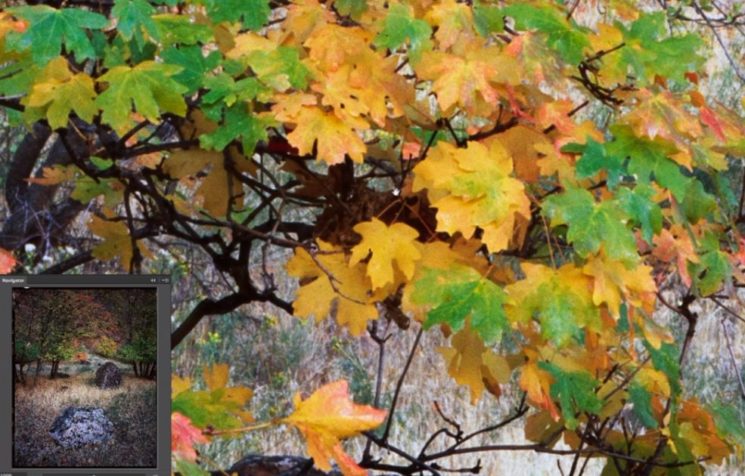 100 megapixels or 400 megapixels sounds like a whole lot, doesn’t it? Well, large format wilderness photographer Ben Horne takes it even further and gets a 709.6-megapixel file. With a little help from his friend Michael Strickland, Ben scans his large format 8×10 slide film with a very high-resolution drum scanner. Check out his video to see the result and how he managed to do it.

Ben explains he sent Michael some film to scan, and they needed a little trick to get the 709.6-megapixel file. Michael had to scan the film in two pieces: the top part and then the bottom part. Then, he assembled the two scans in Photoshop. Ben says that this would be impractical in most situations, but they did it as a test to see what’s possible. And the possibilities are pretty amazing.

In the video, Ben talks about the challenges he had while taking the photo, as well as while processing the huge 709MP scan. He shows you how the file looks in 100% crop, and you can also check out the 100% crops of this image on Ben’s blog.