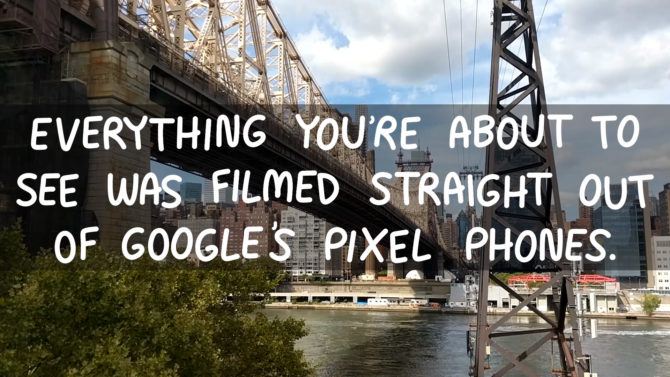 Google’s Pixel phone has received a lot of attention since it was announced just a few short weeks ago. This attention is most notably caused by its camera. After quite a boastful announcement, DxOMark gave it the highest score it’s ever given to a mobile device. There’s a little sample footage out there now, but not a lot of it shows off the true range of capabilities.

YouTubers Nat and Lo were given a pair of Google Pixel phones for a day to go and play with. And play they did. They tested many of the phone’s features on both the front facing 1080p and rear facing 4K cameras. They shot in bright outdoor and dark indoor conditions, and discovered a couple of very neat features.

A neat feature is the ability to switch the camera around between front & rear with just a flick of the wrist. Most of the camera apps I’ve seen have the button to switch cameras up near the top of the screen, and if your other hand’s busy, it can be a pain to switch. So, pretty cool for quickly switching to grab a selfie.

The autofocus also seems to be ridiculously quick.

Despite not having dual cameras, the Google Pixel also seems to do quite well with faking depth of field. It’s still not perfect, though. You can see in the sample below that the Godzilla toy on her shoulder is blurred just as much as the rest of the background. 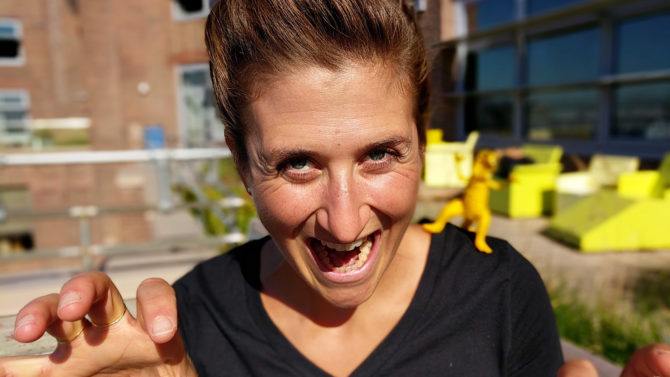 But for only having a single lens, it’s a fairly impressive result. Your mileage may vary, though, and other comparisons have shown that it’s not always so great. Of course, neither is the iPhone 7 Plus.

So, if you’ve recently returned your Samsung Galaxy Note 7 and are wondering what to pick up as a replacement, the Google Pixel looks like it could be a very viable alternative. That is, if you haven’t already switched to the other side and picked up an iPhone.

What do you think? Does the Google Pixel look like it could be your next phone? How do you think it compares to what we’ve seen from the iPhone 7 & 7 Plus? Let us know in the comments.

« Here is how to get CaptureOne Pro for only €50! (but only if you shoot Sony)
A primer on shooting 35mm, medium format and large format film »