Alan Sailer likes to blow stuff up. And when I say blow stuff I mean the good old fashion way. With a canon, custom made air gap strobes and a dedicated controller. After spending a great deal of time on his flickr stream, I asked him a few questions.

Can you describe your top level setup?

The set-up for the air cannon is a variation on the common potato cannon. Briefly, the cannon has three parts, an air reservoir, a valve and a barrel. The air reservoir store a volume of high pressure air, the valve opens quickly and dumps this air into the barrel, which pushes the projectile in the barrel out at a high velocity. I am using about 80psi and my projectiles get to about 300 feet per second.

This is all happening in a crowded and very dirty garage in Southern California. I have several safety precautions depending on the type of projectile. For the air cannon it’s hearing protection, face-shield and a good backstop to catch the projectile after it hit the target. If the projectile is something soft like an egg I’ll skip the face protection. I am about eight feet from the target area (the air cannon is long) so I have some protection due to that. 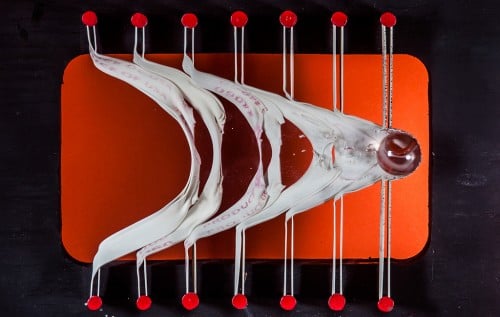 What is your creative process?

This is going to sound really dumb, but I walk around at stores, garage sales etc and imagine how various objects might look as targets or if they are fairly round, projectiles. Then I try them out. If they look good, I post the images. If they suck, I try something else. 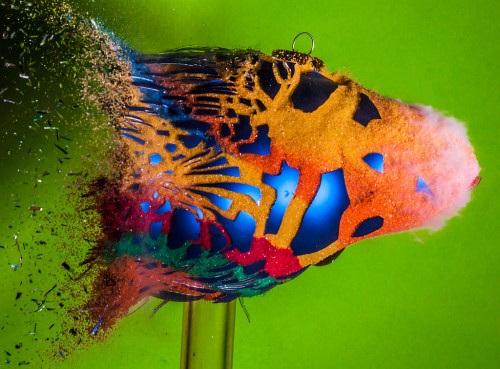 Some of the more interesting things you blew up?

You are going to have to answer that one yourself :-)

[UDI: I did, the nuggets are spread around this post :)] 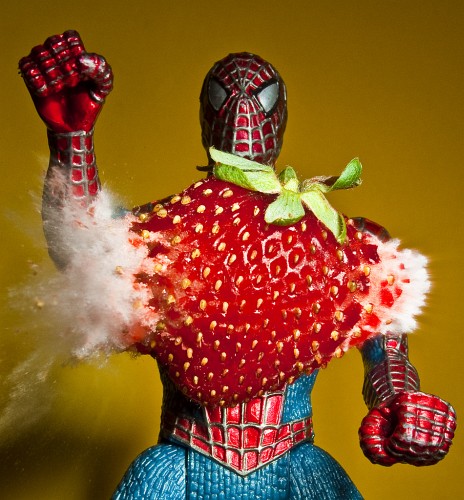 What equipment you are using?

In addition to the home made air canon, I am using the CameraAxe/Projectile sensor. The flashes are homebuilt air gap flashes described in a diyphotography post from a while back by Maurice Ribble. They are based on an old Harold Edgerton design. 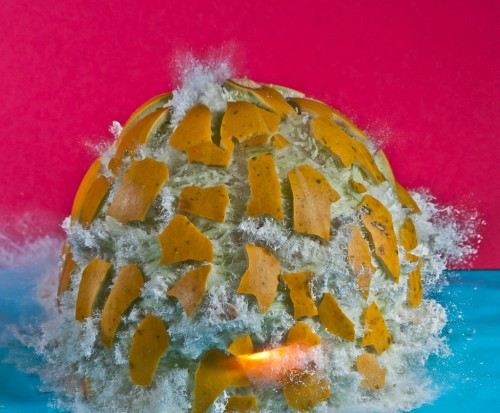 The pellet is pretty fast, how do you time the flashes?

The sensor works by shining the light from an Infrared LED onto a detector. When something passed in front of the LED it interrupts the beam and sends a signal to the CamraAxe controller. The projectile sensor has two LED/detector arrays. It uses the time delay between these two to calculate the projectile speed and predict when the projectile will arrive at a certain spot. It is useful for the air cannon since the speed from on shot to the next is pretty large in an air cannon. 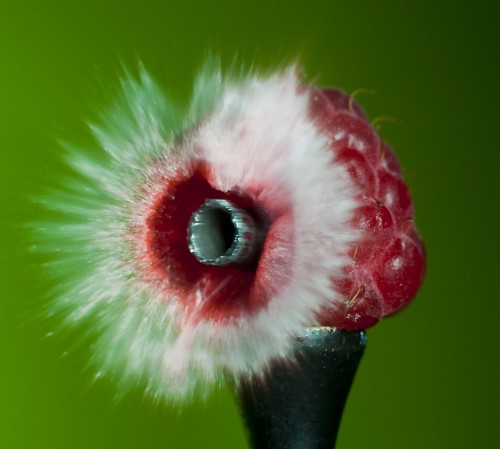 How did you start with this weird Hobby?

I am not completely sure. I know that when I saw the Make Magazine that had a description of the open source Quaketronics flash controller I built one, tried smashing a few light-bulbs and popping some balloons.. They looked bad so I stopped. At one point I ran into Jasper Nance’s fantastic high speed work on Flickr. She was using a home-built microflash so I thought why not? I spent three months building a microflash and getting my first very high speed image. It was so interesting to see time stopped that I just kept going.

When one of my picture went viral, I got enough positive reinforcement that I am still pressing the little lever. 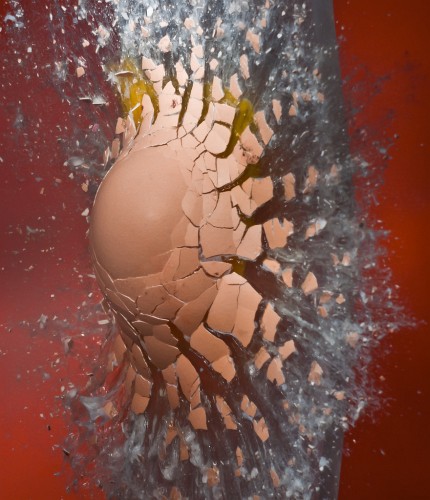 What was your favorite thing to blast?

Christmas bulbs filled with gelatin. I think they are very beautiful. 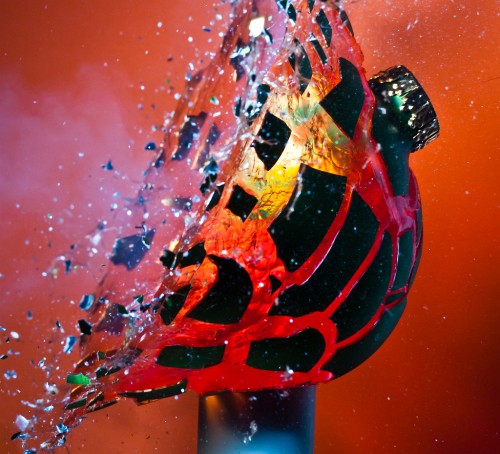 What is your advice for anyone wanting to start with this kind of photography?

I think the most important characteristic is patience. My experience with high speed photography is that things are always going wrong. If missing shots due to equipment limitations drives you crazy, go away and try some other type of photography. If you can believe it, a fair number of my carefully set-up targets end up as debris on the floor and a black frame on the camera due to trigger failure or flash malfunction.

It also helps to have a high tolerance for mess and that you don’t freak out if some crap gets on your camera. It is possible to keep everything clean, but I guarantee you that you will spend less time taking good pictures and more time worrying about not making a mess. 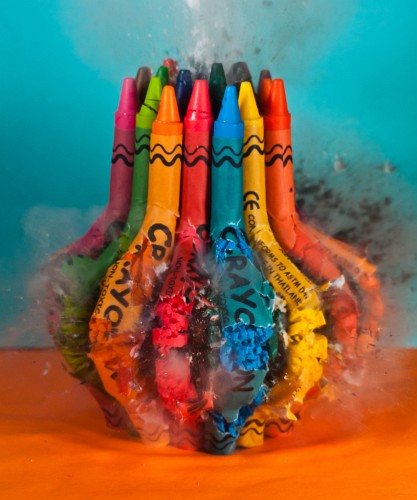