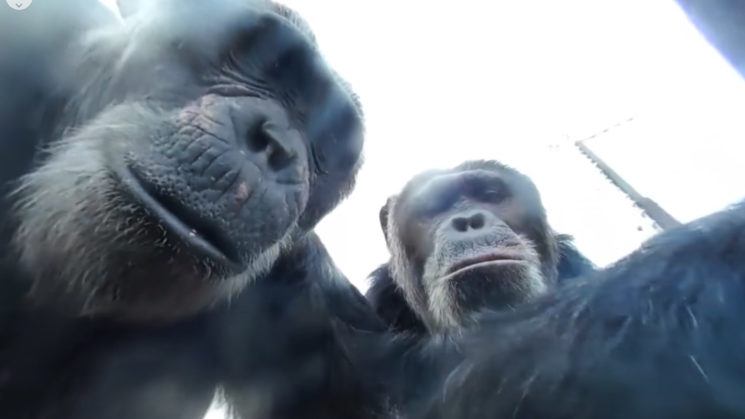 Despite not having an LCD that lets you review your photos & video, it turns out you can chimp with a 360° camera. The New York times were filming for The Daily 360 at the Sweetwaters Chimpanzee Sanctuary in Laikipia, Kenya. A curious chimp came along to see what was going on. Quizzically looking at the camera stood on its, appropriately named, GorillaPod, it picks up a stick to poke it.

A keeper off to the side starts to laugh, amused at the chimp’s behaviour. Then as the chimp actually manages to get hold of the camera, they start trying to reason with the chimp to give it back.

The curious nature of chimps can be beautiful and amusing to watch. As is their relative mastery of tools. Using a stick to drag the camera closer and be able grab it is a pretty smart move. It seemed, however, they were more interested in the GorillaPod than the camera. 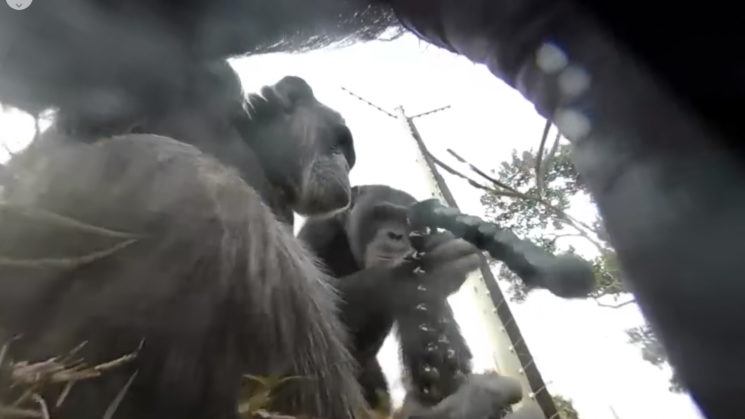 Although, fortunately they kept the camera close to capture their efforts. After about 25 minutes, the chimp was convinced to give the camera back in return for a Fanta.

So, far, PETA haven’t filed suit to say that the chimps own the Copyright on the footage. After a previous ruling stating that animals can’t own Copyright, they presumably can’t be bothered as they won’t profit from it.

« 5 DIY tricks every filmmaker should know
Here’s how to manage cables, chargers and batteries when traveling »