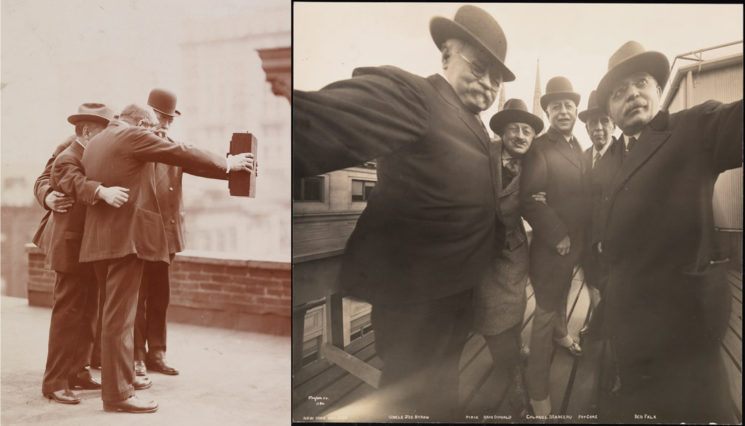 Selfies are a 21st-century thing, right? Well, they certainly got popular in the 2000s, but the first selfies were taken way back. Before it was cool. Photographer Joseph Byron may be responsible for the first selfies ever taken, both individual and group. I think they could easily get tons of likes on Instagram today.

Joseph Byron took a snapshot of himself in 1909, almost 110 years ago. An elegant man in a top hat and a suit holding the camera as kids today hold their cell phones. I find it a bit strange, but very fun to see. 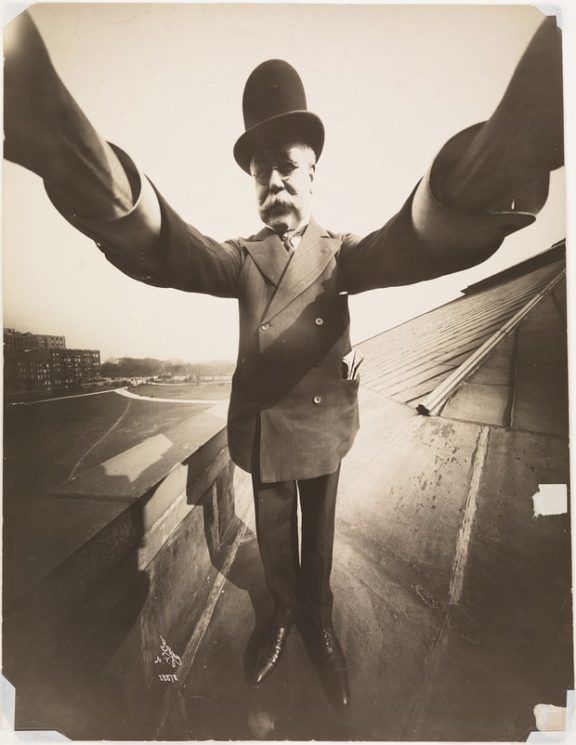 In December 1920, he took a group selfie of himself and his colleagues Pirie MacDonald, Colonel Marceau, Pop Core and Benjamin Falk. They took a photo on the roof of Marceau’s studio, Byron holding one side of the camera with his right hand, and Ben Falk holding the other side with his left hand. 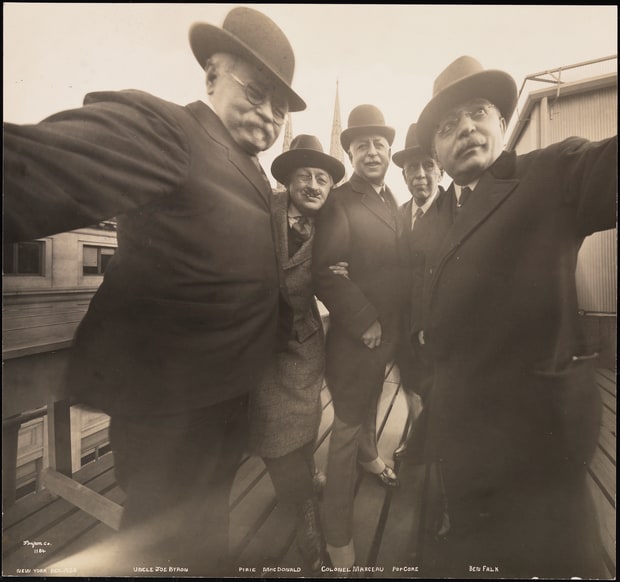 Joseph Byron was an English photographer, coming from a family of photographers. He immigrated to the US in 1888 and opened his photo studio in Manhattan in 1892. The studio named Byron Company was specialized for photographing Broadway shows and other stage productions. And thanks to the 7th and 8th generation of photographers, Thomas and Mark Byron, the studio still operates under the name Byron Photography.

The Museum of the City of New York’s digital collection contains 23,000 Byron Company prints, and these selfies are only a small part of this collection.

Now, some people argue that it was Robert Cornelius who took the first selfie ever. He produced a daguerreotype of himself in 1839, sitting outside the family store. The back of the photo reads: “The first light picture ever taken”. And it’s definitely the oldest known existing photographic portrait of a human in the US. But is it a selfie or a self-portrait? 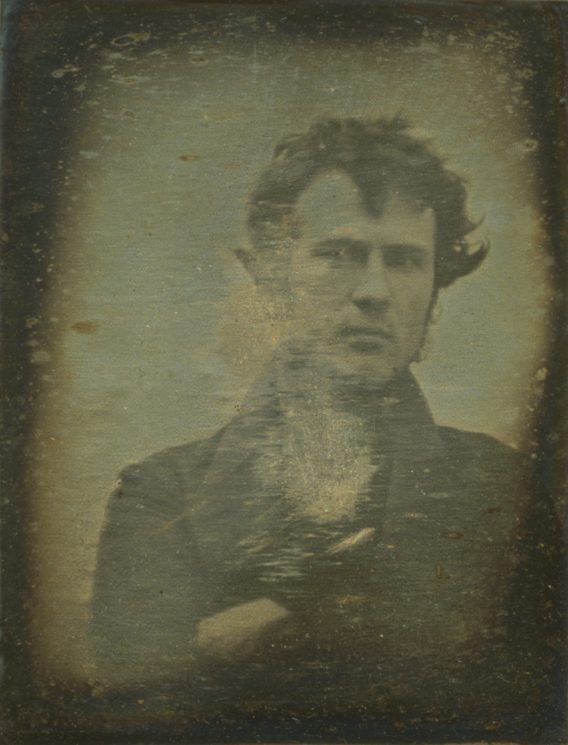 I think Byron’s photo looks much more like what we call “a selfie” today. I immediately imagined a 2017 person holding the camera and taking a photo of himself for Instagram. And it’s really fun when something so characteristic of the 21st century is seen in a photo from the early 1900s.

[via US Weekly, photo credits: Joseph Byron/Byron Company/Museum of the City of New York; Robert Cornelius]

« Tamron releases new ultra-wide and tele-zoom lenses
Is Instagram repeating its own mistakes and moving towards its end? »