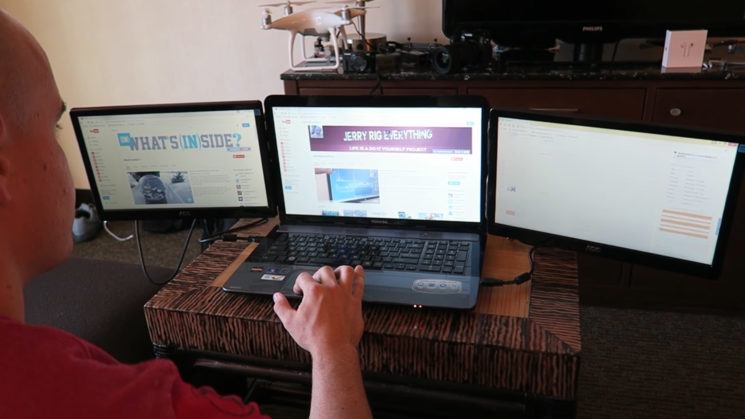 This might be one of the most nutty DIY projects I’ve seen. But that could be because it’s based on one of the craziest concepts I’ve seen. At CES, Razer unviled Project Valerie, a laptop that contained 3 monitors. Unfortunately, Razer say that at the moment, it’s basically a concept, and there’s just a couple of working prototypes. They’ve no idea where those working prototypes are right now, though, as they were apparently stolen.

Well, Zack Nelson from YouTube’s Jerry Rig Everything has the answer. He’s built his own triple monitor laptop, and in this video he shows you how you can, too. The idea is actually fairly simple. Take a laptop, a couple of USB monitors, a few hinges, some epoxy and you’re good to go!

The first step is to mock everything up and see how it’s all going to fit together. Zack does this just taping the hinges in place to see how everything looks. 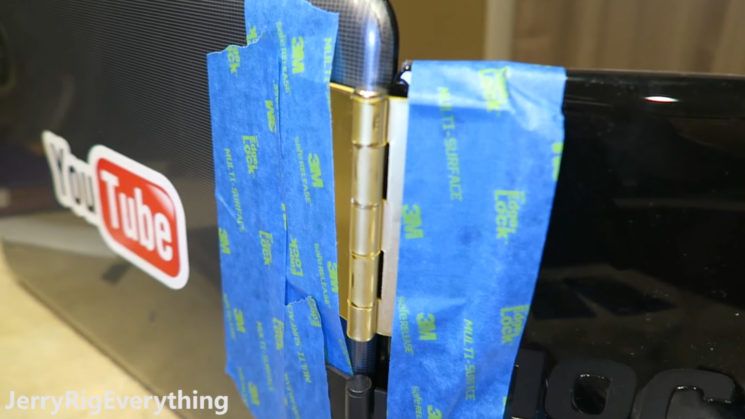 Then score around the edges of the hinges to mark their position. This not only lets you see how much epoxy you have to put down, but also shows you exactly where the hinges need to be placed. 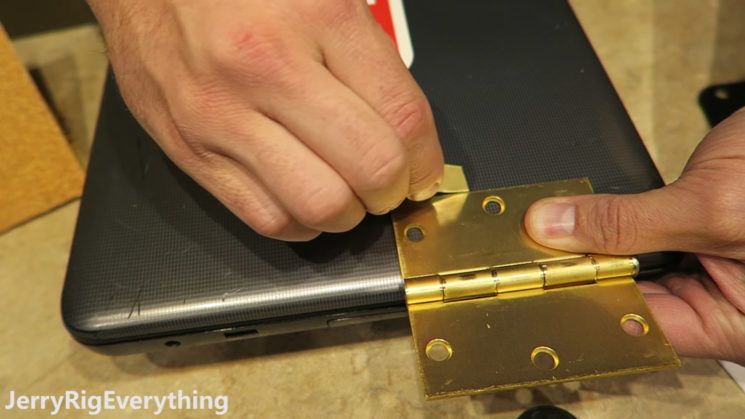 The next step is to mix up the 2 part epoxy. Depending on the epoxy you use, this often sets very quickly, so you don’t have a lot of working time. You’ll want to mix it up, spread it, and get those hinges on as quickly as possible. You can use tape again to help hold these in place while the resin cures. 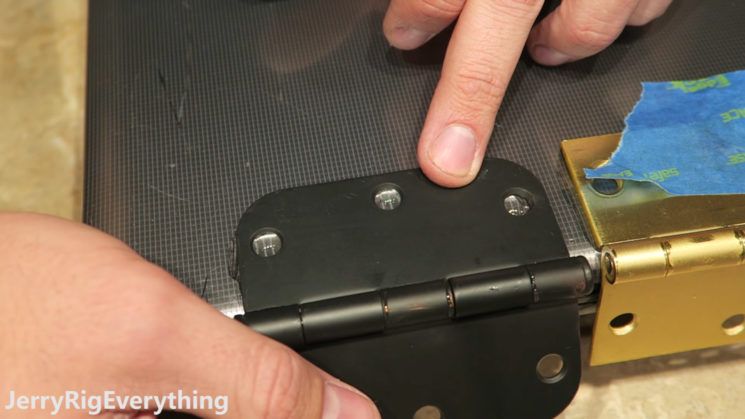 The resin Zack uses takes about 24hrs to fully cure, but after a couple of hours, it feels fairly solid, so he prepares to mount the first USB monitor. He puts more tape down on the already fastened hinges to prevent epoxy from sticking them together. Then covers the visible part of the hinges in more epoxy to attach it to the USB monitor. After only an hour, the resin has set strong enough to test out. 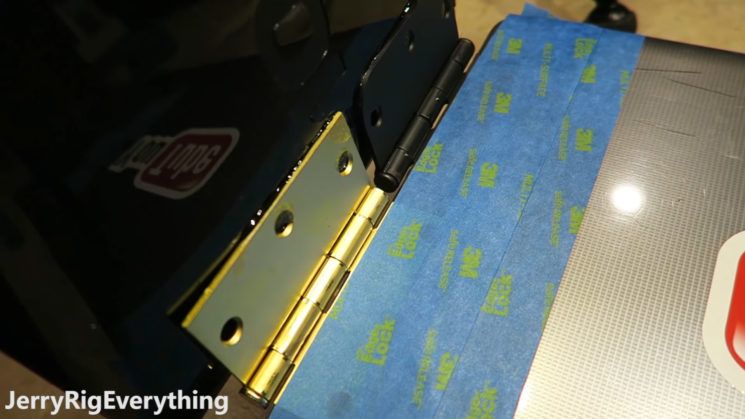 The second USB monitor isn’t attached in quite the same way. The hinges are still epoxied to the main laptop screen as they were before. But when it comes to connecting the other side to the monitor, they’re attacked to the side of the display, and not the back. This allows it to fold up easily on top of the other screen. 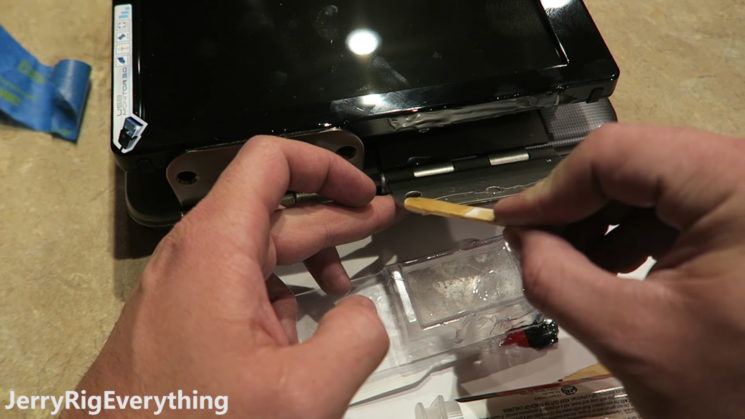 Once the epoxy sets you just need to plug in the USB cables, and you’re ready to go. You can either keep the monitors folded and disconnected when you’re working in limited space. Or, you can flip them out and get a triple screen laptop even if those sitting next to you don’t fully appreciate your genius. 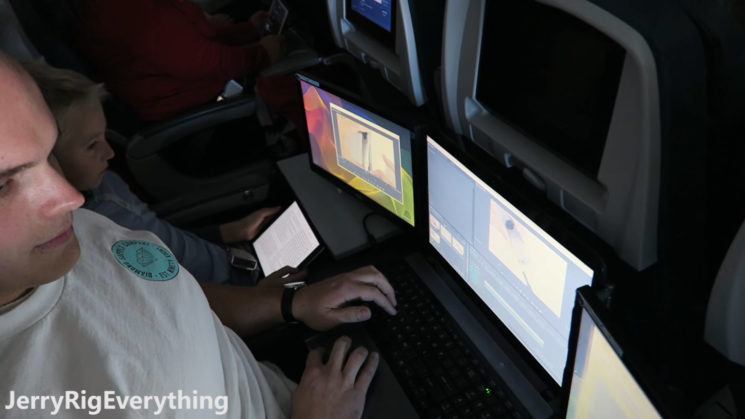 Ok, so this is going to be wildly impractical for most of us. The thing’s got to weigh a ton, and it’s probably going to be far too large to fit into most laptop bags. But, sometimes you just can’t beat working on multiple displays, especially for photography and video work.

I switched to multiple monitors on the desktop since support for it was added in Windows 98. It’s one of the reasons I’ve never been a big fan of laptops. That lack of screen space just feels claustrophobic. Working with multiple displays regularly just kind of ruins the whole single-monitor experience for me.

As a concept, I think it’s something that hardware manufacturers should pursue. I’m sure they can come up with far more elegant (and lightweight) solutions for having multiple screen displays away from home than we can.

Do you use USB monitors for some extra screen space when you’re out and about with your laptop? Have you considered physically attaching them like Zack?

Can’t wait for Blackmagic’s new Speed Editor? How about building your own DIY version from scratch?

The Best DIY Project Of Them All – Your Project

« Lino Manfrotto, the founder of Manfrotto, passes away at 80
Tamron releases new ultra-wide and tele-zoom lenses »