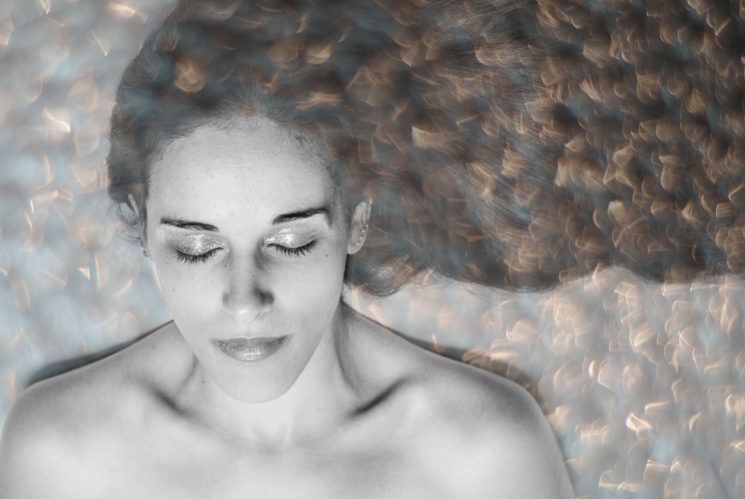 I am a great fan of self-portraits. I am not the best photographer, but I’m my own best model, that’s for sure. At the same time, I don’t really like selfies and I rarely take them. When I tell this to people, they often ask me “What’s the difference?” I wasn’t sure how to explain at first. But I gave it a thought, and I came up with several essential differences between a self-portrait and a selfie.

First of all, let’s see what the dictionary says. A self-portrait is “a portrait that an artist produces of themselves.” On the other hand, a selfie is “a photograph that one has taken of oneself, typically one taken with a smartphone or webcam and shared via social media.”

I prefer to think of myself as an artist. But, I post my self-portraits on social networks, although I don’t think of them as selfies.  Also, it’s possible to take selfies with a DSLR, or take fantastic, artistic self-portraits with a mobile phone. So, what are the differences then?

The first thing that comes to my mind is the idea behind the photos and what they are supposed to convey. With selfies, I’m not sure there’s too much depth. We take them to eternalize some important or fun moments of our lives, to prove that we were in a certain place at a certain time, to get those “oh you’re so pretty” comments and the like. When I look at someone’s selfie, I usually think how pretty they are, and that’s about it. 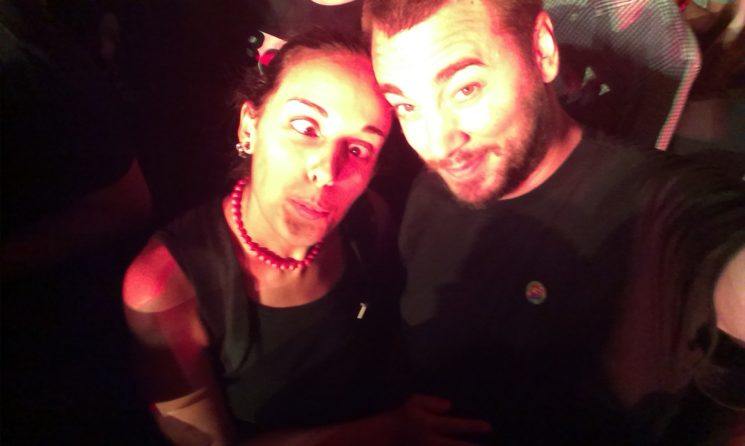 A selfie to remember Manu Chao’s concert. I’m not sure it would bring us a lot of “you’re so pretty” comments

It’s different with self-portraits. They usually carry a certain idea and meaning. They carry a message and there is something that inspired the artist to make them. In my opinion, they come as a product of thinking or feeling something deeply, rather than just wanting to capture a moment or fish for admiration. And not only they carry an emotion, but they can also arouse it in the viewer. If they don’t carry an emotion, a message, a story, if they’re not inspired by something… I believe even some self-portraits are actually just selfies. And I make those sometimes, too: 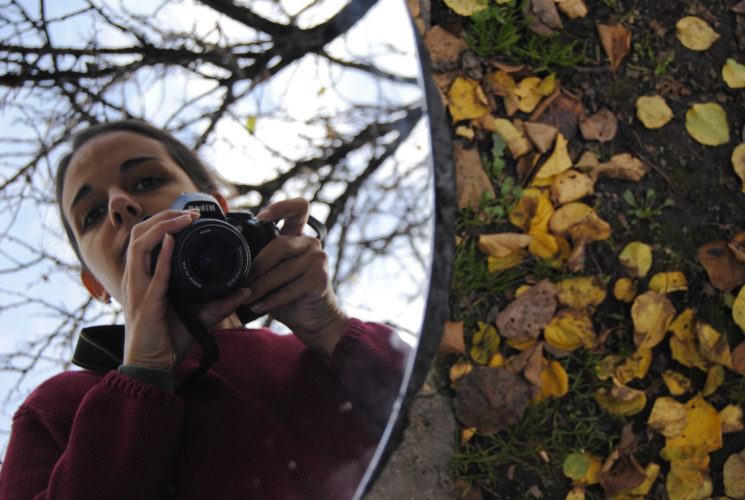 A selfie in the pause of making some self-portraits

The moment in which you take a selfie or a self-portrait differs, as well as the memory it leaves for you later.

In my opinion, selfies are connected to a specific time and place. When you look at those photos later, you remember the situation, the place you visited, what was going on at that particular time. Also, you may remember how the situation you captured made you feel. And that’s great. 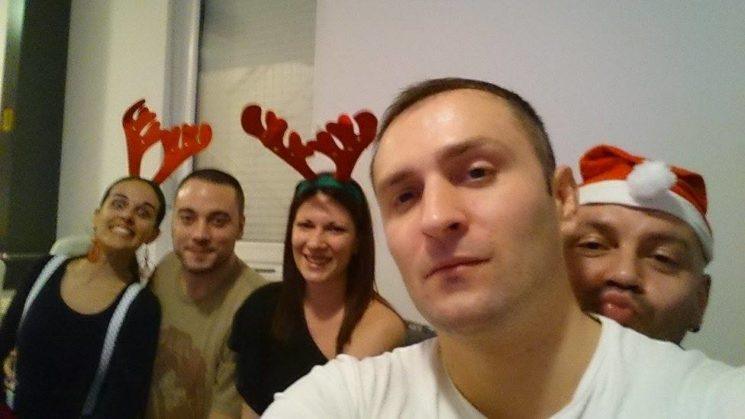 Self-portraits are connected more with the feelings or attitude you had at the time of making them or before it. When I look back at my older self-portraits, I don’t remember what was going on at that very moment. I often don’t even know when I made them before I check the EXIF. But, I remember the feelings that made me take these photos. I remember the entire period of my life and the situation I was going through. For me, they recall the emotion, not the event. Also, they are often inspired by music that moves me deeply at some period of life. Music arouses emotions, and emotions cause creativity to burst. 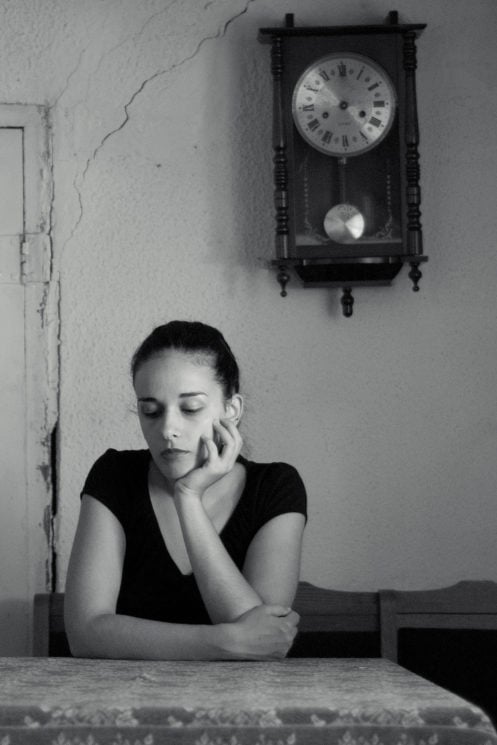 Inspired by Yann Tiersen’s song “Monochrome“. I felt very related with it at the time.

Selfies usually come spontaneously, when you are doing something you want to capture and save. At these moments, taking a selfie doesn’t require too much preparation or any particular plan. You grab a phone or a camera, point it towards you (and your friends), and take a snapshot. If you take a while to prepare for a selfie, I believe you take it for those “you’re so pretty” comments. But that’s another topic. 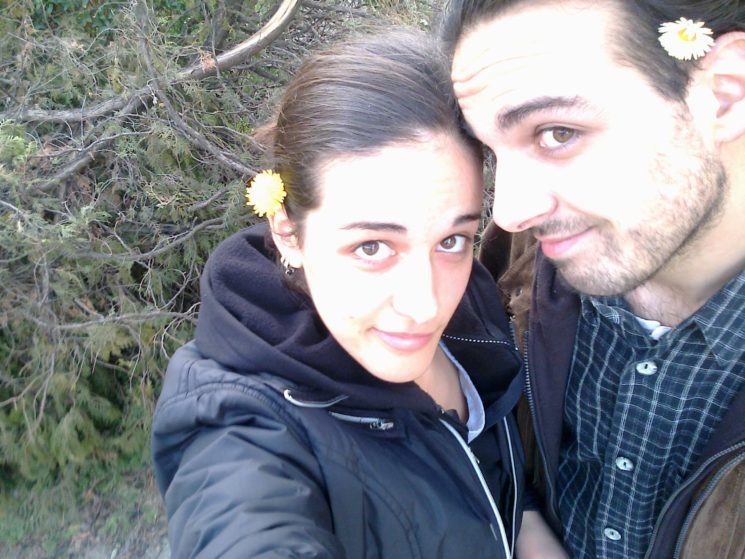 It took use some time to prepare for a selfie here – we took 3 seconds to pick the flowers.

Self-portraits, on the other hand, usually require some preparation and planning ahead. In my case, there’s usually a thought that’s been bugging me for a while, a certain emotion I can’t get rid of, or a tough time I’m going through. I noticed that I rarely take self-portraits when everything’s okay in my life. So, when there’s a song, an emotion or a life period that makes me want to depict how I feel, it takes some time for me to figure out the best way to do it. I sometimes use a notebook and sketch the ideas. I wait for the best light I can get, or set it up myself. Sometimes the idea’s there, but I’m not sure how to execute it, so I just start from some basic idea and build up. And I try my best to get exactly what I imagined, at least message-wise. 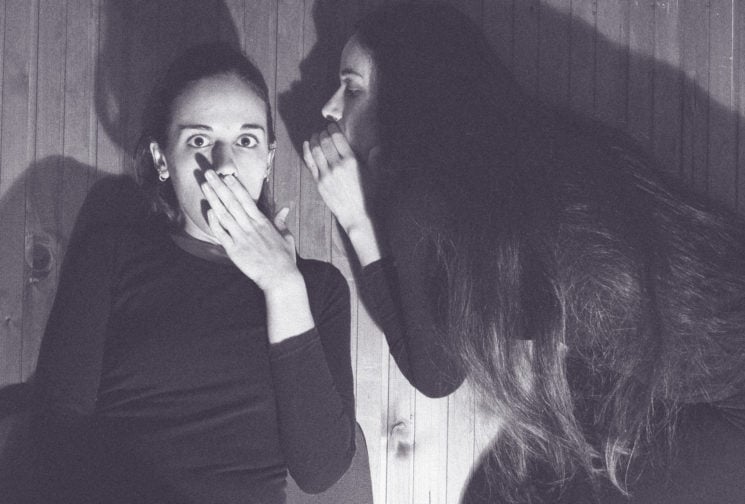 “Sometimes I get shocked by my own ideas”

After thinking about self-portraits and selfies and comparing the two concepts, these are the differences I came up with. Sure, there are exceptions and variations, and the line is sometimes very thin between the two. Also, I believe there are more differences that didn’t even cross my mind. So I’m interested in hearing your thoughts on the topic. Do you agree with these points? Would you add anything else? Share your thoughts in the comments.

These are six main differences between editorial and commercial photography