Many big cities around the world get a movie highlighting the city with stunning shots and eye capturing hyperlapse sequences. Now, Jerusalem got one of those movies, Voices of Jerusalem, made by team Kaveret.

This by no means was a small project. It is not easy to convey the many faces of the city with its many cultures, religions and conflicts. This is why it’s not surprising to hear the effort that went into making this movie.

Adam Rubin, Kaveret’s founder tells DIYP that they shot over 540 hours of footage all around the city, which includes both videos and still, coming to an astounding 1.8TB. With that amount of footage it took about 30 days to edit. 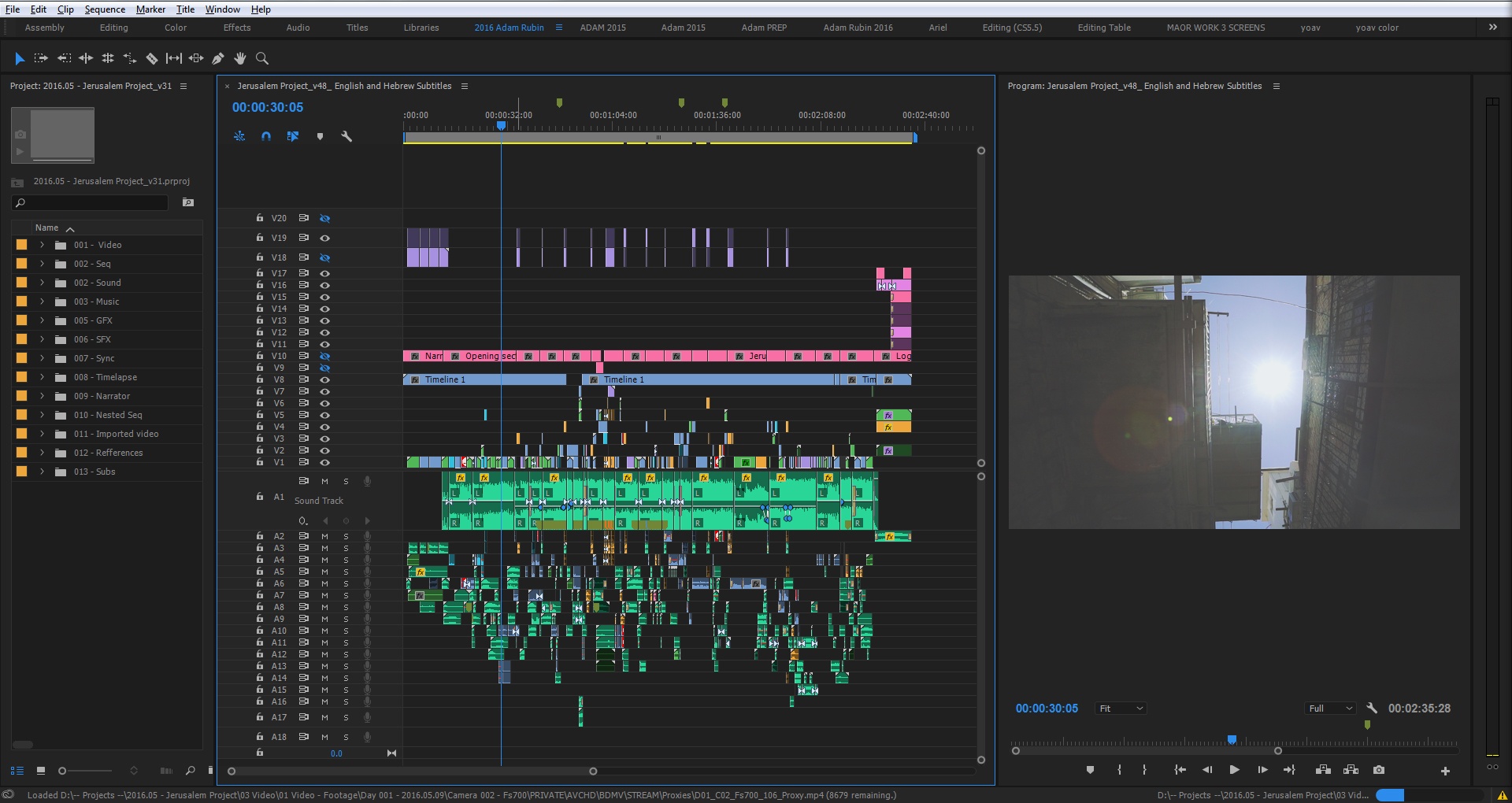 Adam tells DIYP that the biggest challenge with the project was not getting access (they were working with the city hall). The biggest challenge was organizing the logistics behind the shoot.  (and we will have a story about this coming up). The team only had 15 days of shooting to cover the entire city, with over 40 locations planned. Some were short shoots, but most needed a crew of more than one person, gear and the right angles of view.

The team had to go through a massive research about the city itself. What are the highlights that would distill the city feel. At the end of the research the team had a huge spreadsheet, with locations, vantage points, parking spots and everything needed for each shot.

« This calendar will give you a photographic assignment for each day of 2017
What are the differences between selfies and self-portraits? »