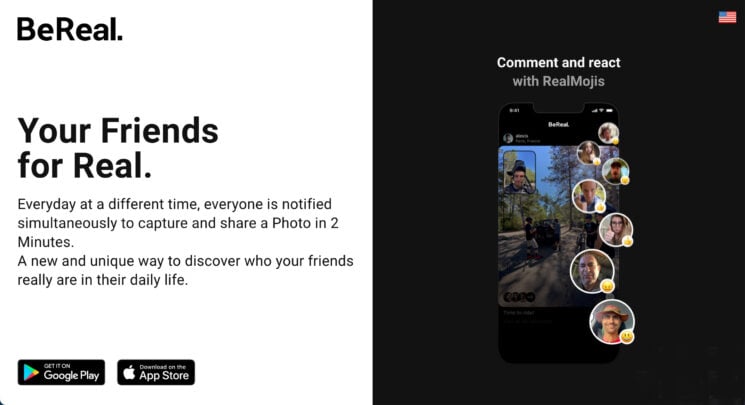 BeReal is currently working on an updated feature that will let you see posts by friends of friends. The new feature was noticed by developer Alessandro Paluzzi and he shared the information on Twitter.

#BeReal is working on "Discover your friends of friends" 👀

ℹ️ Your BeReal will be visible to your friends of friends and the sharing settings can be changed at any time. pic.twitter.com/4Homm5OeQ1

This will be the first major development that the BeReal app has had since its launch two years ago. It was noticed on a jobs bulletin recently that stated that BeReal currently has 10 million users. The company apparently plans to upscale to over 100 million users in the near future.

However, BeReal has been keeping its cards close to its chest recently, regarding future plans and new features. This is understandable considering that both Instagram and Snapchat have both recently introduced features that take photos with both the front and back cameras at the same time. Instagram has also allegedly been trialling its own BeReal rival feature Instagram Candid Challenges.

It appears that the feature wars between rival social media apps are not over yet!