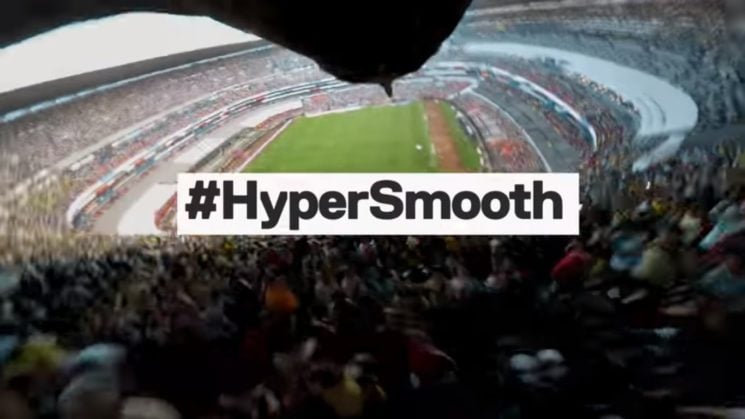 Ever since the GoPro Hero7 leaked online, the emphasis was on the new and improved stabilization. Then, the company promised “hypersmooth” and “gimbal-like stabilization” when the camera was announced. To show off the capabilities of the new Hero 7, GoPro strapped the camera to an eagle and let it fly over a soccer field. And apparently, they weren’t joking when they said that “shaky video is dead.”

In the minute-long video, you can see for yourself how the improved stabilization in the Hero 7 works. You can even make a comparison with the GoPro Hero4 Silver: last year we featured a video of an eagle that stole this action camera and flew with it for a while. And the stabilization is evidently better in the latest GoPro Hero model.

I find it amusing to watch birds flying with cameras. And of course, it’s amusing to read YouTube comments as well. This one made me chuckle: “What application need[s] to be installed on the smartphone to control this drone? Angry birds?”

A while ago, eagles were used by Dutch police to knock the drones out from the sky. Luckily, this program was shut down after a while. Apparently, now these birds are used instead of drones. And in this video, the eagle demonstrates the GoPro Hero7’s stabilization in action – and it really seems to be improved over the older models.