We’ve covered 3D printed lenses before, like this one from Mathieu Stern. But up until now, 3D printed lenses have mostly still used a glass element on the front. Printing clear plastic with a 3D printer at home just isn’t that easy. Some believed it impossible.

But it appears as though the problem might’ve been solved if Tomer Gluck’s tutorial at FennecLabs is anything to go by. He’s managed to create transparent 3D printed items at home using transparent ABS on a stock Original Prusa i3 3D printer.

Completely transparent objects has been the goal of just about anybody who’s tried printing transparent filament on a 3D printer. I’ve actually got a roll of clear PLA here at home, and while I haven’t tried to print clear objects yet, I’ve printed with it enough to understand the problem of printing with transparent items.

That issue is essentially air trapped inside the print as it’s being made. This causes diffusion, makes prints look more “frosted” than clear. You can see the issue illustrated perfectly in these prints I made recently. These are actually replacement parts for the printer itself, as I’m doing a few upgrades. 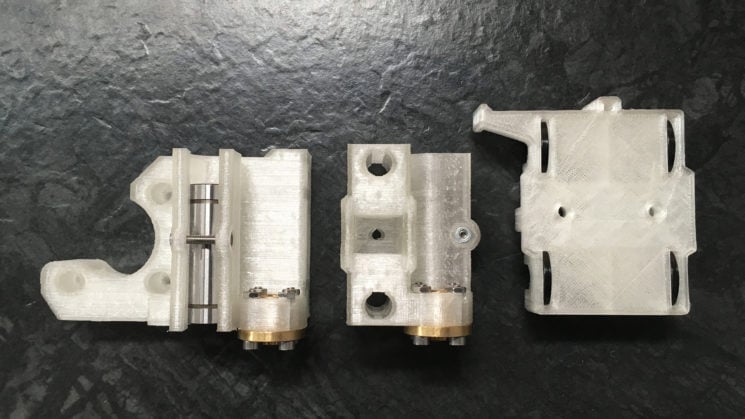 Replacement parts for my 3D printer made with “transparent” PLA. The air bubbles trapped between the plastic makes it more translucent than transparent.

These items were printed with transparent PLA, but the same problem occurs when you’re using ABS, PETG or just about any other type of filament, too. You can see in the two examples below that there is at least some transparency, as you can see the bearing through the side waall, which is a good 2.2mm thick. 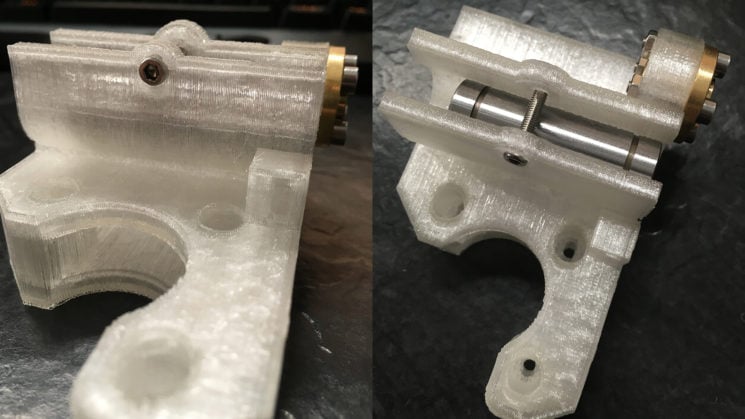 You can see through it slightly, but not with any kind of real detail.

But it’s not clear, though, is it? So how did Tomer overcome the problem? Well, knowing that trapped air bubbles between the layers and tracks of the print in each layer were the cause, he set about trying to figure out how to eliminate them. In his research, he came across this video, which he says was a good starting point, but he wanted much clearer results.

Given how 3D printers work, the only logical way to eliminate the air trapped between the transparent plastic was to force more plastic to come through the nozzle and fill in those empty spaces so that they don’t happen in the first place. So, that’s exactly what he did.

He set the printer for an extremely low layer height of 0.05mm, with 100% infill (this is the inside of the model, that’s usually mostly air to minimise the amount of plastic used to create the object), with 108% flow (so it was pushing out 8% more filament than usual) and a 6% overlap. This should, in theory, push out enough filament to eliminate the bubbles.

But he also had to print the filament at a higher temperature than usual to make it as fluid as possible without burning it. So, he bumped his hot end (the bit the filament comes out of to make the print) all the way up to 255°C with a bed temperature (the surface on which you make your print) of 100°C. He also turned off the part-cooling fan. Normally, this fan cools the filament as it’s being laid down in order to create a more stable and dimensionally accurate part.

This “over extrusion” (the term for when your printer’s pushing out more plastic than it’s supposed to) doesn’t come without some negative side effects. Excess filament builds up on top of your part, which the nozzle then melts and pushes through as it’s printing the next layer. You can see an example of this from Tomer here.

As mentioned, Tomer printed his lenses out of transparent ABS. He tried using the acetone vapour smoothing technique, although all that did was send his transparent material cloudy. So, he resorted to sanding and then polishing his parts, which brought them to a very nice finish.

Although he hasn’t used any of his lenses for cameras yet, he did do a few tricks with focusing parallel lasers and even had a go at printing some “bubblegrams“, which didn’t turn out too badly at all.

If you’ve ever wanted to have a go at 3D printing a lens, then it’s worth a read of Tomer’s tutorial. I doubt we’ll ever get a print that’s as clear as true optical glass. And then there are things like the index of refraction to think about, so your results will vary wildly (probably even from print-to-print). But maybe it’s worth having a go and experimenting. 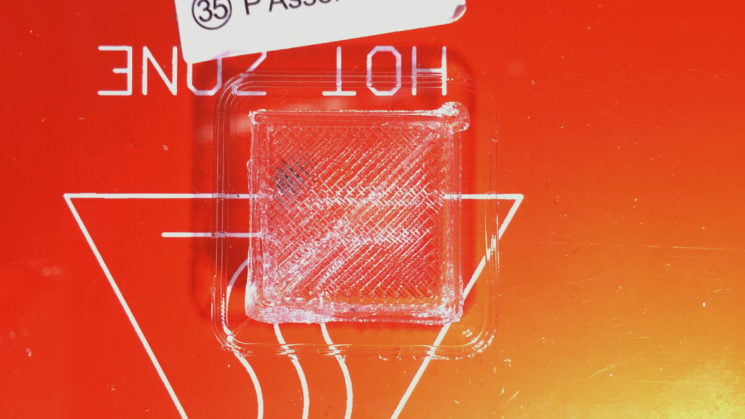 Transparent PLA clearly isn’t working. Clearly. Get it? I’ll get my coat.

I’ve just implemented some of Tomer’s principles to my Cura PLA profile and I’m giving it a try with some transparent PLA as I type. I don’t hold out much hope, though. As you can see in the photo above, it’s actually fairly clear around the perimeter. The print on the heated bed beneath the glass is clearly visible. But the inside area isn’t so great – even with 20% over-extrusion.

I might have to invest in some transparent ABS or PETG to play with this idea some more.

Update: A quick update on my brief transparent PLA tests. It looks like it might work with a little more tweaking. The tests I did last night show some promise. These blocks are 4.5mm thick (left) and 2.5mm thick (right). It looks like most of the diffusion and clouding is on the top & bottom surfaces with pretty clear internals. 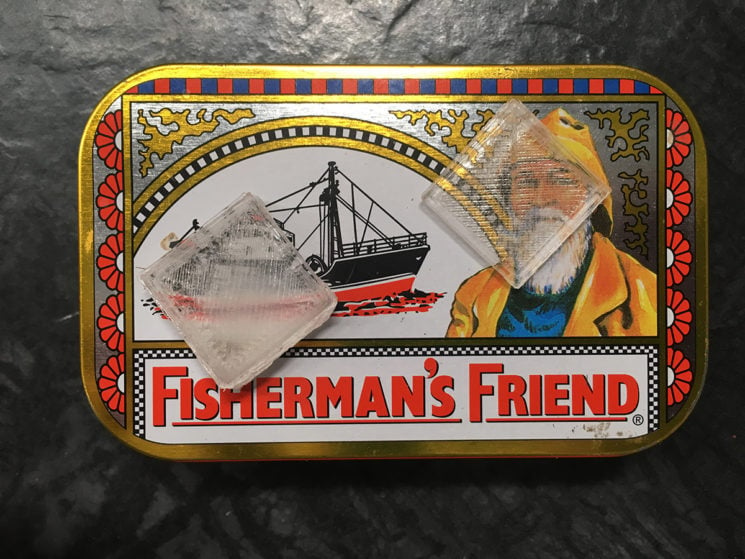 When I submerge them in water to fill in the gaps in the outside surfaces, you can see through them both much more easily, so with some polishing they might turn out ok.

This definitely needs some more experimentation, but even PLA offers some hope.