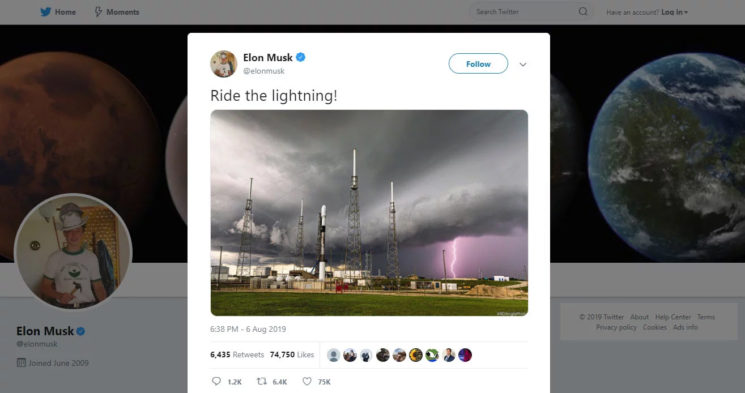 It looks like Elon Musk, owner of Tesla and Space X, has been causing a bit of a fuss on Twitter lately. After posting an image to his feed of 27 million followers by photographer Richard Angle, without any kind of credit or permission, he’s been getting called out by those leaping to Angle’s defence. Then those people have been summarily blocked.

The now-deleted Tweet, which was posted to Musk’s Twitter feed had received over 1,200 comments, 6,600 retweets and 77,000 likes. It contained the caption “Ride the lightning!” along with the photo of a lightning strike behind a Space X launchpad.

Angle has photographed many launches during his career, but when he spotted the image posted to Musk’s feed without any kind of tag credit or permission, he posted this slightly sarcastic tweet calling him out.

Well this is cool, my watermark is there! https://t.co/skebHdUlOl

After this, many other photographers got behind Angle, asking Musk to respect copyright and not to publish images without permission or credit. Especially when he could’ve simply shared Angle’s original post of the image legitimately.

An incredible shelf cloud moved over the Cape early this afternoon. We were unable to set remote cameras for the #SpaceX #Falcon9 #Amos17 launch, but we were able to capture this awesome scene! #flwx #lightning pic.twitter.com/cWJ5aV5MwV

In response to being called out, though, instead of apologising or even engaging in conversation with people, Musk chose to simply block those who were calling him out. 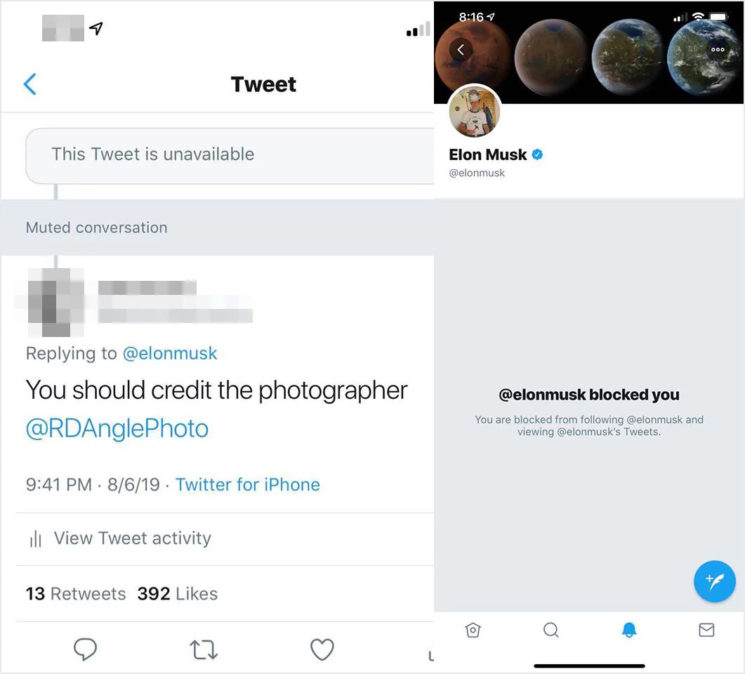 It looks like Elon got bored of blocking people in the end, though, ultimately taking the Tweet down. He then blocked one final person. Richard Angle.