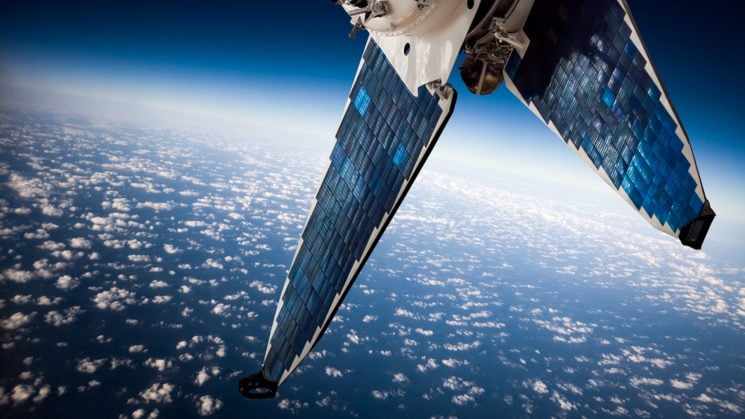 SpaceX’s Starlink satellites have been controversial since before the first round of them were launched. Having recently launched more, which is going to keep happening for a while, the debates have sparked up again. There are currently 422 of the anticipated 12,000 (with 30,000 more applied for) Starlink satellites floating around our planet, and they’re already upsetting people.

The two main reasons (if we remove all the tinfoil hat conspiracies) are that they will ruin our view of the night sky, which really sucks for astrophotography, and that it will make certain scientific studies all but impossible due to their overpowering brightness relative to the dim lights littered throughout the universe. Elon Musk has now said, though, they’re working on making them dimmer.

Essentially, the light we see from the satellites is sunlight reflecting off its huge solar panels. Even though it might be night time for us down here on earth, for the satellites orbiting the earth it’s not unless the earth is directly in a path between it and the sun – which isn’t going to be happening for most of them. It’s why we can see much of the moon on most nights, too.

Around the time of the latest launch, Musk made a tweet announcing some of the ways SpaceX plans to tackle the brightness of the Starlink satellites in the night sky.

Thanks! We are taking some key steps to reduce satellite brightness btw. Should be much less noticeable during orbit raise by changing solar panel angle & all sats get sunshades starting with launch 9.

Musk says that they’ll be changing the solar panel angle to help counter the reflection during certain times of the day, and that they’ll be getting sunshades starting with the ninth launch – the most recent launch on April 22nd was the seventh.

By all accounts, the light reflected off the satellites isn’t as bright as was initially expected, although it’s still quite shockingly bright compared to the other lights in our night sky. Lights that astrophotographers want to capture and scientists want to study.

Starlink’s goal is to provide superfast broadband across the entire planet, with services planned to begin this summer. So far, 420 of the satellites have been launched of a minimum of 12,000 in total. But that figure may eventually exceed 30,000 if the current plans are approved. For reference, humankind has sent around just 9,400 objects into space in all of history so far.