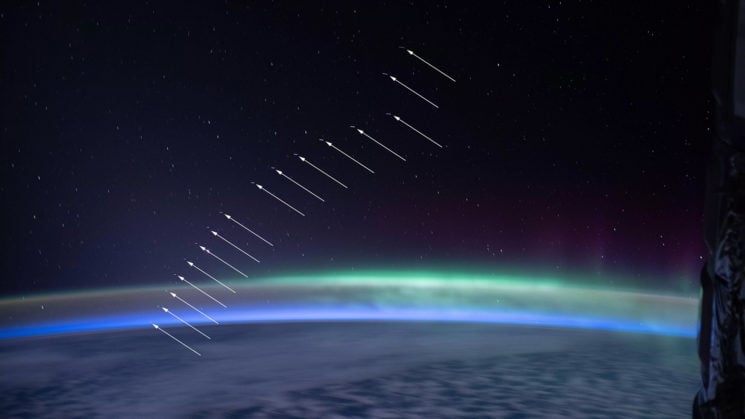 Astronauts aboard the International Space Station have captured a photograph of the aurora australis shot from somewhere over the Indian Ocean, along with a train of 16 of SpaceX’s Starlink satellites – a handful of the almost-12,000 they expect to launch over the next few years.

The SpaceX Starlink network of satellites has been a somewhat controversial concept. Its goal is to create a global broadband internet system that allows everybody to have easy access to fast data. From a technological standpoint, it’s pretty amazing. But even if we ignore the tinfoil hat conspiracies, not everybody is pleased with the idea. 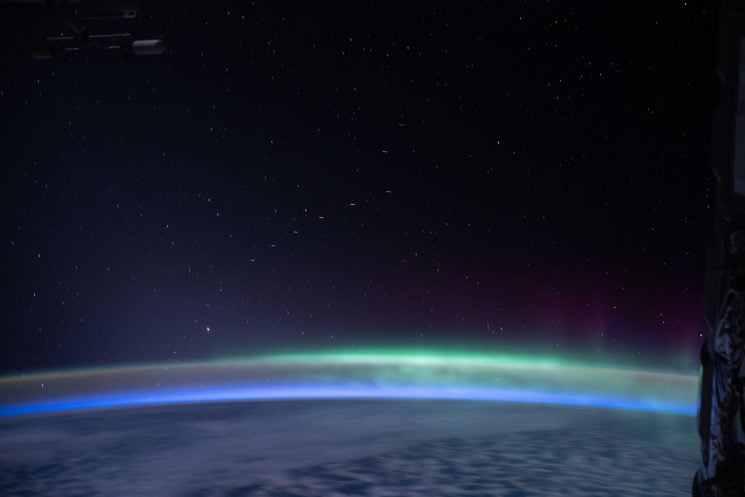 Sixty new satellites will launch today, pushing the total number of satellites currently in the Starlink network to over four hundred. Still somewhat short of their final goal.

The main opponents of the programme are astronomers and astrophotographers, who believe it will ruin the night sky. Many astronomers even believe that the network could pose physical dangers as it makes it more difficult for them to detect potential near-earth asteroids on approach towards our planet.

And as for the astrophotographers, well, with the brightness of these satellites, their night sky images may never look the same again. Just a few hours ago, a photographer friend on Facebook gave up on photographing the Lyrid meteor shower last night (its peak), despite crystal clear skies, due to the fact that satellites were ruining the view.

The satellites themselves are rather bright, due to the huge mirror-like solar panels on each one, causing them to overpower dimmer objects in the night sky. And right now, there are only a few hundred. With Spacelink’s goal of 12,000 satellites, things are going to get much more obscured. For those stacking photographs of the night sky, I can see a mass of Starlink satellites in different positions in every photo screwing up auto-alignment features in some software.