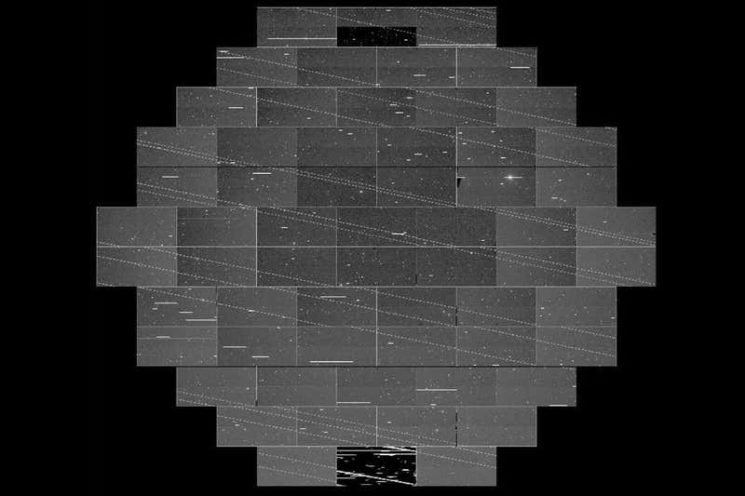 The first batch of SpaceX’s Starlink satellites was launched in May this year, making astronomers worried about how they would affect the night sky. Now that the second batch has been launched, the astronomers’ concerns are becoming a reality.

On Monday 18 November, two astronomers checked the image of their remotely operated telescope in Chile. But instead of a clear night sky, they saw a bunch of light trails from Starlink satellites. 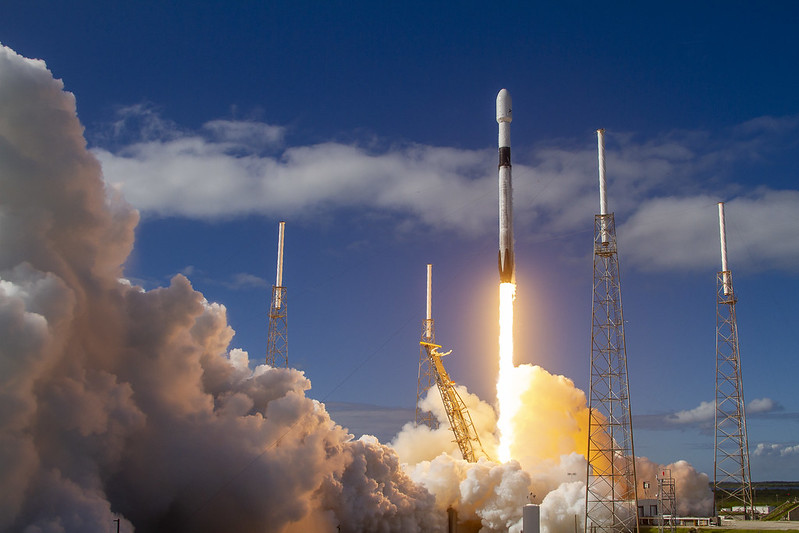 Cliff Johnson from Northwestern University in Chicago is one of the two astronomers. “Here we were, we had a second half of the night observing, and then we kind of just see all of these streaks, he told Forbes “We put two and two together and it was like oh yeah, it’s the train of all the Starlink satellites.”

His colleague, Clarae Martínez-Vázquez, posted about this on Twitter, expressing her shock and disbelief.

When astronomers first expressed their concerns back in May, many people noted that there already have been thousands of satellites orbiting the Earth. Forbes notes that there are 3,000 active satellites today. However, the 120 satellites SpaceX has launched so far are just a fraction of the final number. SpaceX plans to launch a total of 42,000 satellites, which will certainly make a dramatic change.

In the middle of the night, satellites are hidden by the earth’s shadow, so they don’t reflect the sunlight and thus aren’t picked up by telescopes. However, Cliff Johnson explains why they still pose a problem. He says that the image above was shot right before astronomical twilight. During this time, the sky is completely dark, but the satellites can still reflect the sunlight.

“By almost any observing standard this was still the heart of the night, exactly when you want to be taking data,” Johnson says. “And especially when you want to use every minute of observing time you get on these telescopes and these facilities.” So, while the problem is manageable by shifting the observation time, it’s not a perfect solution. It will make astronomers lose a significant chunk of observing time, and Johnson notes that “every minute is valuable.”

Cees Bassa from the Netherlands Institute for Radio Astronomy explains why these satellites pose a problem. “These things are big enough that when they’re sunlit, they’re bright enough to pick up with anything from binoculars and bigger.” According to Bassa, if all 42,000 Starlink satellites are launched, up to 140 of them could be visible at any time. And this will certainly pose a problem for astronomers.

« iPhone 11 pro: my return to Apple
If you want to be a family’s social media photographer and do their chores, here’s a job for you »