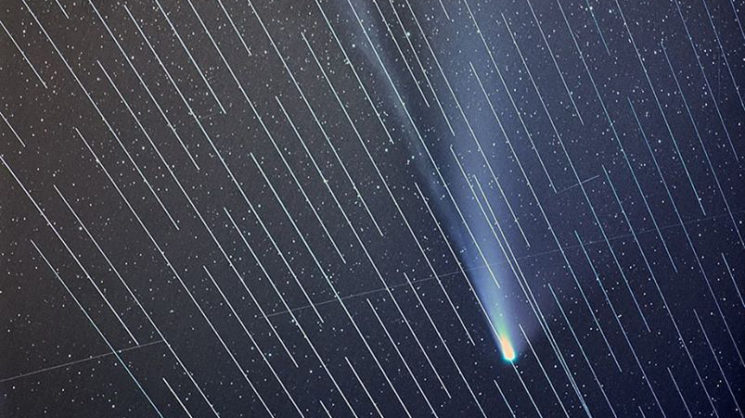 In an attempt to enable high-speed internet all over the world, SpaceX has launched 540 Starlink satellites into orbit so far. The planned number is 12,000, but they’re already ruining the party for astronomers and astrophotographers alike. Daniel López recently tried taking a photo of the comet Neowise, but Starlink satellites ruined it completely.

Daniel shared the photo on his Facebook page which shows the comet Neowise and Starlink satellites interfering with his view over it. He was photographing the comet with the Canon Ra and a 200 mm lens and stacked photos to get more detail. “It’s a shame to see all those light points pass, in total almost 20 images of the comet show traces,” Daniel explains. 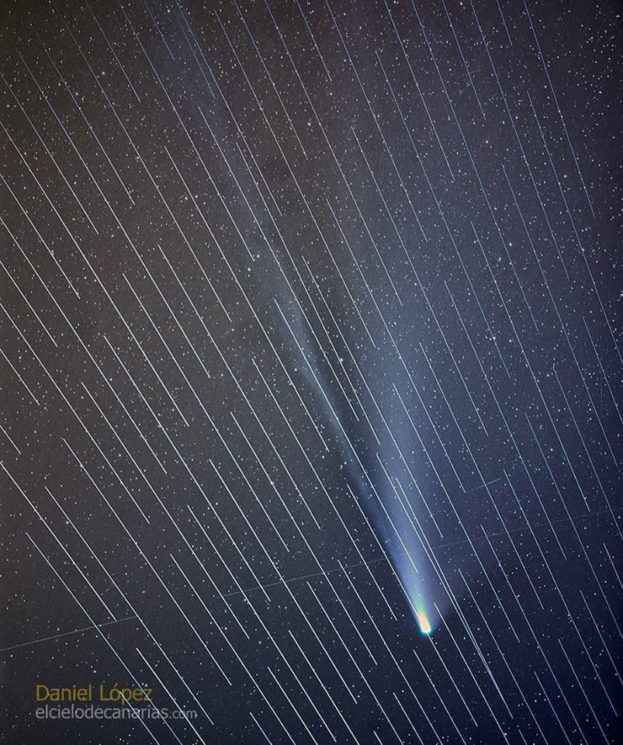 The photo he shared is 17 photos of 30 s exposure stacked together, which is why we see so many traces. There would be fewer traces if the photo was taken as a single exposure, but this doesn’t solve a problem. First, some of the traces would still be visible. And second, this makes photo stacking impossible if you want to have a clear view of the sky.

Speaking with Earther, Daniel said that “astronomers, astrophysicists, and astrophotographers are concerned about the great deployment of small satellites orbiting the earth.”

“Now they want to launch some 40,000 [satellites] later, other companies will want to launch their own into orbit, and the sky will not be what it has been for millions of years. Thousands of dots will appear and disappear in the night sky.”

After the concerns and complaints, Elon Musk announced that SpaceX plans to dim future satellites so that the impact on the night skies is reduced. Still, the satellites that have been launched so far remain bright and keep ruining the view for everyone shooting and researching the sky above us.