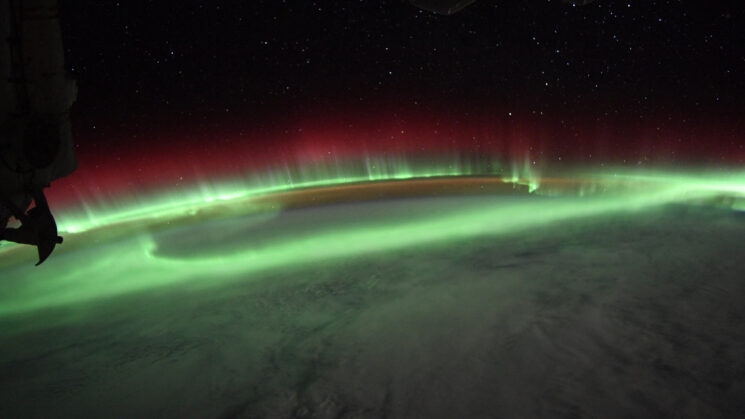 Thanks to recent intense solar storms, aurora borealis have been traveling further than it normally does. It’s been seen as far as New York and even some parts of the UK. It looks spectacular from the Earth, but what does it look like from space? ISS astronaut Bob Hines has the answer and yes – it’s as spectacular as you imagine.

Hines arrived at the ISS as a pilot for NASA’s SpaceX Crew-4 mission, which launched on 27 April 2022. Following the footsteps of Thomas Pesquet, he takes remarkable photos of our planet from up there. Yesterday, he tweeted a series of four photos showing the Northern lights as we rarely see them. “Thankful for the recent solar activity resulting in these wonderful sights,” the astronaut wrote.

Replying to his retired colleague Mike Fossum, Hines revealed that the magnificent photos are actually a part of something even better – a timelapse. “I can’t wait for the ground to [compile] them,” he wrote. Why doesn’t he just do it onboard the ISS? Well, he revealed that the crew no longer has any software on the Space Station that can do it. Still, he decided to share a few “samples” as he believes that they are “a good teaser for the final product.” And they sure are!