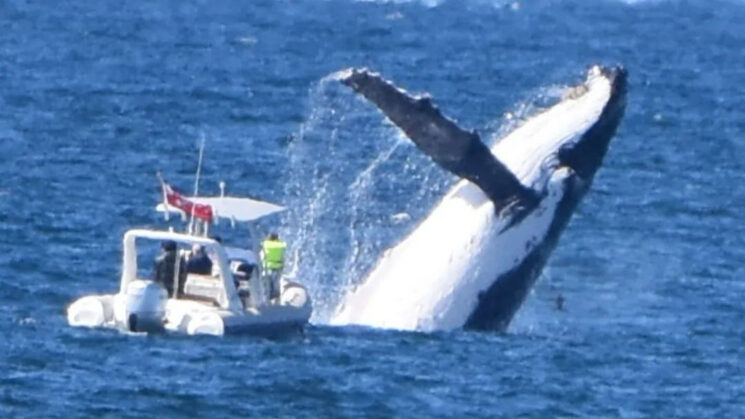 Good photos come to patient photographers who wait for the perfect moment. And sometimes, you’re just lucky to be in the right place at the right time. Amateur photographer Carly Adams was both.

While photographing a humpback whale a few days ago, the magnificent animal treated Carly with a move she hadn’t expected. It breached close to a nearby boat, and Carly managed to take the shot of the moment. She shared her photo with DIYP along with some information on how it was taken.

The Australian photographer was taking photos near Coffs Harbour this Sunday morning. “I was going down to see if I could get some shots of the whales,” she said. And she got way more than she’d hoped for. I was stoked when I got that,” Carly told ABC News. “I didn’t think I’d get that shot.”

To capture this jaw-dropping moment, Carly used a Nikon D3500 with a Tamron 100-400mm lens. She was tracking the whale for a while, and it breached several times on her watch. She says that she managed to take a few other shots, but this was definitely “the one.”

“It just came out of the blue and I thought the people [on the boat] would have had a massive shock,” Carly said. She notes, however, that the whale may appear closer than it seems in the photo. “It made it look like it was really close to the boat but it mightn’t have been as close,” she says. However, it still is pretty close, although not dangerously – which is awesome, when you think about it. Carly got a brilliant shot, and everyone was unharmed. It’s a win-win. 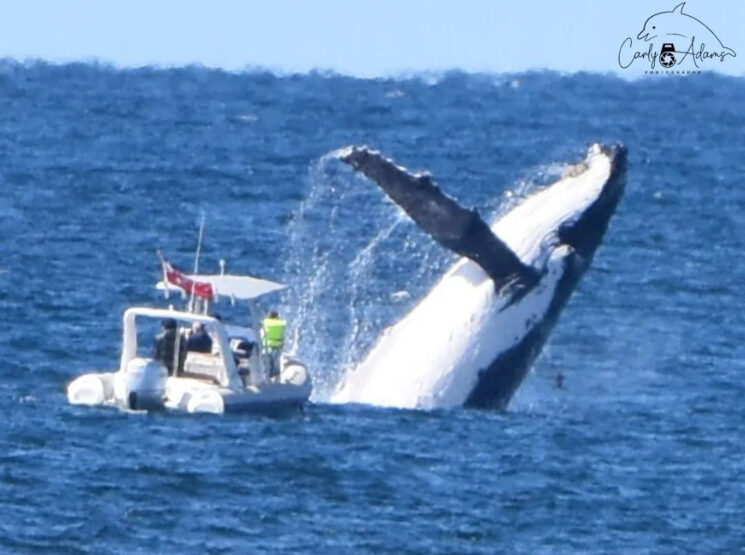 « This marvelous aurora was shot from the International Space Station
The “Edelclone” is a 4-axis DIY camera slider that used to be a 3D printer and you can make one, too »