We have already seen that the change of perspective and focal length can drastically change the story. And after the latest controversy over a “crowded” beach in California, we can see exactly how it works in the context of reporting.

After a photo of the beach was published, people started a heated debate over it, claiming that it was “fake.” And in a way, they were right. The photo wasn’t doctored, but it was taken with a telephoto lens, making the beach look overcrowded. Filmed from a helicopter, the situation turned out to be much different.

It all started when The Orange County Register published an article about people hitting the beaches after the closure was lifted. The accompanying photo makes it seem as if the beachgoers were breathing up each other’s necks.

It didn’t take long for the photo to go viral. Some people accused the OCR of using a stock photo, some believed that it was from the archives, and some claimed that it was doctored. To address these accusations, the OCR responded with an article titled OC beach photo: Real news sometimes stranger than #fakenews.

In the article, they explained that the photo was taken by Mindy Schauer, who has worked at the OCR for over 20 years. They write that she took the photo from the Newport Beach pier with a telephoto lens “because she wanted to get as much of the beach as she could to accurately depict the scene.” They even shared the photo along with the EXIF data, which shows two things. First, the photo wasn’t from the archives but it was indeed shot on 26 April this year. And second, it was taken with a telephoto lens at 380mm focal length. As all photographers know, it creates quite a lot of lens compression. 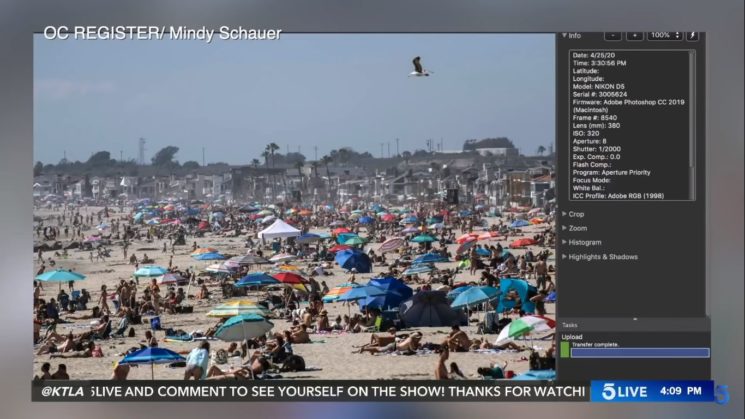 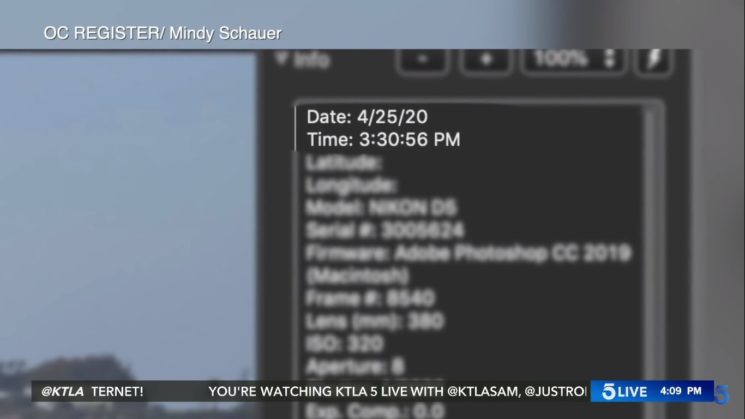 In the video above, you can watch as Los Angeles news station KTLA 5 discusses the controversial photo. It’s great that they filmed the same beach on the same day from a helicopter. In their video, you can see that the beach wasn’t nearly as crowded as it appeared in Schauer’s image. 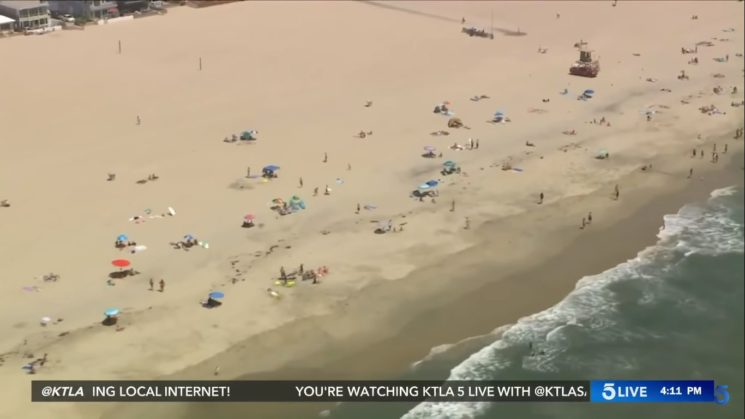 As we mentioned before, the perspective and focal length can change the entire context. If you’re a photojournalist, you absolutely need to take it into consideration. If you don’t, you might create confusion, and not to mention that you may be accused of spreading fake news. And if you’re a reader – don’t forget to always keep your critical thinking.

« Stunt people and Hollywood actors are making fight videos from home and they’re amazing
Sony A7 III vs Canon EOS R vs Nikon Z6 – How do they compare with the latest 2020 firmware? »