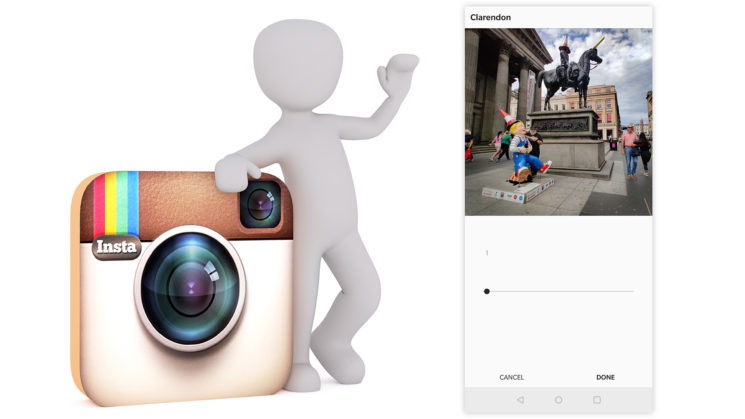 Many of those of us on Instagram are always trying to beat the dreaded algorithm. Introduced in 2016, it did away with the chronological feed and a lot of accounts seemed to suffer as a consequence – and I don’t mean the crazy huge spam “influencer” accounts, I mean regular accounts. Small businesses, like photographers, retouchers and other creatives.

A recent tip spotted on Twitter by Creative Bloq, though, suggests that there might be a simple way to get ahead. Whether it actually works or not, I don’t know, I haven’t tried it, but without any of us having any actual insight into what Instagram’s algorithm really favours, it’s worth a go.

a tip i saw by an IG influencer that might help artists improve engagement: apparently instagram favors posts that use IG filters, apply any filter at a low percentage so it doesn’t mess with your art’s colors and it should show up in more feeds + more likely to be in explore!

Yes, folks, that’s it. Just run your picture through one of Instagram’s own filters. Even if you just run it through at 1-2% visibility, so it has virtually no effect on your image, it means that Instagram will apparently give it something of a boost. Exactly how much? Who knows. Some people say a whole bunch, others say zero.

It kinda makes a little sense. Many social media platforms want you to utilise the features of that platform, rather than using 3rd party alternatives outside of that platform. Usually, though, it’s new features that get platforms liking what they see and sharing your content, not the same features it’s had since day one. Like when YouTube added 4K and when Facebook added live streaming.

Several people responded to the tweet staying that they’d seen a positive response, although the sample size is often quite small.

idk why or how this works but apparently it does ;o;
i uploaded 4 diff posts at once but only got to put a 2% filter on one post (bc i uploaded 3 from pc). only that specific post got 10 likes within /seconds/, while the other 3 only had one to none .__.

Although others aren’t so convinced…

I always use filters in some way (really minimal to maybe up the contrast or create a blur…) but no help :/ the more I post the worse engagement gets in art IG ?

If you want to give it a go yourself, it’s pretty easy to do. When you add your image in the IG client and you go onto the filter page, just select one. Tap the filter a second time and a slider comes up which you can drag down as low as 1%, then hit done and post as normal. 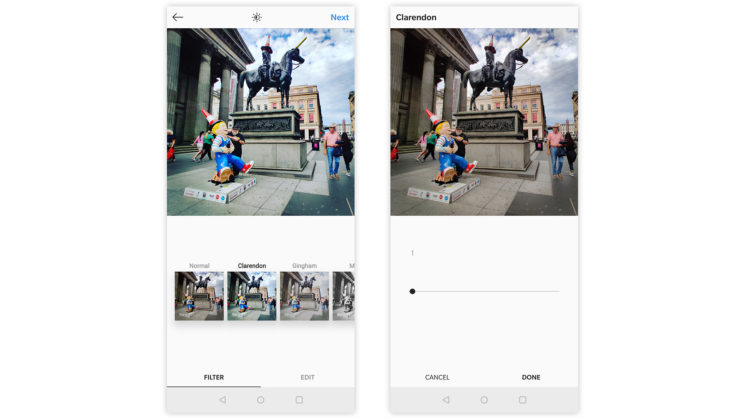 If you decide to give this a try, let us know if it helps, and whether it did or didn’t help, which filter did you try? Are some more effective than others?

Instagram finally reveals more about how its algorithm works