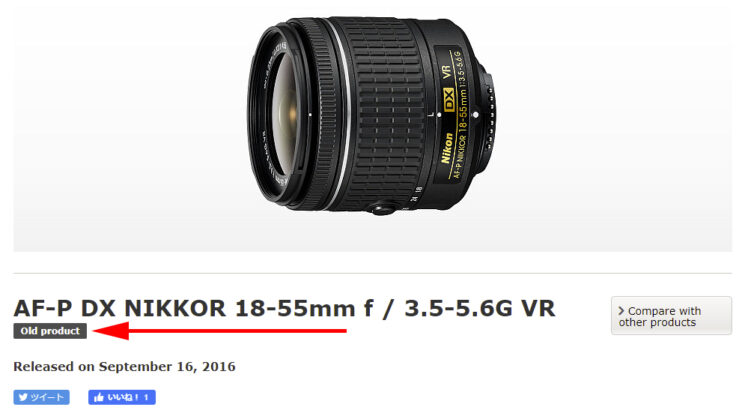 Well, this wasn’t much of a surprise, really. With the expected announcement of the Nikon Z30 and DX-format Z mount lenses already a thing, it was only a matter of time before Nikon started killing off their DSLR gear. Well, that and the fact the rumours of it happening started almost two years ago.

Now, though, that disappearance seems to be becoming official, with the AF-P DX Nikkor 18-55mm f/3.5-5.6G VR lens (the typical entry-level kit lens) listed as discontinued on the Nikon website and virtually all of their DX-format DSLRs being out of stock, at least in some camera combinations if not completely.

In July 2019, it was rumoured that the D3500, D5600 and D500 would not see replacement DSLR models. When the Nikon Z50 was released, that pretty much confirmed that the D5600 successor would be mirrorless. The new rumours of the Z30 make it look set to replace the D3500. But we’ve heard no hints of a D500 successor yet, either in DSLR or mirrorless form.

The D3500 and D5600 are unavailable in many bundle configurations and the Nikon D500 has been out of stock in many parts of the world for a long time. But, as mentioned, we knew (or at least, we were led to believe) that those were supposed to be coming to an end. One camera that was omitted from that list of models to not be replaced, though, was the Nikon D7500. That camera now, though, also seems to be unavailable in many bundle configurations suggesting that it’s coming to an end, too.

There have been no hints whatsoever as to what we can expect to replace the D7x00 series or the D500 body, either in DSLR or mirrorless form. So far, all we can reasonably expect is the Z30, following on from the D3x00 series DSLR line as Nikon’s new entry-level camera. But with Nikon closing factories and laying off staff, I don’t think we can expect them to really invest any more time or money into developing DSLRs.

It’s possible that Nikon might not pursue mirrorless replacements for either the D7x00 series or the D500 body, preferring instead to force its users to make the jump from the Z50 straight up to full-frame, although I think this would be a big mistake. The D500 (and the D300 & D300s before it), and even the D7500 to a lesser extent, are extremely popular cameras with sports and wildlife photographers and I expect a DX-format mirrorless body with similar capabilities would be just as popular.

As a side note, out of the remaining three models on the “will see a DSLR replacement“, we’ve only seen two so far. The Nikon D780 replaced the D750 and the Nikon D6 replaced the D5. We’ve not yet seen a Nikon D850 replacement in DSLR form, but at this point, I don’t really expect that we will.

Personally, I’m quite looking forward to that “death of DSLRs” we’ve been promised for so long. I plan to pick up a few more Nikon DSLRs for timelapse once they’re officially obsolete and the prices plummet.

Nikon is killing off some of their DSLR product lines, rumour claims

Zeiss unveils an 18mm f/2.8 Batis lens, the third in its E-mount lineup