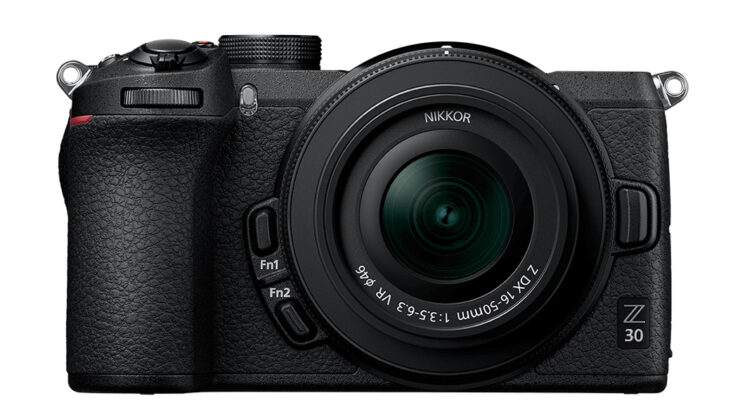 The Nikon Z30 has been long-awaited as an entry-level camera in Nikon’s mirrorless lineup. Thanks to the release of the DX-format Nikon Z50, we know that Nikon isn’t afraid of sharing its Z mount between formats. The Z50 essentially replaced the old D5x00 series bodies in Nikon’s DSLR lineup, but what about the D3x00 series?

Well, that’s where the hypothetical Z30 would step in. And a new camera registration spotted by Nokishita, suggests that the Nikon Z30 camera announcement may be coming very soon. The filing in Taiwan doesn’t explicitly name the camera s the Nikon Z30, giving it the codename “N2016”, but I think it’s unlikely that we’d see a Nikon Z50 II already.

The tweet from Nokishita includes the above image, stating that N2016, whatever it turns out to ultimately be, is a Z mount camera equipped with 802.11b/g/n/a/ac WiFi and Bluetooth and that it’s a Z mount camera utilising an EN-EL25 battery. While they don’t explicitly say that it’s a DX-format camera, the mention of the Nikkor Z DX 16-50mm f/3.5-6.3 VR lens compatibility makes it pretty obvious.

It’s also compatible with the Nikon SB-5000 speedlight (and presumably 3rd party Nikon gear, like Godox, Profoto, etc), but whether or not we’ll get high speed sync with the Z30 is another matter entirely. We don’t have it on the Nikon D3x00 or D5x00 series DSLRs, but we do get it with the Nikon Z50. So, we might get it with a Z30. Of course, it wouldn’t surprise me if this feature was left out of the Z30 to make it a selling point of the Z50.

One thing that’s rumoured to be missing from the Z30 that is on the Z50 is the electronic viewfinder (btw, the photo at the top is just a Photoshop mockup, not a product image from Nikon), forcing you to rely on the LCD on the back of the camera in order to see what you’re shooting. The compatibility list above, though, offers some hope. It says the new camera works with Nikon’s ME-1 on-camera microphone, suggesting that it will also have a 3.5mm microphone input jack.

Hopefully, this means that the Nikon Z30 will introduce a flippy out LCD to the Z mirrorless lineup like we used to see on the D5x00 series DSLRs. Because we sure ain’t got it with the Z50. If they do release the Z30 with a flippy out LCD, then it might just become an ideal vlogging camera – which was a very common use for the D5x00 series when people were still happy with 1080p.