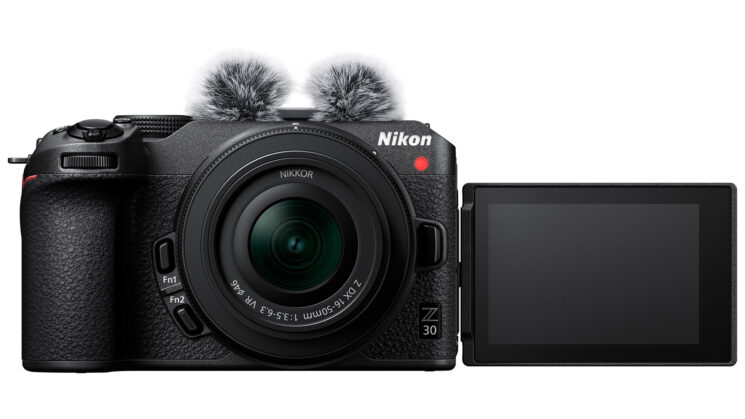 Nikon has officially announced the new Nikon Z30, its entry-level APS-C Z mount mirrorless camera. As the de facto replacement for the Nikon D3x00 series DSLRs, the Z30 actually offers a little more. Being targeted primarily toward video content creators and vloggers, the Z30 offers a flippy-out LCD and shoots 4K UHD video at up to 30 frames per second and 1080p at up to 120fps.

The 20.9-megapixel sensor it contains lets you shoot video for up to 125 minutes and can capture raw stills at an impressive 11 frames per second with full autofocus and exposure. For vloggers, a flippy-out touchscreen LCD lets you see yourself or your subject at all times and easily adjust your settings while the full-time video AF mode helps to keep the focus where it’s needed throughout the shot.

The Nikon Z30 features built-in mics that Nikon says are “crisp” and “clear”, although they’re still built-in microphones, so they’re probably not going to be that great. Fortunately, the Z30 actually contains a microphone socket, allowing you to use external mics like the Rode VideoMic GO II (review here) or Sennheiser MKE400 G2 (review here). It features Nikon’s Eye and Animal-Detection AF algorithms, which Nikon says primarily focuses on the eyes of humans, cats or dogs, “even if they momentarily turn away from the camera”.

It also has built-in Bluetooth and Wi-Fi for easy connection to SnapBridge to transfer photos and video over to your smartphone or tablet for easy sharing online. There’s also Type-C USB connectivity for live streaming and charging your camera’s battery – or both at the same time. and you’ve got a micro HDMI connector for sending a live preview out to a monitor. 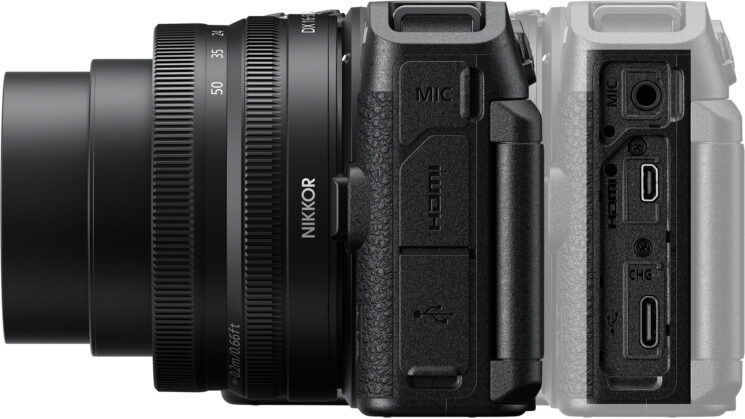 The specs read very similarly to the Nikon Z50, with very little difference at all. It has slightly (half a stop) better low-light autofocus performance with AF assist, and there’s no electronic viewfinder, but other than that they seem pretty close. This is kind of reflected in the price, though, because the Z30 is nowhere near as inexpensive as the D3x00 series DSLRs were.

The Nikon Z30 body only is $706.95, the Z50 is $856.95 and the Nikon Z fc – which is also basically just a Z50 in a different housing – is $956.95. Three cameras, all mostly the same on the inside but a bit different from each other on the outside. The Z30 has no EVF, the Z50 has no flippy-out LCD.  What is fantastic about all three of these cameras, though, and something that was distinctly lacking from both the D3x00 and D5x00 series DSLRs is high-speed sync flash. 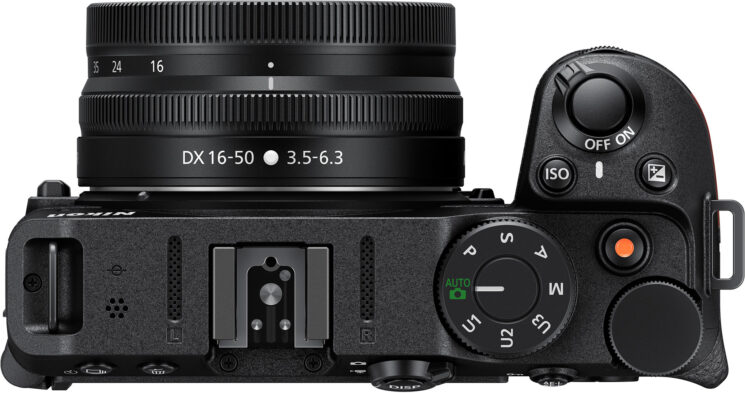 For an entry-level body, it does look that bad at all on paper – because it’s basically the same spec as the next camera up in the range. And if you don’t need the EVF but do want the flippy out LCD, it’s a good way to save yourself a little money. Not a massive amount of money, but enough to cover the cost of a Rode VideoMic GO II. It’s a shame that Nikon seems to have chosen to remove the option of a wired remote trigger or intervalometer from its entry-level mirrorless cameras, though.