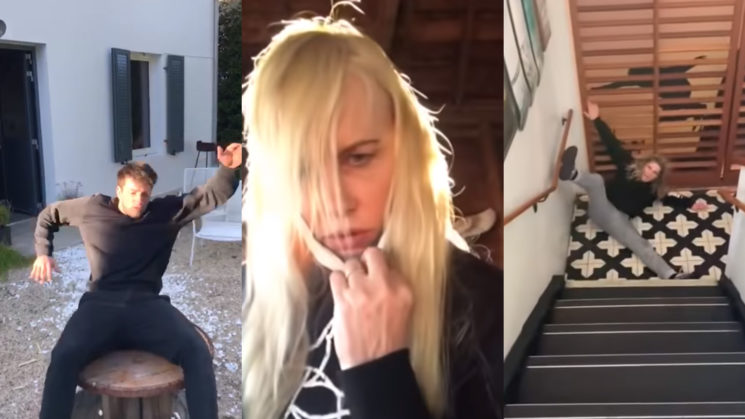 A couple of weeks ago, I stumbled across a video on Facebook by the people at Campus Univers Cascades in France, an educational centre specialised in training stunt techniques for cinema and TV. It shows a bunch of stuntmen and women having a virtual fight from their respective homes, and the final result is both brilliant and hilarious.

With most movie and TV sets around the world shut down due to the coronavirus, it’s a great and fun way for them to keep showing off their talents. But this isn’t the only one! It seems that the #cucchallenge is taking off in a big way, with even Hollywood actors getting in on the action!

A couple of days ago, another video popped up on YouTube. This time with an all-female cast, produced by New Zealand stuntwoman and actress, Zoë Bell. The Boss Bitch Fight Challenge features a lot of famous faces, including Daryl Hannah, Lucy Lawless, Drew Barrymore, Juliette Lewis, Rosario Dawson, Cameron Diaz, Margo Robbie, Zoe Saldana, Scarlet Johansson and a few others you might recognise!

It’s also reached South Africa, with this great video from the folks at the South African Stunt Association.

Stunt performers are the unsung heroes of the movie and TV industry, putting themselves in harm’s way there many actors won’t take the risk (or the insurance companies won’t let them). It’s great to see them still happy to entertain, even when they can’t show up on set.

These might actually be more entertaining to watch than some of the movies they’ve been in.