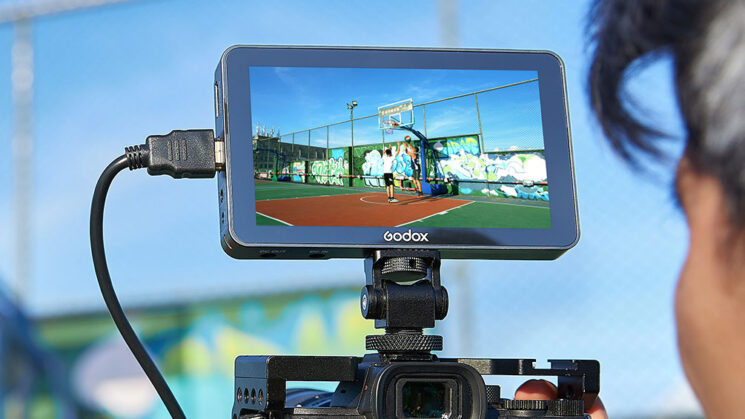 Godox seems to be testing the waters with a number of new product lines lately, outside of their usual lighting systems. Today’s it’s the turn of the Godox GM6S 5.5″ on-camera field monitor. It supports input resolutions up to 4K, has a 5.5″ touchscreen display that offers a brightness of up to 1200 bits. Information first started coming out about the monitor a couple of weeks ago but they’re now available to pre-order.

Despite supporting input resolutions of up to 4K DCI, like most on-camera monitors of this size, the display itself is 1920×1080. It can be powered from either a standard NP-F style battery, Type-C USB Power Delivery or through the DC input jack. It also supports DC output for powering other devices, like your camera.

The GM6S isn’t actually the first monitor that Godox has released. They actually announced the Godox GM55 last year. It, too, is a 1080p touchscreen that supports 4K DCI (but only at 24p) and 4K UHD video inputs.  The new monitor adds 25p and 30p to that 4K DCI input and also bumps up the brightness from a relatively boring 410 nits up to 1200 nits – which should make it much more easily visible in brighter conditions.

It features both HDMI input as well as HDMI passthrough output for plugging into a wireless transmitter, a second monitor for a focus puller, or a capture device, video switcher or streaming box. It also has a 3.5mm stereo headphone output for monitoring your camera’s audio – handy if your camera doesn’t have a dedicated headphone output! For power, it has a DC barrel jack input or Type-C USB-PD, the latter of which requires a power bank or charger capable of delivering 18W or higher. 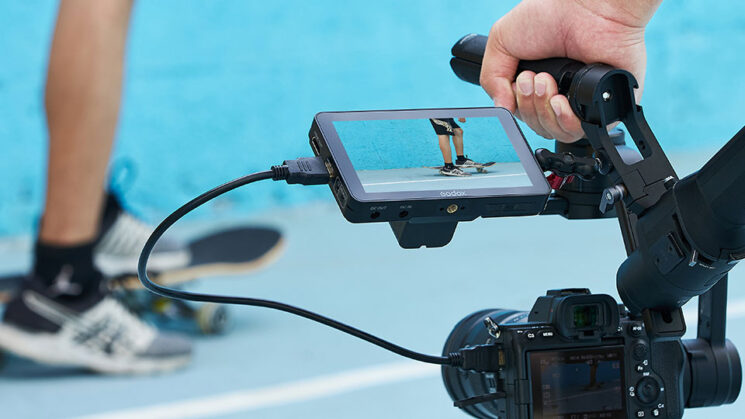 The monitor supports all of the usual assist modes, like focus peaking, zebra stripes, waveform, etc. and also offers 3D LUT support, letting you grade that flat out-of-camera LOG footage in the monitor to get a better idea of how the shot actually looks. And the Godox GM6S has a new user interface that appears to be much better with more convenient options than that of last year’s GM55. 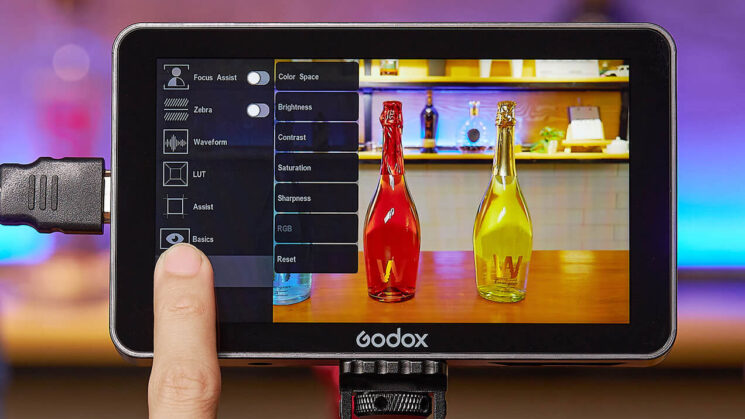 One particularly interesting feature of the Godox GM6S is remote camera control. Godox says that requires an optional “adaptive camera control cable”, but the GM6S provides the ability to control your camera’s exposure, focus and start or stop the recording from right on the touchscreen instead of your camera’s regular UI. Godox doesn’t specifically list which cameras work with this system, but they offer four cables ($15-17 each) with Multi, Micro USB, Mini USB and Type-C USB plugs and tell you to check your camera’s manual to see if it supports remote control over USB. 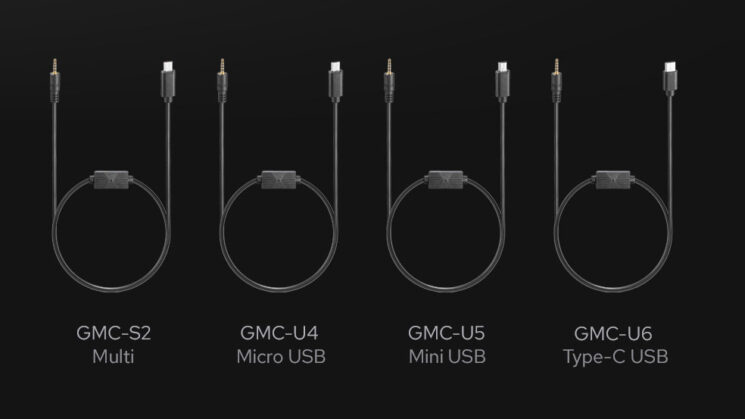 Godox says the GM6S field monitor is calibrated to Rec.709 for accurate colour with a “what you see is what you get” tagline. I guess that’ll have to wait until people see them in person, but Rec.709 isn’t much of a stretch these days, so I expect it’ll probably be ok in that regard. I’d be curious to see how well it holds up once LUTs start getting added into the mix.

The Godox GM6S field monitor comes with a hood, a cold shoe mount, HDMI to Mini HDMI, HDMI to micro HDMI and HDMI to HDMI cables and is available to pre-order now for $329. There’s no word yet on exactly when they plan to ship, but we’ll update this post when we find out.

It’ll be interesting to see how well Godox does in the monitor space if they decide to really pursue it. It’s a field that’s already pretty saturated by the likes of SmallHD, Feelworld, Atomos, Blackmagic, Portkeys, Andycine, Desview and more… Hell, even Aputure had a go at some a few years ago – although they appear to have given up on that idea now. So, what can they bring to the market that others aren’t already supplying?

« Report: Snap ditches Pixy selfie drone only four months after its launch
This marvelous aurora was shot from the International Space Station »