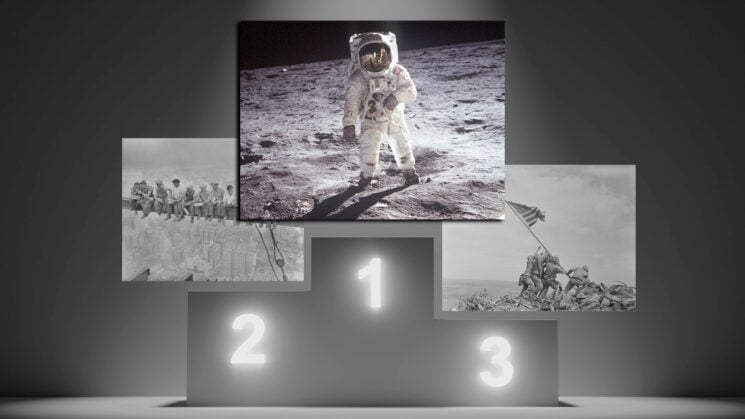 Have you ever wondered what the most famous photo of all time was? Is there a better day to ask that question than 19 August, World Photography Day? Well, of course not! Inkifi analyzed the most famous photos based on the number of reverse image search queries. According to their research, NASA’s “Man on a moon” photo takes the first place.

To make everything extra interesting, Inkifi also presents us with the runner-ups in this competition. There are also the most liked Instagram posts of all time, the oldest most famous photo ever, and more. Can you already guess what these are? No? Then keep reading, you’ve come to the right place.

The most famous photos of all time

So how do you determine the most famous photo anyway? Inkifi used what we all use nowadays: the internet. More precisely, they used a reverse image search to show the significance and reach of each image, looking at how often it appeared online. They used Bored Panda’s original list of 100 famous photos, and Artalistic’s list of 10 famous photos to get the original list.

Then, they used TinEye’s reverse image search to find which photos returned the most results, and determine which photos were the most famous. For the Instagram photos, Inkify relied on Brandwatch’s and Wikipedia’s lists and updated the number of likes for each photo to get our list of the most liked ones.

When looking at the most famous photographs ever taken, the iconic “Man on a moon” tops the list with over 31,000 reverse image search results. Right after it comes the 1932 image “Lunch atop a skyscraper” with 18,691 reverse image search results. In third place is another iconic image. Joe Rosenthal’s “Flag Raising On Iwo Jima” is considered one of the most recognizable images of the Second World War. 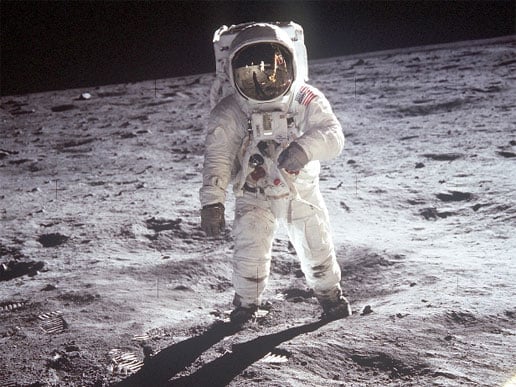 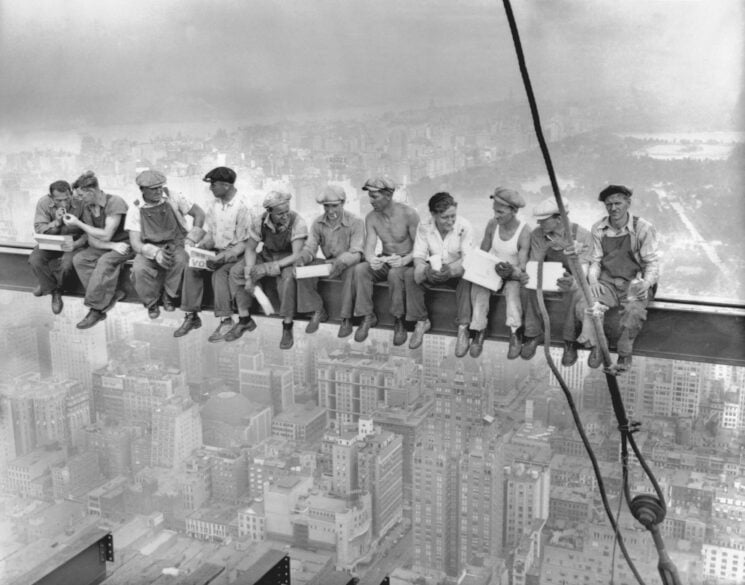 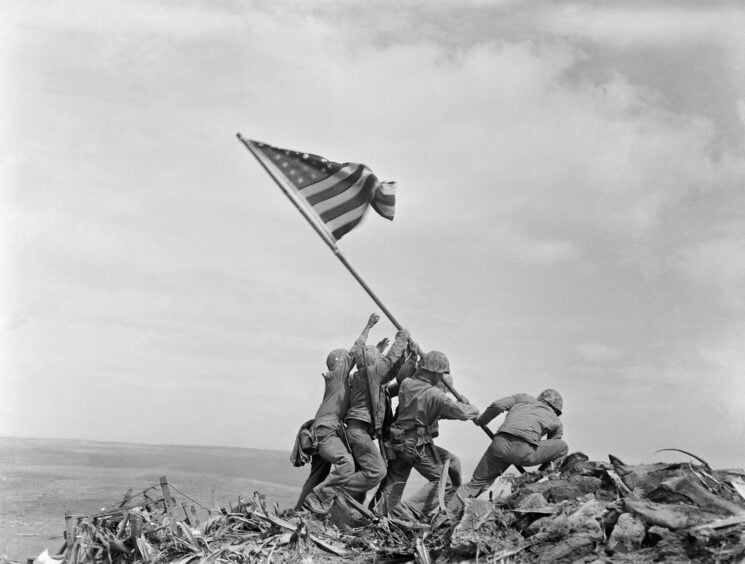 Here are the top 20 of the most famous images of all time judging from Inkifi’s results: 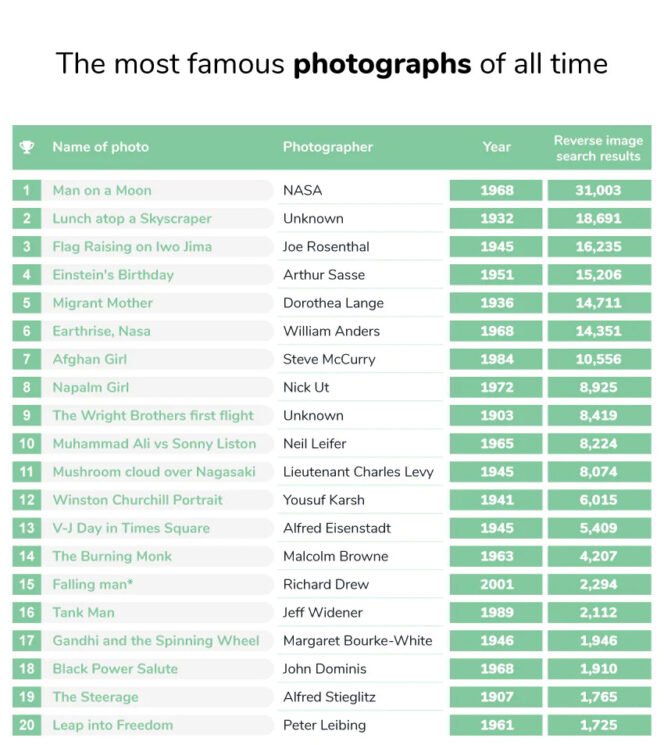 The oldest most famous photo ever is “The Wright Brothers’ first flight”. Taken on 17 December 1903, this image shows the first powered, controlled, sustained airplane flight in history. 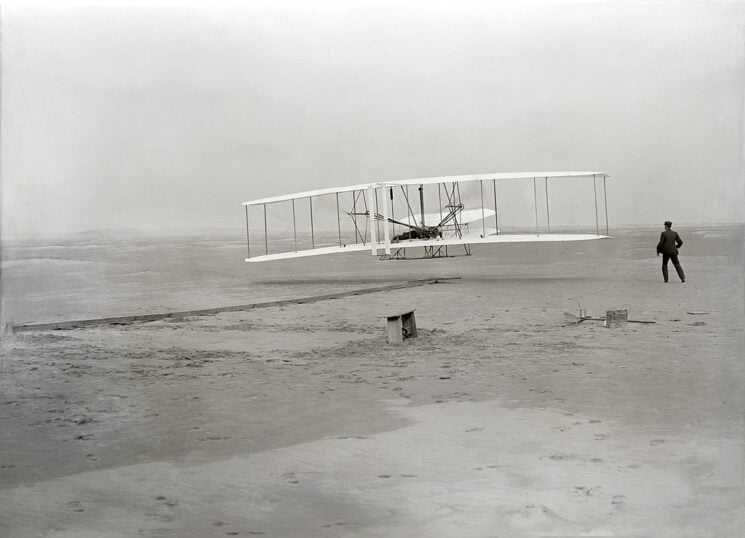 Determining the most famous Instagram photos is more straightforward: you just look at the like count. Believe it or not, that egg photo from 2019 still holds the record with 56.1 million likes!

The egg has 23 million more likes than the second most liked post, which shows soccer player Cristiano Ronaldo and his wife announcing twins. As for the third place, it’s the last (ad the only) photo of late rapper XXXTentacion, posted in 2018. At the same time, it’s the oldest photo in Inkifi’s list. 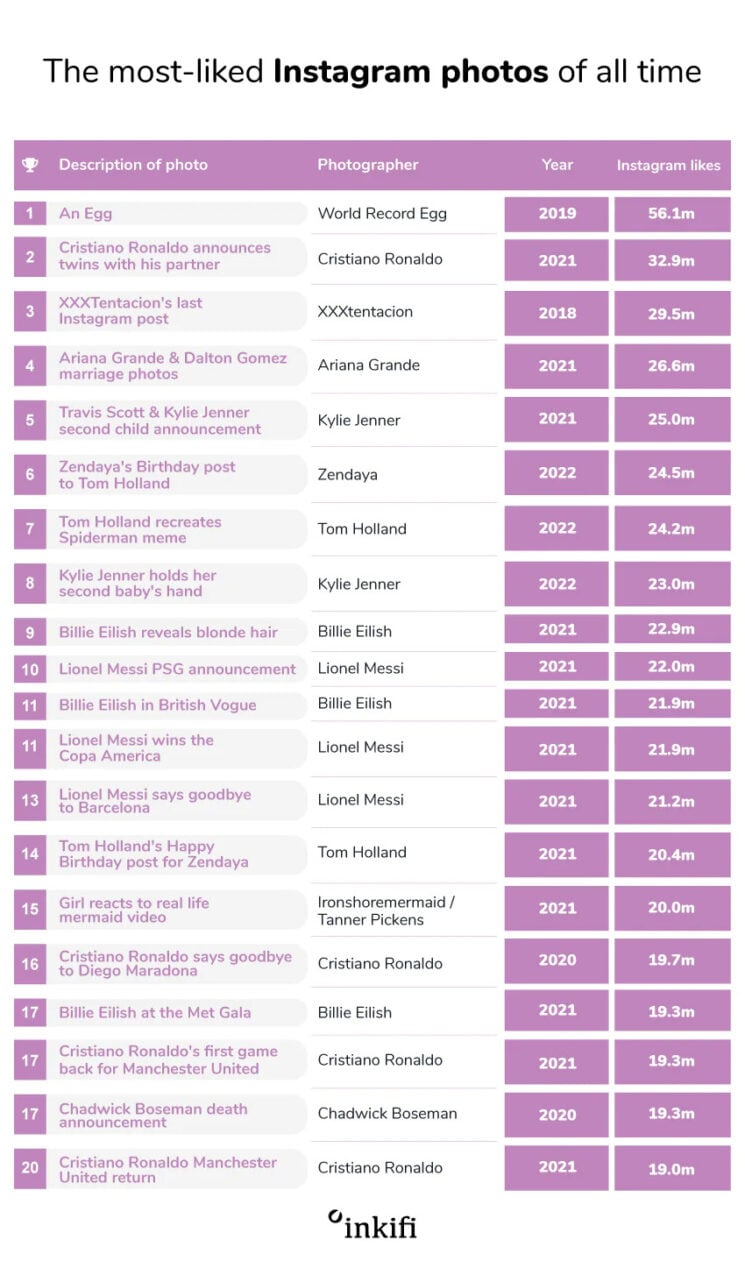 Did you guess any of the photos on the lists? Would you ever guess that “Man on the Moon” was the most famous photo of all time? Make sure to check out Inkifi to learn more about their research, and I wish you a happy Photography Day!

Behind The Scenes of a NASA Photo Shoot On The Moon

« Photoshoot crew: What do wardrobe stylists do?
Report: Snap ditches Pixy selfie drone only four months after its launch »